A business community based on the principles of ethics, sustainability and creativity (ESC) has been launched in Budapest, along with the 2022 Atlas Award. Both are the brainchild of well-known Italian expat Alessandro Farina, founder of ITL Group.

The Atlas World Community was unveiled for the first time on July 7, at Aranybástya (Golden Bastian). This beautifully renovated Castle District restaurant and café stands on the site of what was once a Turkish fortification, and later a palace designed by the acclaimed architect Miklós Ybl and commissioned by Count Menyhért Lónyay (1822-84), who served as Prime Minister of Hungary (1871-72).

“I come from an Italian family with a long entrepreneurial tradition. From a young age, I learned that entrepreneurs have a moral obligation to their predecessors and to future generations for building a better world,” says Farina of his inspiration for the award.

“We call this moral obligation an ‘ESC approach.’ These are the values that inspired the foundation of Atlas World [community], whose projects we hope will inspire other people facing this era of lightning-fast change to make a positive impact on our society.”

One such project, the Atlas Award was presented for the first time at the eighth Budapest Business Party in June 2019. It aims to reward those business leaders inspired by that ESC approach, whose companies are shaping a better world. Nominations for the 2022 award are open until September 18. 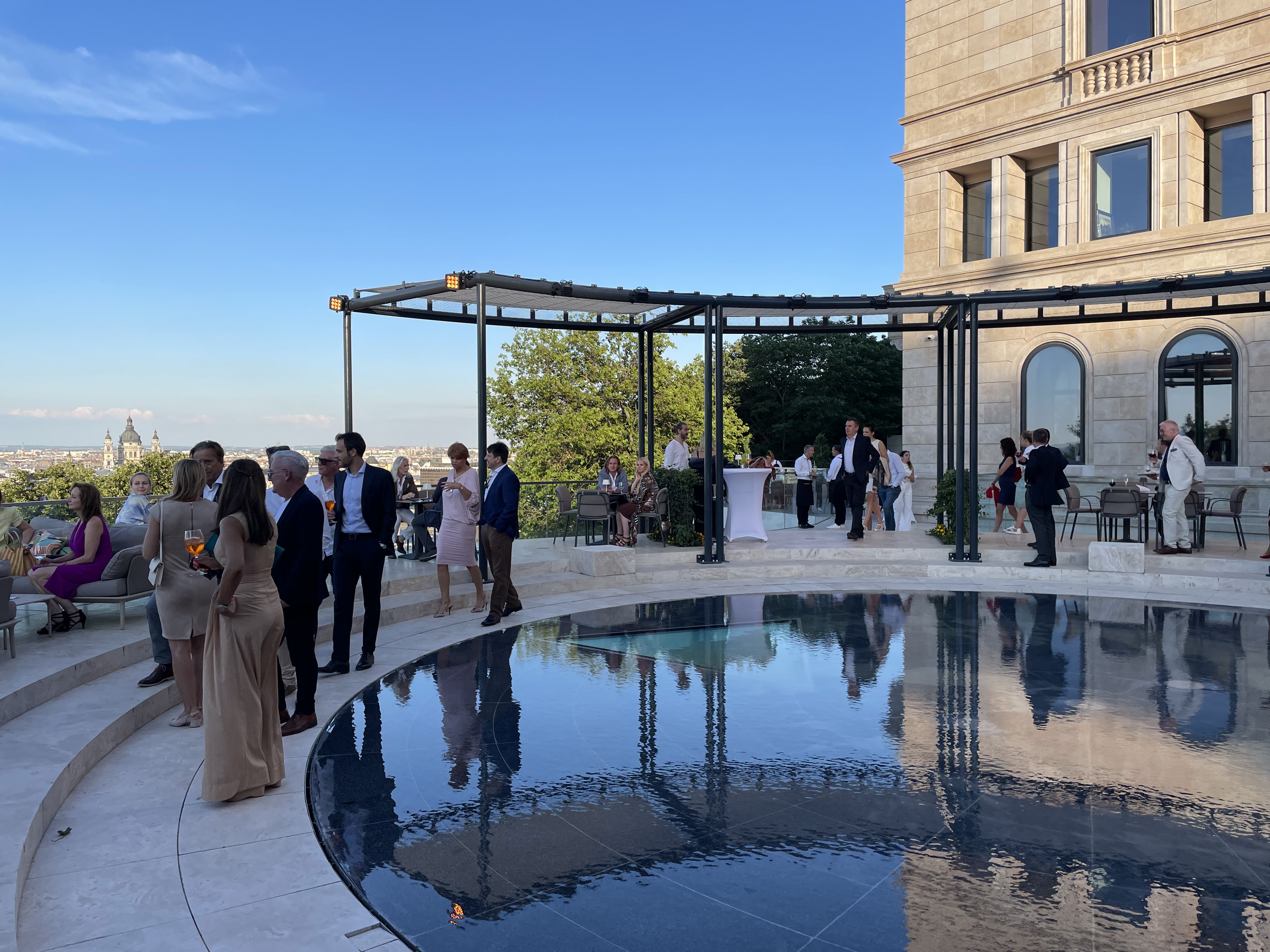 The inaugural Atlas World Community event at the Aranybástya, in the Castle District.

To create the prize, Farina turned to the Budapest-based Italian artist Marco Veronese, who produced a hybrid sculpture blending Atlas (the Titan of Greek mythology, who supports the world oh his shoulders) and the Vitruvian Man (the world-famous drawing by Leonardo Da Vinci which combines harmony and beauty in the human body). Two precious gems shine in the work: a ruby in the heart of the man, and an emerald marking Hungary on the globe.

Farina and Veronese unveiled the prize as the sun set on Aranybástya’s panaromic views over Parliament and the Pest embankment.

Two further Atlas World events are planned on September 6 and October 6, when the presentation of the inaugural Atlas Award will be made. You can learn more about the Atlas World Community and the award, and nominate prize candidates for the award, at atlasworld.hu.

The inaugural event was supported by several members of the Atlas World Community: Silvia Merighi, founder of MSP Group, Omar Balducci, sales director for Central and Eastern Europe of Lucart Group and Lucart Kft. spokesman, and Bernardino Pusceddu, founder of Comagro Sardo. The Budapest Business Journal is a media sponsor.