The National Bank of Hungary (MNB) has raised the base rate by 200 basis points as concerns over the economy rise, with inflation at heights not seen this millennium, the forint at record lows against the euro and the dollar, and the first half budget deficit edging towards 92% of the full-year target.

The economy, specifically inflation and the value of the forint, has Hungarians worried, at least if a brief survey of half a dozen shoppers in Buda’s Mammut shopping mall on Tuesday (July 12) is a fair measure: all but one expressed worries about both indicators.

The response of László Hevesi, 27, an actor from Budapest, was typical. “It’s difficult to determine [the main problem], but the economy is in a real mess, as the inflation numbers show,” he said.

Despite government assertions that the economic basics are sound, the negative assessment is understandable: in the week prior to the publication of this paper, data for June showed headline inflation had hit 11.7%, the highest in Hungary since 1998, and the forint had hit record lows against both the euro (HUF 416, briefly on July 6) and the U.S. dollar (HUF 414 on July 12).

In response, the MNB hiked the base rate by 200 basis points on Tuesday to 9.75%, with the forint regaining some ground as a result against both major currencies, with the euro trading at around HUF 408 to the euro at the time of going to press on Wednesday morning. (It had been a scheduled meeting of the Monetary Council, but not one of the monthly rate-setting meetings; that was slated for July 26.)

“The 200 bp increase [….] has resulted in the most aggressive amount of monetary tightening in decades,” Liam Peach, Emerging Markets Economist with London-based think tank Capital Economics, wrote in a note after the announcement.

Although the rate rise had been foreshadowed by the MNB raising its one-week deposit rate by a similar 200 basis points the previous week and was therefore largely symbolic, as Peach noted, the latest move means that the base rate has increased by 915 bp since May last year.

This represents “the largest tightening cycle since the 1987-91 cycle,” the period encompassing the collapse of communism and the first years of democracy, he stressed. 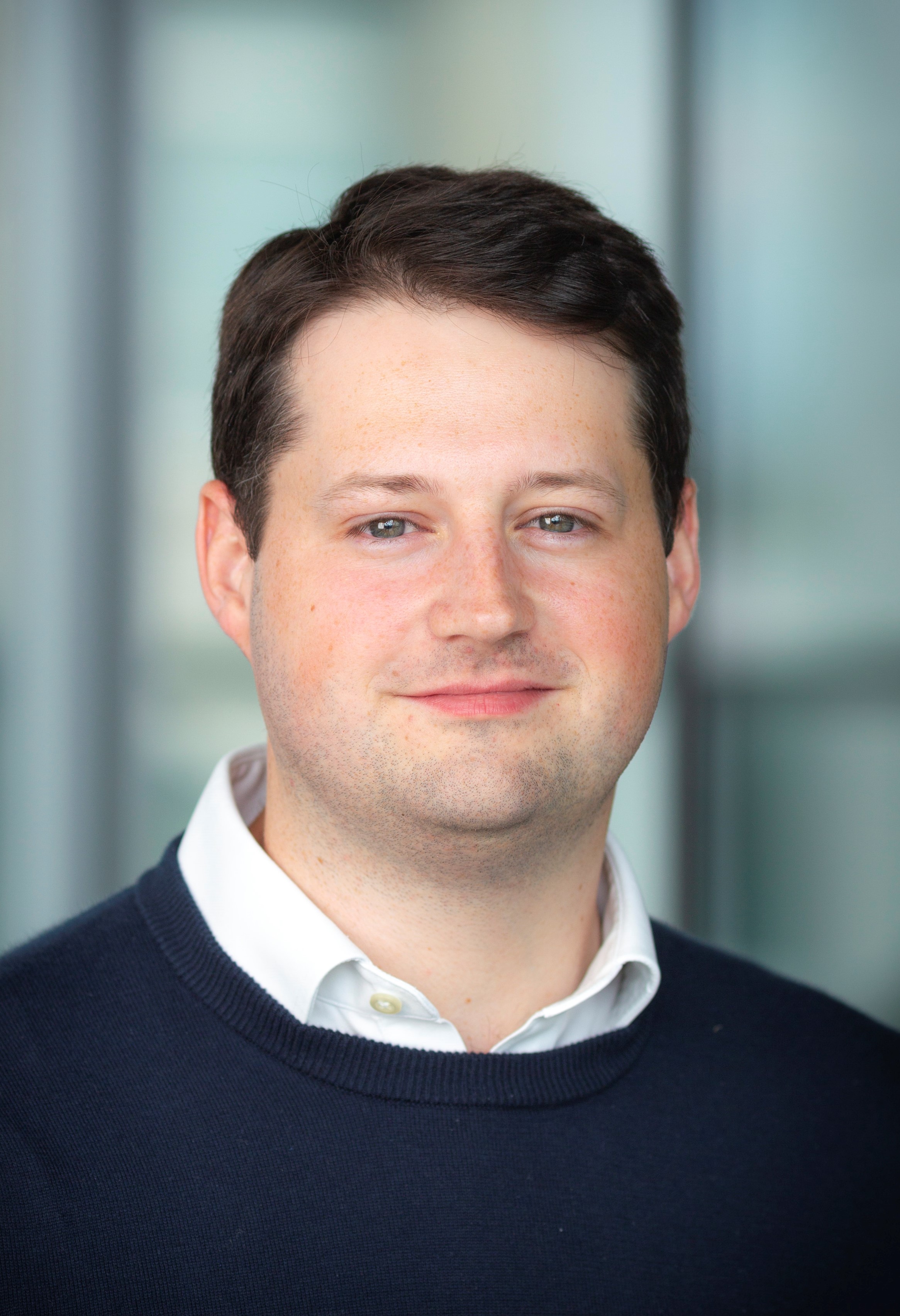 As a result, “With fiscal policy tightening too and the Eurozone on the verge of recession, all the signs point to a sharp economic slowdown this year. [….] Overall, we expect Hungary’s economy to stagnate over the next three quarters, causing GDP growth to slow from 8.2% year-on-year in the first quarter of 2022 to less than 1% year-on-year in the second quarter of 2023,” Peach predicted.

Such a gloomy prognosis is far from the latest calculations of the central bank, which early in July nudged up its forecast for GDP growth this year to 4.5-5.5%, based on strong growth of household consumption of some 8.5%. However, even the MNB, which has a track record for optimism, has raised its inflation outlook to 11-12.6% for this year.

What are the problems? One issue is the protracted wrangling over the release of the European Union’s Recovery and Resilience Facility (RRF), funding created to help EU member countries overcome the economic hit caused by the COVID pandemic.

These were originally calculated at some EUR 7.2 bln for Hungary, but the European Commission has taken a surprisingly tough line on how it is spent, voicing concerns about the rule of law and corruption over awarding contracts.

The government has been insisting for some time now that it has complied with all the EC’s requests and that any delay is due to opposition lobbying in Brussels. Yet, the commission has remained tight-lipped on its own views on the government’s latest filings and the financial markets, possibly remembering Prime Minister Viktor Orbán’s stonewalling talk on an IMF loan deal from a decade ago, don’t seem to trust the Hungarian government’s promises fully.

In addition, the government has been pushing the line that the soaring inflation is a result of the war in Ukraine and poor policy decisions “by Brussels.” It is also quick to point the finger at others, saying inflation is a global phenomenon and that without its efforts to “protect Hungarian families” by, for example, capping utility, auto fuel and some food prices, things would be significantly worse.

But independent analysts note that inflation in Hungary was running at 8% before the Russian attack on Ukraine. Moreover, many insist the price caps are unsustainable and merely building up trouble for the future.

“Due to the [various] price caps, the interest rate caps, there is suppressed inflation in Hungary. The real inflation rate would be much higher, amounting to some 15-16% without the government measures,” Miklós Losoncz, professor of economics at Budapest Business School, told foreign journalists on July 8.

But such interventions, made for political purposes, come “at a price,” he said. While the government budget cuts meant some savings in state spending after the elections, it continues to insist on “some political priorities,” such as the utility price caps.

“This will lead to subsidies to MVM, the Hungarian energy company, for some HUF 1,000 bln-1,500 bln [this year]. How to finance this subsidy? This is the price of maintaining the reduced overhead costs.”

In addition, the controversial taxes on companies in sectors deemed to have made “extra profits” as a result of the COVID pandemic and the Ukraine conflict “distort the market and have unfavorable repercussions,” Losoncz said, arguing that the tax on pharmaceutical companies would likely mean a reduction in the quality and range of medicines available in the future.

Moreover, there was the inherent contradiction in that while the “extra profit” taxes targeted an additional HUF 815 bln for the state budget, “at the same time, the government envisages tax allowances totaling HUF 321 bln to corporations. So, on the one hand, the government is imposing extra taxes on certain companies, and on the other, it is ensuring tax preferences [to others],” Losoncz said. He added, “Of course, the structure of the two pools of companies is different.”

Meanwhile, back in the Mammut mall, your correspondent found a happy exception to the dissatisfied majority. Asked for her thoughts on the economy, Dr. Margit Pálffy Palotás, a retired pharmacist, replied: “The situation is that I love shopping, though I can’t buy as much as I used to because my family keeps expanding. But everything’s OK, more or less.”

Unexpected legislation fast-tracked through parliament this week that the government says will plug tax loopholes has sparked protests from various professional bodies and fomented street demonstrations in Budapest and provincial cities.

The moves affect the so-called Kata simplified tax system, used by an estimated 450,000 entrepreneurs and small businesses to avoid paperwork and bookkeeping fees.

Speaking in the limited debate in parliament on Tuesday (July 12), State Secretary András Tállai of the Ministry of Finance said the scheme had been “extremely successful” but had been abused, with companies effectively employing staff as freelancers to avoid paying social security payments.

In its new iteration, except for taxi drivers, Kata will only be available to self-employed individuals for their primary occupation and only to those who serve private individuals, not companies or legal partnerships.

Critics, which include associations representing employers, accountants, and doctors, say this will effectively kill the tax altogether, as the vast majority of current users inevitably serve all forms of customers. Furthermore, making the law effective from September, during the current tax year, will create administrative chaos, they charge.

Opposition MPs denounced the bill as unworkable, saying it is a sign of desperation on the part of the government to make up for the massive budget deficit caused by its pre-election spending spree.

Peaceful street demonstrations in Budapest on Tuesday closed the Margaret and Elisabeth Bridges for periods during the day.

This article was first published in the Budapest Business Journal print issue of July 15, 2022.