Although fifth-generation mobile connectivity is just starting to unfold in Hungary, some people are already talking about the next generation 6G, although it is likely at least a decade away. In the meantime Hungary has seen some interesting 5G developments, which is welcome as the demand for mobile data has grown significantly this year, lifted by COVID-19 lockdowns.

On March 26, Hungary’s National Media and Infocommunications Authority (NMHH) awarded 5G spectrums to Magyar Telekom, Telenor Hungary and Vodafone Hungary at an auction that brought in a combined HUF 128.5 billion for the state for spectrum in the 3600, 2100 and 700 MHz bands.

Licenses are valid for 15 years with a one-time, five-year extension possible, for an additional licensing fee. No participant submitted bids for spectrums in the 2600 MHz band.

In terms of 5G readiness, Hungary is among the leaders in the region, despite being ranked 21st of 28 European Union member states on the European Commission’s Digital Economy and Society Index (DESI), an annual assessment of digital progress. Hungary scored an overall 47.5 points in 2020, up from 42.3 points in 2019, but still below the EU average 52.6 points.

“Based on data prior to the pandemic, Hungary ranks most highly on broadband connectivity. It is among the leaders in the take-up of at least 100 Mbps broadband, 5G readiness, and also scores well in overall fixed broadband take-up,” says the DESI country profile.

It notes, however, that the country still lags in digital public services and in the integration of digital technologies in businesses, while more than half of the population lacks basic digital skills and software skills.

There is clearly room for improvement, but recent progress shows a busy digital landscape with many developments in the pipeline. While the three main telecommunications service providers are supplied with the frequencies needed for 5G and are working on expanding their 5G networks, there appears to be no exact date for the launch of commercial 5G service yet.

This is largely influenced by current market needs and 5G rollout is already underway and is urgently needed as some existing technologies are no longer capable of satisfying users’ demands.

Although the emergence of 5G has seen conspiracy theories emerging globally, especially concerning the possible negative or harmful effects of radiation, and even a supposed link to the cause of COVID. However, experts have insisted that 5G is safe.

“The emergence of new technologies may always cause concern. The exposure to new base stations and mobile handsets is limited by international and domestic regulations,” Tamás Csaba, chief network strategist and senior advisor at Telenor Hungary tells the Budapest Business Journal.

“In Hungary, strict health limits in line with EU regulations have to be observed. In order to protect human health, compliance with regulations and limits is regularly verified by measurements completed by the regulatory authority,” he says.

“The health impact of electromagnetic radiation used for the purposes of 5G and 4G or other purposes (e.g. Wi-Fi) are virtually the same. As a mobile operator, Telenor considers it important to educate the market and involve other players in thinking about 5G models,” Csaba adds.

Vodafone says it expects to reach full 5G-coverage for the capital soon, with its 5G station numbers expected to reach 300 country-wide. Under a recently signed cooperation with the Budapest University of Technology and Economics (BME), Vodafone Hungary is providing the university with 40 MHz of frequency for research and development purposes.

“The engineers of Vodafone everyday work on providing high quality, high capacity and secure network for its customers,” the company says, with the aim being to deliver new generation mobile network experiences to hundreds of thousands of clients.

Vodafone says the development of the 5G network is of key importance. The telco says it will look to deliver the benefits of the new generation technology to industries, agriculture, logistics and transportation first, although country-wide 5G coverage is the ultimate goal, or course.

Magyar Telekom launched commercial 5G services in April and expanded its coverage in August to 23 settlements around the country.

“At Magyar Telekom, we have been working for years on contributing to the digital development of Hungary, making our customers’ everyday life easier, more limitless through our devices and services,” Tibor Rékasi, CEO of Magyar Telekom, said when announcing the expansion of its 5G coverage earlier this year.

“Our giga strong network provides a sound basis for that, and we have reached a new milestone in its development. We are proud that our gigabit bandwidth network is available at 2.2 million points: that is for 40% of homes and businesses in Hungary, and that gigabit speed is also available in our 5G service” Rékasi added.

As Hungary’s telcos race to reach wider coverage, growing user demands will be served by a mix of 4G and 5G technologies in the near future, especially in high traffic areas, until the new technology gradually phases out the old. 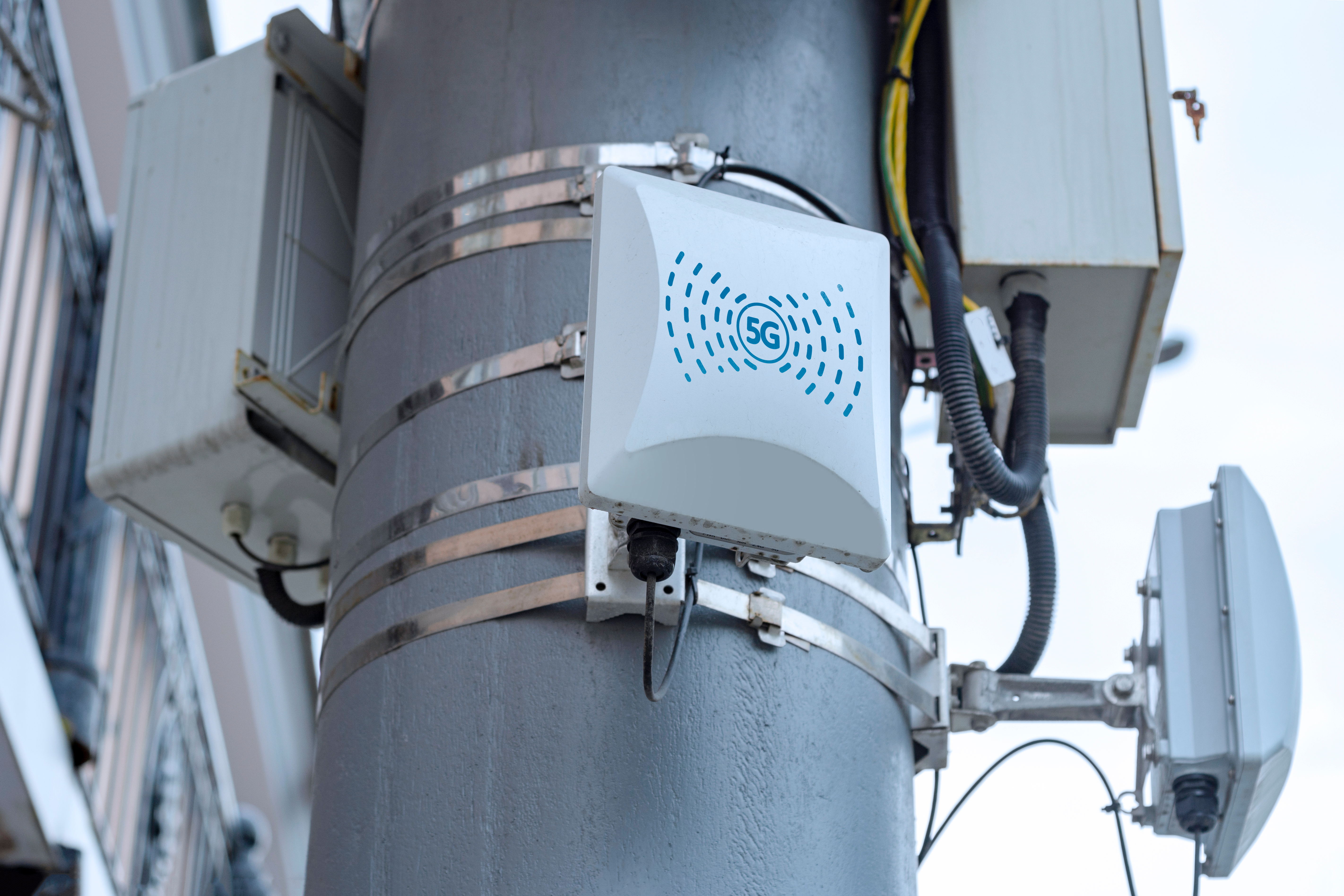 5G cellular repeaters on a post. Photo by Lisic / Shutterstock.com

Data traffic of mobile networks up in Q3 2021