Les Nemethy and François Lesegretain’s last corporate finance column was on the subject of mergers and acquisitions (M&A) and concluded that M&A appears very robust over the past few quarters in Central Europe. Here they argue the same conclusion may also be reached for Venture Capital (VC).

Europe-wide, the volume of financing has increased steadily over the past decade:

VC activity is fairly well spread among Western European and Nordic countries, with only 2% of European VC activity emanating from Central Europe:

Despite the small numbers, however, there has been a steady increase in VC activity in Central Europe over the past decade.

As the chart below indicates, 2020 saw a major increase in VC activity, with Q4 2020 numbers exceeding the annual 2019 number by a wide margin, despite COVID-19.

It seems that both the VC industry and the companies being financed learned to deal with COVID, thanks to Zoom calls and virtual data rooms. It will be interesting to see whether the most recent wave of the pandemic will cause any setback in VC financing during the first half of 2021.

Poland was the dominant country in the Central European VC industry, thanks to its population. Estonia packed an amazing punch, way beyond its population, and Hungary ranked third:

The Polish breakdown above demonstrates the dominance of Q3 and Q4 VC activity in that country. In Estonia, Q2 was the strongest quarter.

Follow-on rounds represented over 90% of the overall value of European VC deals in 2019 and 2020.

It seems that COVID-19 has not curbed valuations or round sizes in the European venture capital ecosystem.

It is important to note that investing in VC is very risky. As of 2019, European startup failure rates are around 90%: 21.5% of startups fail in the first year, 30% by the second year, 50% by the fifth year, and 70% by the 10th year, according to National Business Capital and Services. Quite a few venture funds themselves go out of business. 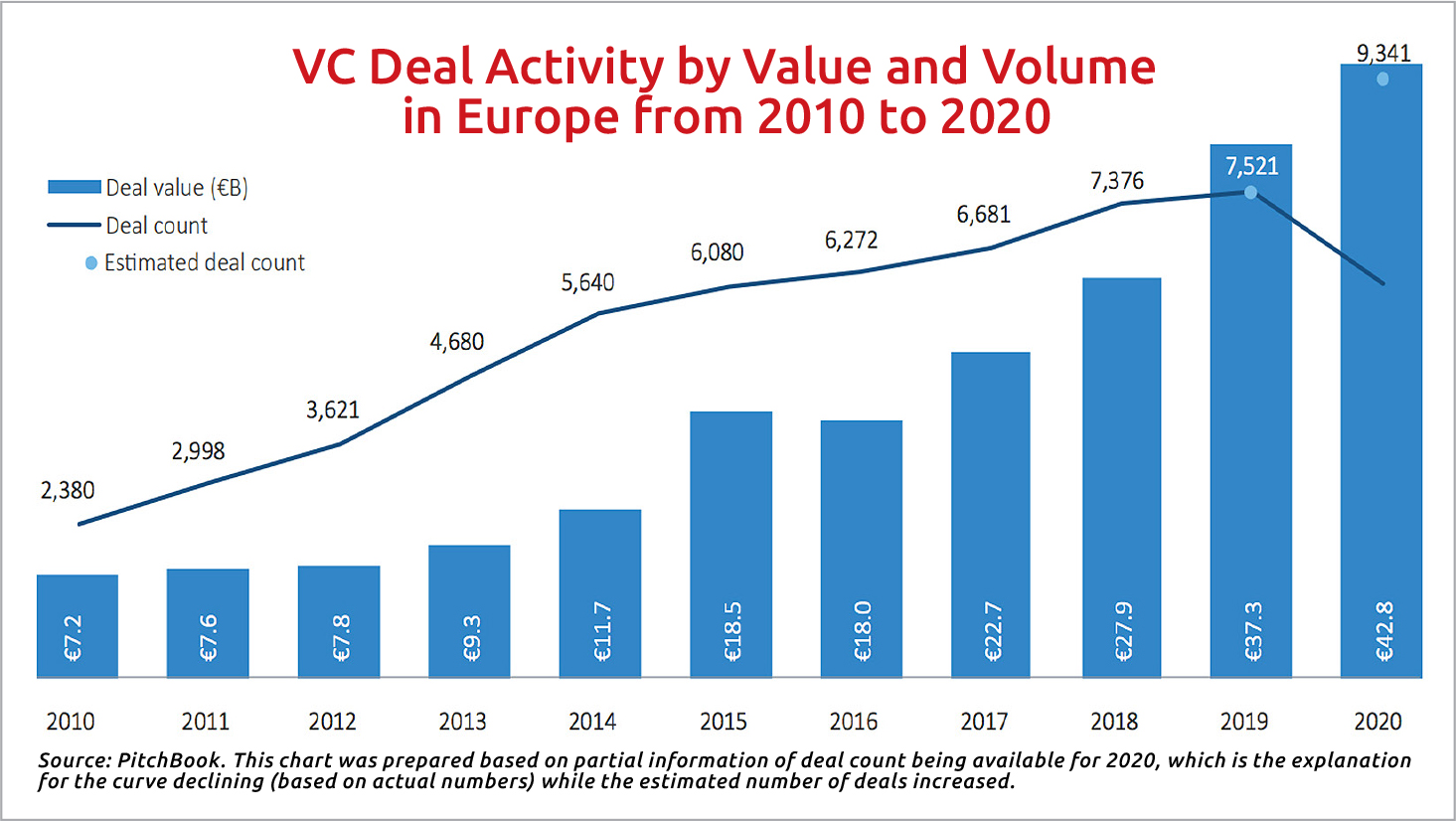 For those interested in investing into the VC space, there are at least three levels of investment.

• One can invest direct into start-up companies. Under this scenario, given the high number of ventures that go bankrupt, it is best to invest in a portfolio of companies, to diversify risk.

• One can invest into a private VC fund.

• There are also a number of publicly listed entities that perform investments into startups; although we are not aware of any such public vehicle in Central Europe, there are a few in the United States.

It is heartening to see the evolution of the VC markets in Central Europe. Every successful exit contributes to a class of new investors, the “smart money” that can help with subsequent startups, as well as a group of young entrepreneurs who would like to emulate the success.

Les Nemethy is CEO of Euro-Phoenix Financial Advisers Ltd. (www.europhoenix.com), a Central European corporate finance firm. A former World Banker, he is author of Business Exit Planning (www.businessexitplanningbook.com) and a past president of the American Chamber of Commerce in Hungary.

Sió-Eckes to partner with beekeepers assoc

Sió-Eckes to partner with beekeepers assoc