The Kempinski Hotel Corvinus Budapest marked the 30th anniversary of its opening with a party for partners on September 29, showcasing 30 years of culture and gastronomy.

Among other things, the party featured a concert by Károly Nyári, the Budapest Jazz Symphonic Orchestra that he founded in 2016, his daughters Aliz and Edit, and his son Károly Nyári Jr. The musician, who built his career for 14 years in the Netherlands before returning to Hungary, started out as the pianist and singer at the Kempinski Bar for seven years, playing from 10 p.m to 2 a.m. six days a week, during which time he performed with the likes of Michael Jackson and Robbie Williams

Other attractions at the party included carving stations throughout the hotel’s Infinity Room event venue, a live presentation of carving a whole tuna, and, of course, a giant birthday cake.

The Kempinski Corvinus was the city’s first purpose-built joint-venture five-star hotel after the political changes and officially opened its doors on September 11, 1992. The exact date of the hotel’s anniversary was marked with a staff brunch outside Budapest. 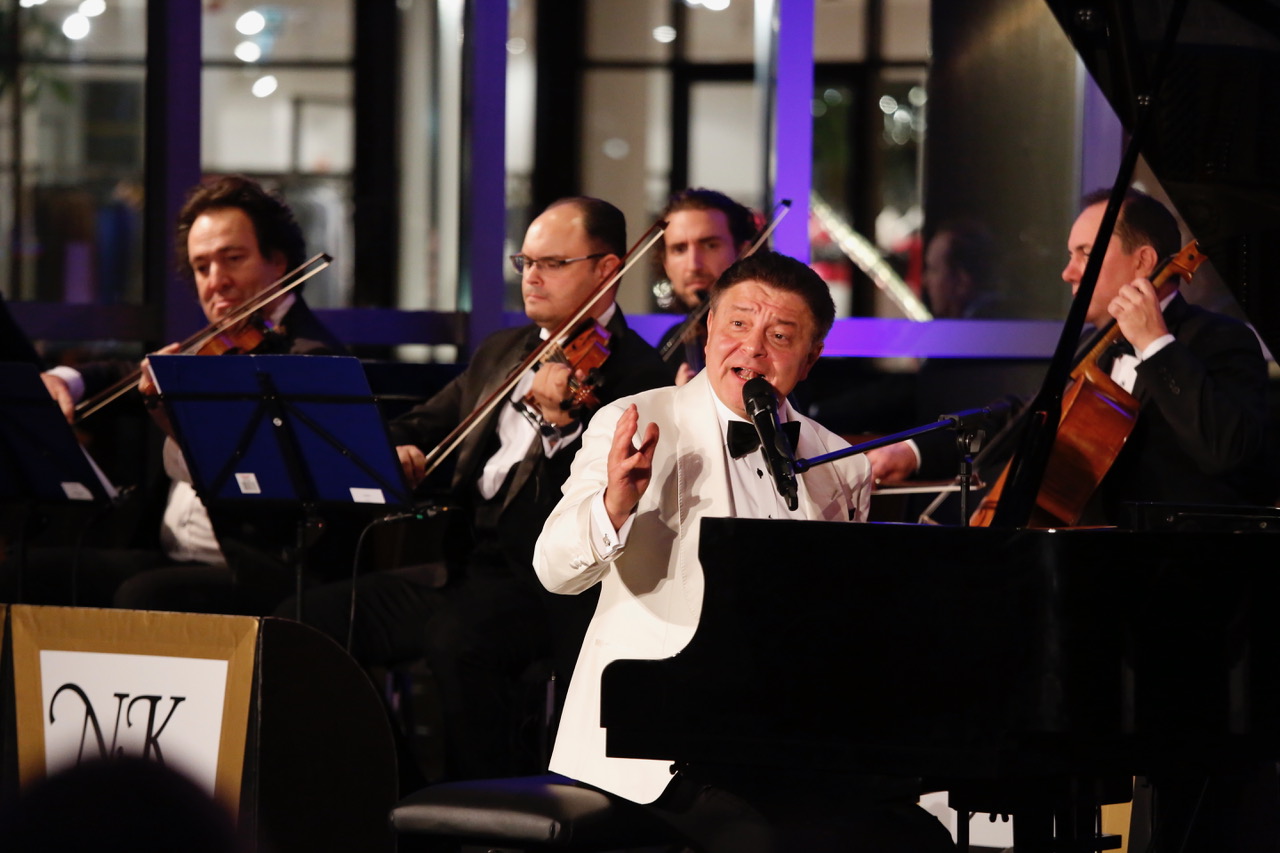 “I have managed this wonderful hotel for 15 years out of the past 30 of its operation,” said Stephan Interthal, the popular general manager of the hotel, speaking at the party.

“Budapest, which is my second home by now, became a cosmopolitan metropolis before my eyes. In 1997, when I arrived for the first time, the city was very different, and today, Budapest surpasses several famous capitals in many aspects. I would like to thank all those who have accompanied and supported us over the years: our owners, Kempinski Hotels, partners, guests, colleagues and friends,” he added. “I have a big place in my heart for Hungarians, their kindness and hospitality.”

The hotel is well known for its professionally curated Corvinus Art Collection, and party guests were presented with a copy of the recently published booklet “Storytelling Suites.” Five leading Hungarian writers were invited to spend a night in the Art Collection Suites and write a short story inspired by the rooms and the works of art there.

The hotel is also inviting travelers from around the world to join the celebrations by booking the “30 Years Kempinski Budapest Anniversary Package,” valid until December 29, which includes, among other things, a lavish buffet breakfast, an anniversary cocktail, and a 25% discount on fully flexible rates when staying for a minimum of three nights or more.

This year sees another significant milestone for the parent Kempinski Hotels group, which is also celebrating its 125th birthday.

This article was first published in the Budapest Business Journal print issue of October 7, 2022.