It may have been a torrid time for anyone who’s running an airline, but the CEO and co-founder of Wizz Air, József Váradi, has found that his fledgling winery, Juliet Victor, is not only taking off, but also landing some great prizes.

This seriously hard to attain gong is awarded to the top 50 wines of the DWWA, which represents just 0.3% of the total of 16,518 wine tasted. The lucky few to be selected have been re-tasted three separate times by the esteemed judges, including many Masters of Wine.

Not only skilled in sweet wines, in which Tokaj in general excels on a worldwide scale, the Juliet Viktor winery also claimed the top dry white wine (23rd position overall) at the Winelover’s 100 legjobb Magyar Bor (100 Best Hungarian Wines) awards, as well as 96 points and a gold medal at DWWA.

Juliet Victor’s single-vineyard Bomboly Furmint 2017 was praised by Winelover’s judges for its appealing spiciness from the barrel, along with golden delicious apple and Williams pear, plus exotic nuts like pecans and Brazil nuts, and its remarkable concentration and acidity that will enable this wine to age beautifully.

This all marks remarkable progress for this young winery that has plots in prime vineyards around Mád. Incidentally, “Juliet Victor” is a play both on Váradi’s own initials, and aviation’s phonetic alphabet of: ‘J’ is for Juliet and ‘V’ is for Victor.

The 100 legjobb Magyar Bor took in Hungarian wines that have won prizes in leading foreign and a few domestic wine competitions. The judges, including myself, then tasted those wines blind using a 100-point system and then ranked the best from 1-100.

Tokaj’s botrytized wines are considered by many wine critics as the best sweet wines in the world, so it comes as no surprise that positions 1-15 were taken up by these wines, which took in different styles of Tokaj’s sweet blend.

Top spot was claimed by Royal Tokaji Essencia 2008 (HUF 120,000 for a 0.375-liter bottle from wineloverswebshop.hu), which is only the sixth vintage of Essencia released by the winery since it was founded in 1990.

Essencia is made solely from the free-run juice of noble-rot afflicted aszú berries, whereby the grapes are picked one-by-one and then stacked on top of each other.

The raisin-like, shriveled aszú berries have been attacked by the Botrytis cinerea fungus, which is activated and encouraged in the fall by morning fogs caused by the unique humidity in the Tokaj region, partly due to the rivers of the Tisza and Bodrog converging in the area, and the sunny days. Botrytis cinerea greatly concentrates the sugar, acidity and flavor in berries, as the water diminishes.

Royal Tokaj used Furmint and Hárslevelű grapes to make this winning wine. The weight of the grapes results in the extraction of a slow but ultra-concentrated flow of must that is put into glass demijohns to ferment for several years.

It is so sugary that it only ferments to 4% alcohol as the yeasts cannot work efficiently and to full capacity in such a sugar-rich environment, leaving residual sugar content of a minimum 450 g/l.

Approximately 20 kg of botrytized aszú berries are usually used to make a 0.375 liter bottle of this extraordinary, nectar-like, sumptuously sweet stuff that coats the inside of your mouth like honey.

Essencia can act as a trump card in blind tastings, as it did here, blowing everything else out of the water, although its steps so far out of the usual wine spectrum with its very low level of alcohol and incredibly high residual sugar that it could be debated as to whether it is actually wine.

Last year, the British-owned Royal Tokaji winery made a splash in the wine trade when it launched what it claimed to be the world’s most expensive wine – a 1.5 liter bottle of 2008 Essencia – that cost a mere USD 40,000 dollars a pop.

It was even more concentrated than its smaller sibling from the same vintage, with some 181kg of botrytized grapes going into each of the 1.5 liter decanters. Just 18 magnums were made of this wine, which is often served in a dessert spoon rather than a glass.

The number two selection of Winelover’s 100 best Hungarian wines was a rather more affordable 5 puttonyos aszú (a style that strikes a lovely between acidity and residual sugar that peaks at 150 g/l) from the 2011 vintage by the ever-reliable Disznókő (HUF 10,910 from the same website).

Tokaji Aszú has serious history and is made from a centuries-old process (yet is boosted and made fresher by modern technology that is so well utilized by the likes of Disznókő), which is unique compared to the other botrytized wines of the world.

The botrytized berries are picked one-by-one in several sweeps of the vineyard, and are steeped in a base wine made of regular ‘healthy’ late-harvest grapes that have not been hit by botrytis. To add to the historical aspect, a lot of aszú comes from the first vineyards to be officially classified in the world.

Szamorodni (like the aforementioned Juliet Victor wine) from Tokaj is made in the same way as other great sweet wines like Sauternes (from Bordeaux), with the bunches comprising both regular and botrytized grapes picked together, and then pressed, and fermented.

Interestingly, the highest placed Szamorodni took 12th position, and came from the Bomboly vineyard (as did Juliet Viktor’s top-placed dry wine), and was made by István Balassa.

The highest placed dry wine in the Winelover’s 100 best Hungarian wines list was a red from Villány, which has become the Hungarian epicenter of the originally-French Cabernet Franc grape; so much so that Cab Franc wines from this warm southwestern region now carry the Villányi Franc moniker. 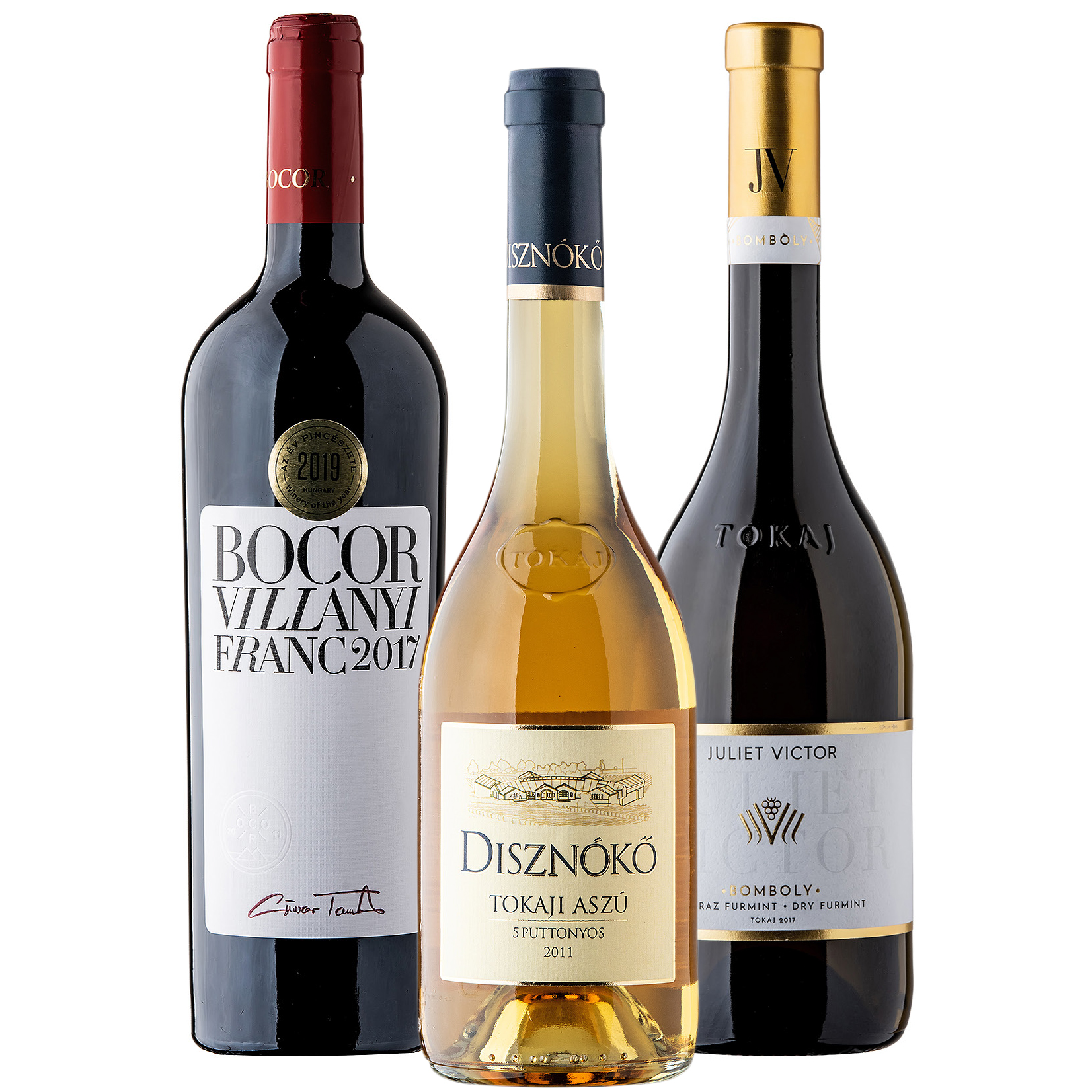