For the most part, the wine industry has continued to suffer the ill effects of the COVID-19 pandemic, though some players experienced a busy summer, and there have been signs of recovery.

Péter Váli, winemaker and owner of Válibor in the volcanic Badacsony region on the northern shores of Lake Balaton, told the Budapest Business Journal on August 9 that the on-trade (sales through restaurants and bars) was seriously suffering in Budapest, yet booming in the wine regions themselves as well as in restaurants in other rural areas, as a large number of Hungarians staycationed.

“Tourism beyond Budapest is good, but the center of Budapest is empty [of tourists], and it is full of restaurants. Budapest is not too familiar to Hungarians, who don’t appreciate its thermal baths, fabulous architecture, theaters, riverside setting, and so on. Brits go to London, the French go to Paris, but Budapest is not high on the list for Hungarians living in other parts of Hungary,” he said.

Nevertheless, as I walked around downtown Budapest just a couple of days after speaking to Váli, I was surprised at the sudden increase in tourists occupying central spots, which has continued unabated since then. While several Michelin-starred restaurants remain closed, two Budapest eateries – Essência and Salt – have each recently been given their first Michelin star.

László Mészáros, managing director of Tokaj’s French-owned Disznókő, the first significant estate you encounter as you enter the Tokaj region and which is delightfully surrounded by its own sloped vineyards, told the BBJ in July that he was optimistic regarding buoyant domestic tourism in the summer.

However, speaking to him again this week, he said that the anticipated large numbers of domestic tourists had not materialized in the Tokaj region.

“It appeared that a lot of Hungarians decided to go abroad to the seaside this year after many stayed at home in 2020,” said Mészáros.

He was sanguine on visitor numbers rising for the rest of September, with a fine weather forecast, and October – a great time to visit as you can witness the process of botrytization (the formation of so-called “noble rot”) on the grapes in the vineyards. It is this essential process that enables Tokaj Aszú and Szamorodni sweet wines to be made. 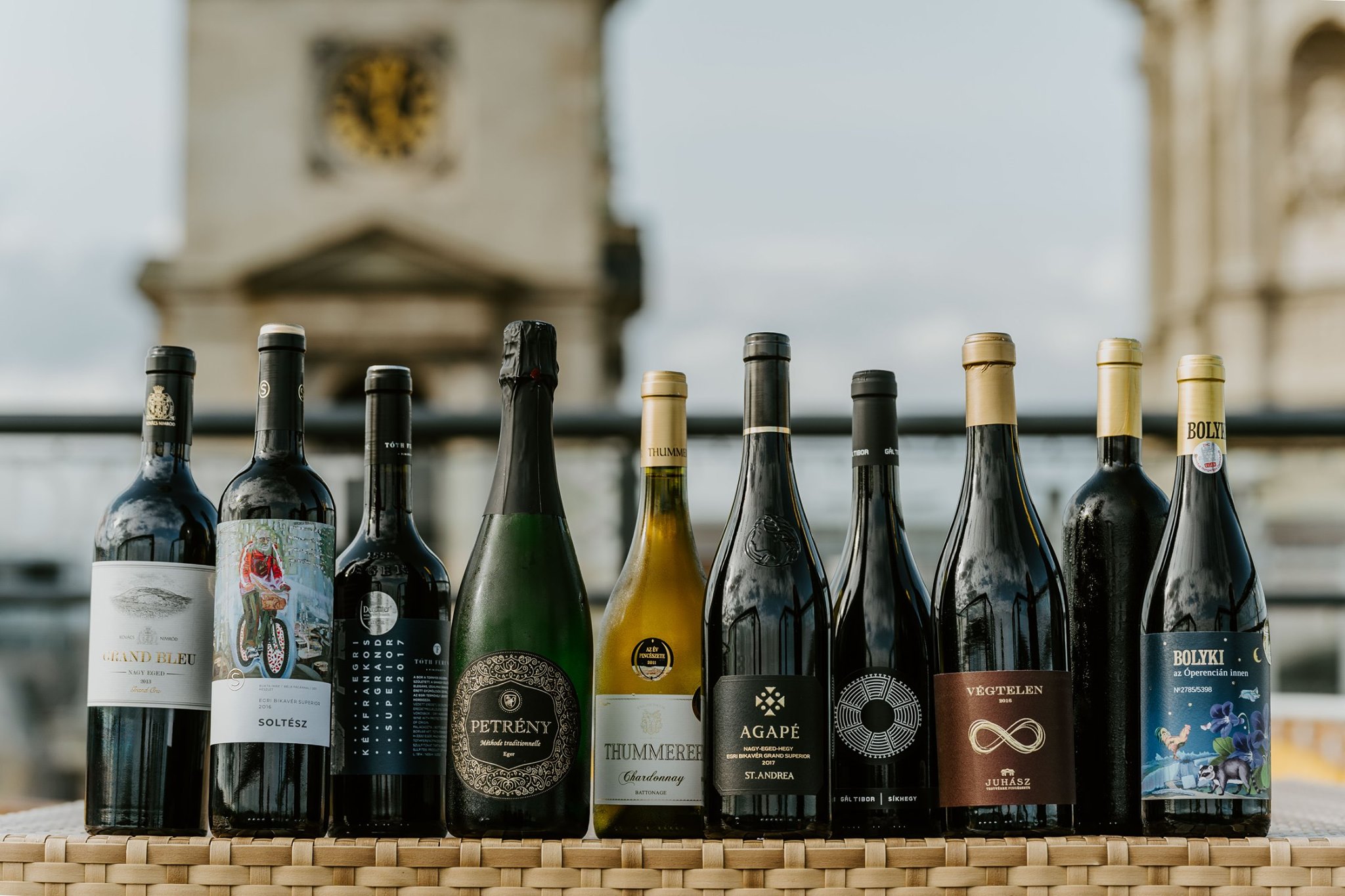 A selection of the wines on offer from the Egri Borműhely portfolio.

On the grape growing front, he also described the upcoming 2021 vintage as promising.

“The grapes have ripened nicely with a good level of sugar but still have good acidity; we can probably pick the first grapes for dry Furmint next week,” he said.

Regarding sweet wines, the Zeta grape is already getting botrytis, which shrivels the grape to a near raisin-like state and intensifies the sugars, acidity, and flavors.

Tokaj has the conditions that allow botrytis to develop, by virtue of the high amount of air moisture in the fall, with mists enveloping the vineyards. That is thanks to the region being influenced by the confluence of the Bodrog and Tisza rivers, as well as a high water table.

Mészáros added that he expects Furmint to start attracting botrytis within the next couple of weeks and likened the vintage to 2013, which was considered an excellent year for botrytis.

Before the COVID pandemic, Taste Hungary was a dynamically expanding company, owned and run by the husband and wife team of Gábor and Carolyn Bánfalvi.

They employed more than 30 guides (including myself) and several sommeliers and organizers, taking guests on wine and food market tours and running regular tastings at their cellar, called the Tasting Table, at Bródy Sándor utca 9.

It cut back to just two full-time sommeliers, having witnessed the mass cancellation of its wine tours and tastings almost overnight at the outbreak of the pandemic.

After a quiet summer, things picked up considerably in the middle of August this year, and I was suddenly back in demand to host tastings and guide wine tours, not least due to the return of American tourists. Gábor Bánfálvi is cautiously optimistic.

“If circumstances don’t get worse, then it could lead to a slow to medium recovery.” Before the pandemic, Taste Hungary had already diversified from pure tourism into exporting wines to the United States and EU countries and has also opened a wine shop opposite the Tasting Table.

One notable trend in COVID-era Hungary has been a marked increase in the purchase of wine online. This led to many wineries establishing webshops for the first time.

“Online sales in the first few months of the pandemic were very successful, but then many more winemakers went online, and there are too many players and not many customers, while wines are heavily discounted,” said Válibor’s Váli.

His own winery has seen buoyant sales at the cellar door and has also benefited from opening a shop in the center of the wine region in the town of Badascony.

Attila Tálos, head of Bortársaság, Hungary’s leading wine distributor, said that internet sales had significantly increased during the pandemic, while sales from the company’s shops declined; overall, though, sales continued to rise.

Incidentally, wine shops were never closed during any of the lockdowns as wine was considered an essential foodstuff. Tálos added that since the total easing of restrictions at the end of May (after half of the population had received their first coronavirus vaccination), customers have been returning to buy wine in the stores, while internet sales have dipped.

An emerging trend pre-COVID was for winemakers to establish direct links with customers and deliver to them directly, skipping distributors, which has continued to gather pace.

Wine events have been making a comeback, although most were held outdoors in the summer months. I recently attended the fabulous Vulkanikus Borok Fesztiválja in the Mátra wine region village of Gyöngyöspata (81 km northeast of Budapest by road). It showcased some excellent wines from local producers and those of guests from other (mainly) volcanic regions.

The wineries of the Egri Borműhely organization held their recent portfolio tasting in Budapest at the High Note Skybar, on the roof of the Aria Hotel Budapest, with trade guests coming for the first few hours before the event was opened to the public.

After presenting a significantly reduced offering last year, the Budapest Wine Festival is returning to its usual size for its 30th anniversary, held in its long-established site in the courtyards of Buda Castle from September 23-26.

This article was first published in the Budapest Business Journal print issue of September 10, 2021.

FAO–Food Bank convoy delivers food to those in need

Hungary to join IFAS as observer

Norbert Fogarasi discusses how chess can unite a global business, the Global Chess Festival and the role of human oversight of Next Best Action, one of Morgan Stanley’s AI-driven predictive tools