Going in search of Generosa and nailing Néró

Photo by Or Szucs

The promise of rare grape varieties from an upcoming winery is enough to get any serious wine writer out of bed on a cold winter’s morning, so the chance to check out two lesser-known varietals made a socially-distanced visit to a Great Plain winery a no-brainer on a late, gray January day.

The Szentpéteri Borpince works with a host of indigenous grape varieties, including Irsai Olivér, Cserszegi fűszeres, Pozsonyi Fehér, Olaszrizling, Kadarka and Kékfrankos, grown from the sand around the town of Kiskőrös (137 km south of Budapest), in the Kunság wine region, on the Great Plain.

However, on the winery’s remarkably lengthy tasting list, it is the white Generosa and black Néró grapes that catch the eye, and also to a large extent the palate too, due to the distinctive nature of the wines made from them.

The Néró is used to make mainly rosé, a skill at which this winery is particularly adept, something also apparent in its rosés from the Kadarka and Kékfrankos varieties, which have bagged plenty of medals in international competitions.

Attila Szentpéteri says that Kunság is the home of reductively made fresh and fruity fresh wines in the first case, but asserts that bigger wines can be made when the right combination of vineyard site (with some vineyards also containing smatterings of limestone to supplement the ubiquitous sand) and vinification method is found.

Generosa, a crossing of Ezerjó (a Hungarian grape associated with the Great Plain and Mór) and Red Traminer (Sauvignon rose) is a relatively new crossing in the grand scheme of things, created by grape breeder Károly Bíró in 1951, then further developed by Edit Hajdú at the Kecskemét Research Institute in the 1970s. It has only really been rolled out to a limited degree in the last couple of decades.

Creating a good crossing is no mean feat and an arduous, decades-long process of selection and experimentation. Master of Wine Stephen Skelton nicely puts it in simple terms in “Viticulture: An Introduction to Commercial Grape Growing for Wine Production” (revised and updated for its second edition in 2020) by referring to when Irish playwright George Bernard Shaw, who was respected for his stellar brain though certainly not his looks, was approached by the beautiful actress Mrs. Patrick-Campbell, who remarked how nice it would be for them to have a child together – with his brains and her beauty.

“Well yes my dear, but think of the consequences should it turn out to have my beauty and your brains!” quipped Shaw.

Be that as it may, Generosa shows real promise and appears to succeed in capturing the zesty acidity of the former grape and aromatic appeal of the latter and fortunately not the restrained aromas of the Ezerjó and flabby acidity of the Red Traminer.

Szentpéteri’s Generosa 2020 (HUF 1,590 from borhalo.com) is fresh and light- to medium-bodied, exuding fresh green aromas, as well as tropical fruit (pineapple) and green herbs; a little like a Sauvignon Blanc but not quite, and with enough of its own character to make it rather interesting and appealing.

The 2019 Szentpéteri Generosa came in 36th place in Top 100 Magyar bor 2020, not bad for a wine that costs just HUF 1,290 (from Pannonborbolt.hu). The grape can also be found a few kilometers to the south in Soltvadkert at the Frittmann winery, which has also had success with this fledgling variety.

Over in the Mór wine region, the Paulus winery makes an Asti-method sparkling wine from Generosa, which displays an appealing floral fragrance. Incidentally, Hungarian Generosa has nothing to do with the Portuguese grape of the same name.

Similarly, Néró is not related to the Sicilian black Nero d’Avola grape. While Generosa is a crossing of two Vitis vinefera grape varieties, meaning they both come from the family of grapes that are typically used to make wine, Néró is a hybrid variety that also incorporates other species of vines, often made to combat certain adverse growing conditions.

Néró was created in 1965 by József Csizmazia, who coupled Eger 2 (also known as Villard Blanc) with Gárdonyi Géza. It is early ripening and disease resistant, requiring little in the way of spraying. It was established at the Szentpéteri winery by Attila’s father, in early 2000s. Attila Snr’s background is in agriculture, and he runs an agricultural goods shop across the road from the tasting room, while also helping his son out at the winery.

Hybrid varieties are often dismissed as inferior and lightweight, but there’s something sexy about Néró. Szentpéteri’s Néró Valogotás rosé 2020 (HUF 1,350 from the winery) is light and elegant with a pleasant pale salmon color, then peach, watermelon, grapefruit and redcurrant aromas and flavors. It is fairly rare for Néró to have such a broad range of aromas and flavors.

Szekszárd vintner Gábor Merfelsz is another pioneer of Néró. On visiting Szentpéteri, in an act of friendship, the charismatic Merfelsz, who also makes a red wine from the variety, mixed the two rosés together. Merfelsz has sold a Néró plot to the Eszterbauer winery, which now also makes a deep colored, intense and very tasty rosé from the variety.

All of Szentpéteri’s rosés are characterized by their airiness, lightness of touch and pale color, due to just a couple of hours of skin contact between crushing and pressing. The featherlight yet spicy Kadarka rosé 2019 claimed fourth spot in the best rosé category of Winelovers 100 legjobb Magyar Bor (a different 100 best Hungarian wines listing to the aforementioned one).

The winery also makes an oaked rosé and the much darker Néró siller, a cross between a rosé and a red wine, which undergoes a couple of days of skin contact.

Béla Hamvas, in “The Philosophy of Wine,” a classic of Hungarian wine writing, says the best time to drink the Kiskőrös (the light, fruity wines that have typically come from here) is from May to August. However, Szentpéteri is keen to show the versatility of Generosa and is soon to release an exciting and more intense late-harvest dry wine (priced at a minimum of HUF 3,000) from the variety that ramps up the concentration and is aged in oak, and also makes a sweet version.

This article was first published in the Budapest Business Journal print issue of February 12, 2021. 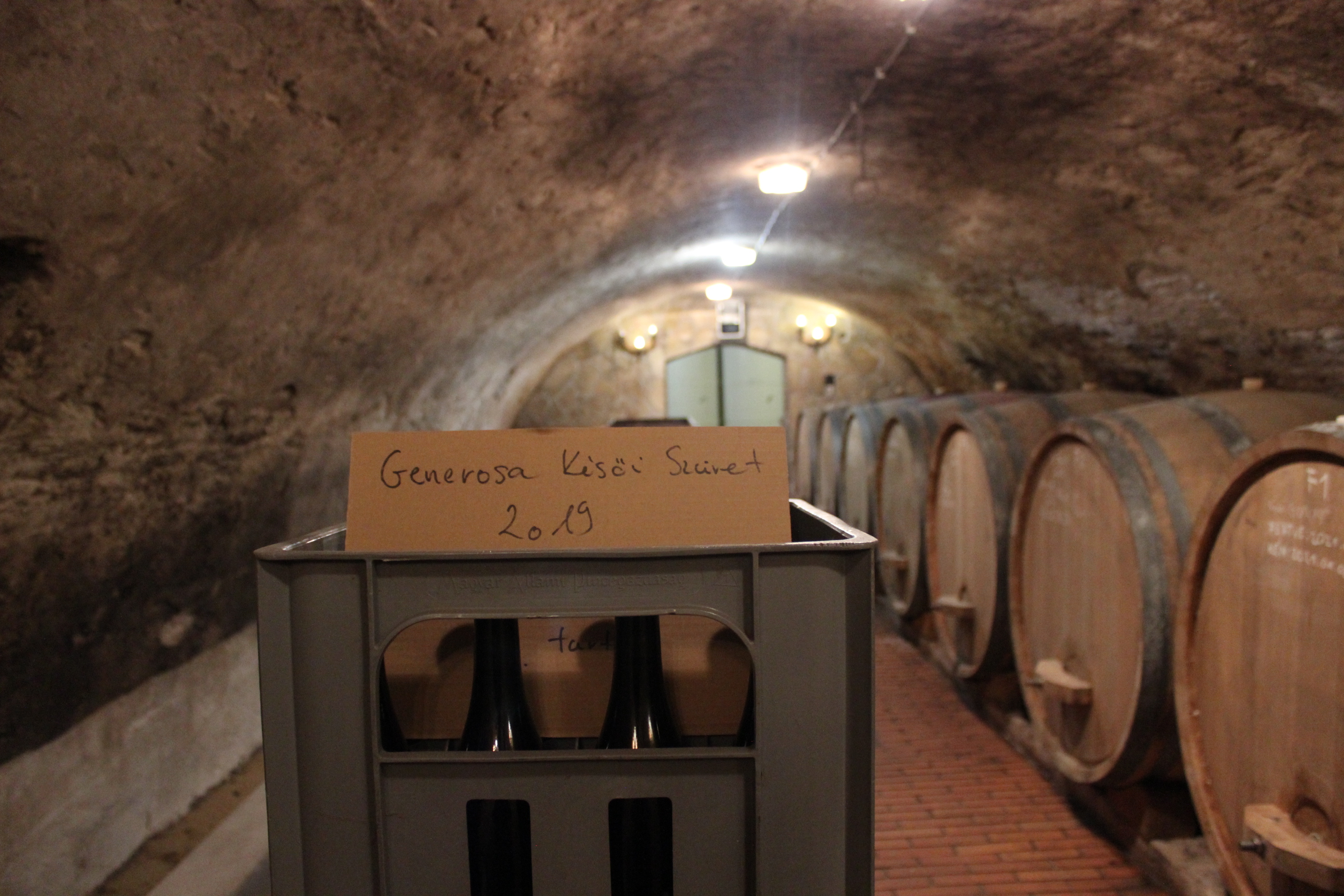