With 30 plus wine cellars, Etyek, part of the Etyek-Buda wine region, has much more going for it than just being close to the Hungarian capital, as the members of the Etyek 360 association showed at a recent tasting in Budapest; quite likely to be my last tasting for a while.

Grapes on the vine in the fall in the Hungarian Etyek-Buda wine region. Photo by Photo69 / Shutterstock.com

Electric acidity is the essence of Etyek, and a number of producers are conveying it nicely to make vibrant whites, tense traditional method sparkling wine and the occasional impressive red, as was the case at the tasting held at Kóstolom Borbár on October 28.

The charming, sleepy town of Etyek, which lies just some 30 km west of the capital, is not only a winemaking town, but also a filmmaking one. It isn’t a winery that you’re likely to spot first coming up in the distance as you approach from Budapest, but rather the huge Sándor Korda Film Park.

With its remarkably convincing papier-mâché sets having depicted everywhere from the medieval Italy of the Borgias to modern Brooklyn, and its enormous indoor studios having hosted an array of films, including Bladerunner 2049, “Etyekwood” may seem an odd place to introduce a wine region.

However, it is from there that you can see a cross-section of the white calcareous soil that dominates the Etyek-Buda regions and its wines and get a feel of the rolling countryside.

While international stars strut their stuff at the studios, Etyek is also noted for international “A”-lister grape varieties, Sauvignon Blanc, Chardonnay and Pinot Noir, rather than local talents.

Another key vantage point, where several of the leading wineries are located, is Öreghegy (literally “Old Hill”). If you do find yourself up here, look out for the tall communal grape press, located next to the Báthori dűlő (vineyard). It is named after Tibor Báthori, who was voted only the second Winemaker of the Year by the Hungarian Wine Academy, back in 1992. A memorial plaque to him on the vineyard itself notes that “he channeled the birdsong into wine.”

There’s usually a strong breeze blowing in Etyek; add in the white calcareous soil, which is mixed with loess and chernozem, and the conditions are ripe for making vibrant (mainly white) wines with tongue-tingling, almost buzzing acidity and fresh aromas.

It comes as no surprise that the Etyek-Buda region has a strong sparkling wine tradition. Törley makes a huge amount of sparkling wine from Etyek-Buda, while smaller producers are gradually adding sparklers to their range, some of which are made in the traditional method.

The Etyek 360 tasting opened and ended with sparklers. Made by Áron Szövényi, Anonym Pince’s Összhang Brut (HUF 6,335 from boresmas.hu) is a blend of 85% Chardonnay and 15% Pinot Noir from the 2014 and 2015 vintages. It was made from three base wines, and it spent a year in oak, followed by two years of bottle ageing on the lees for the secondary fermentation.

It has nice creaminess from the oak and the interaction with the lees which also gives a nice touch of brioche, but it still has plenty of primary fruit. It is pleasantly and thirst-quenchingly dry with just 3 g/l of sugar.

Having seen it ageing patiently in the bottle while guiding visitors to the gorgeous cellar on Öreghegy, it was nice to finally get to taste Hernyák Birtok’s traditional method bubbly. Hernyák Extra Dry has persistent and powerful bubbles that cut through the sweetness and a complex herbal note.

When it comes to the still stuff, Etyek has long been associated with Sauvignon Blanc, although Chardonnay is also rivalling its fellow French varietal as the flagship grape with some taut and focused expressions of the grape. Hernyák’s Chardonnay 2018 hits the right balance between freshness and richness.

Anonym’s Frazír 2019 (HIF 3,190 from onlinebor.hu) comes from three harvests to capture everything from fruity freshness and acidity from earlier picking as well as riper notes from keeping the grapes out longer.

Indeed, it is nicely balanced, and although a very typical Sauvignon with green pepper and fresh cut grass aromas, it is also suitably restrained and doesn’t give it all on the nose, but saves plenty of punch for the palate.

Etyeki Kúria is well-known for making excellent fresh, stainless-steel vinified Sauvignon (the 2019 costs HUF 2,390 from Bortársaság) that does everything the grape variety should, yet in a refined manner. This time, however, the cellar brought along a Sauvignon Blanc made in a very different style.

MSP Fumé 2018 (HUF 3,100 from etyekikuria.com) comes from Etyeki Kúria’s experimental limited-release series, made by winemaker Sándor Merész, who is given the chance to let his creative juices run wild with this series, which also includes a wild-fermented Sauvignon.

The wine has a whiff of buttery oak that makes it the polar opposite to the winery’s reductively made standard bearer. It was fermented in a stainless-steel tank and then rested for six months, and was then transferred to a 1,000 liter flexcube with staves of French oak for another six months, followed by a year of bottle ageing.

It proved to be a polarizing wine at the tasting but is definitely worth trying for its unique interpretation of Sauvignon, one in which you can still feel the grape’s characteristics if you look for them, but with a more textured palate than is usually the case with the grape.

Good Pinot Noirs were poured by Haraszthy Pincészet and Rókusfalvy Birtok, but Etyeki Kúria demonstrated why its take on the Burgundy grape is considered probably the finest in the country, with its Pinot Noir Válogatás (Selection) 2015 (HUF 7,200 from Bortársaság). The grapes came from various Pinot clones from Etyek’s Nagy Látóhegy vineyard and 50% of it was aged in new French barrels. The oak use is just perfect here, as it brings nice nuances to the wine without blocking out the Pinot character.

Give this wine a chance to breathe, as is necessary with most older vintages, as it initially had a slightly closed medicinal herbal note, but it soon opened up to reveal delicious red fruit, pomegranate, plum and a delightfully fresh mintiness, with a harmonious and very long and lingering finish. Just 1,500 bottles of this wine were made by blending from the most impressive barrels of the regular Pinot 2015. 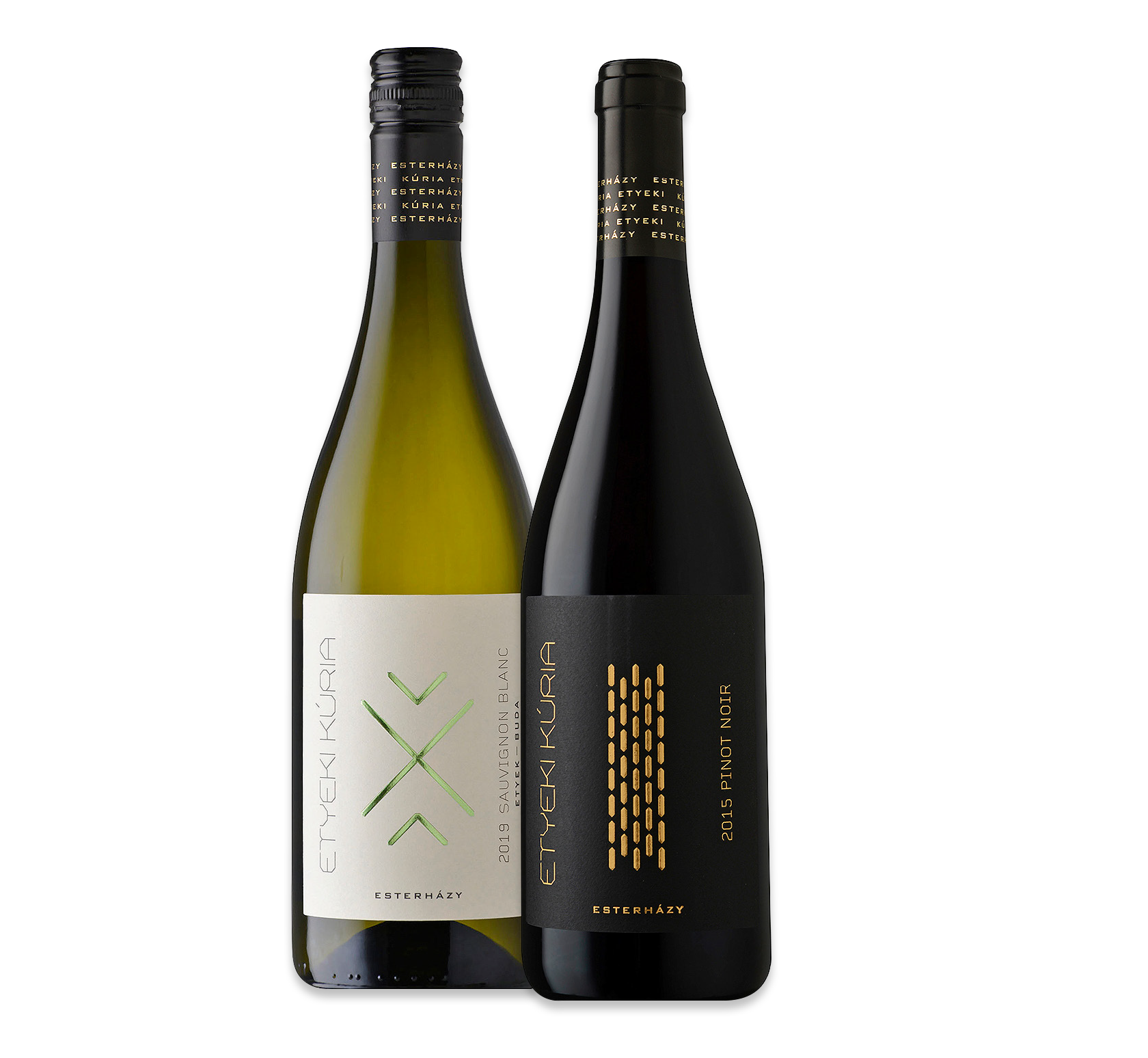