Bringing Back the Ancient Bubbles

A tempting tonic for the most part gloomy, curfew-enclosed January and a way to keep the bubbles flowing, while also trying something hip and happening and realizing your New Year resolution to keep up with trends, could be presented by Pét-Nat.

Ultra-trendy Pét-Nat is short for Pétillant-naturel, whereby natural bubbles are retained when the still-fermenting wine is bottled, and usually also contains the sediment, which renders the wine cloudy in the glass, although some producers of this style do remove the sediment by disgorging.

While it may sound new and groundbreaking, it in fact uses the méthode ancestrale (ancestral method), the oldest method of making sparkling wine of all, which predates the traditional method used to make, for example, French Champagne (note that in Champagne itself that method is known as méthode champenoise).

Pét-Nats may lack the precision, poise, persistence and complexity of Champagne, but they tastily tap into the past, getting back to basics and it is a very natural, technology-free approach. Indeed, it comes as no surprise that the style has been described as “Hipster bubbles.”

Pét-Nats are few and far between in Hungary, but one Mátra winery believes in the style so much that it made three of them from the 2019 vintage. Rather than following fashion and jumping on the bandwagon, winemaker Zoltán Kerekes, owner and winemaker of Hoop Wines, happened upon the method by accident.

In the problematic 2014 vintage, Kerekes (who then made wine in the cellar under his house in Pomáz, about 22 km north of central Budapest), had one rosé that hadn’t completed fermentation. He bottled it and stuck it in the fridge and forgot about it, and was later thrilled by the fizzy, frothy result.

Kerekes went on to establish Hoop Wines, which came out with its first wines from the 2019 vintage. He chose the name Hoop as there was already a Mátra winery called Kerekes, and opted to choose the word that is the English translation of his name, especially as it also refers to a part of the barrels used for winemaking.

I caught up with Zoltán Németi, Hoop’s assistant winemaker, by phone recently to discuss their approach to Pét-Nat. The two Zoltáns met in 2017 while taking a winemaking course at Budapest’s Soós István Borászati Technikum és Szakképző Iskola.

Hoop Wines, which has a 0.8 hectare plot to its name in the prestigious Gereg vineyard (overlooking the town of Gyöngyöspata, 85 km northeast of Budapest, in the Mátra Hills) that is yet to yield, is for the time being buying in grapes, and decided to experiment with Pét-Nat rosé from three grape varieties in the 2019 vintage: Kékfrankos, Pinot Noir and Syrah.

There’s a certain unpredictability and wild edge to this ancient method, which makes it appealing, albeit a tad rough and rustic. The trick is to catch the fermenting still wine when it hits around 15 grams per liter of residual sugar, and then transfer it into the bottles and cap it, where it remains until opening.

The two Zoltáns taste the fermenting wine for the first week or so, but once it starts to turn drier, they rush off to the lab in Eger to get the sugar levels tested, almost on a daily basis. Inaccurate readings and delays mean sometimes the optimal level is missed.

The Pét-Nat normally goes into the bottles after around two weeks, and the wine ferments out to dry in the bottles. While the grapes are picked on the early side, like for other sparkling wine, Hoop Wines is looking for a bit more in the way of fruitiness and richness in the wine.

Hoop’s Pink Pinot Noir Pét-Nat is still available for HUF 4,500 a bottle from Borfalu Bortéka or from the winery itself. The Syrah Pink is also available from the Kálvária Pince, in Budakalász for HUF 5,000 (with free delivery in Budapest if you buy three bottles).

Hoop Wines’ longer term aim is to concentrate on local varieties, so the 2020 Pét-Nat, which is to be released from the end of January at HUF 3,500, will be a Kékfrankos, although this is not without challenges, explains Németi.

Kékfrankos typically has a high amount of rougher malic, and less of the smoother tartaric acid, leading to the wine being more rustic. “The future will be about finding the right terroir where Kékfrankos has lower malic acid,” he says, adding that they’d also like to make a white Pét-Nat.

The Hoop rosé Pét-Nats underwent very little skin contact, basically just being crushed, then pressed, in order to avoid bitter phenolics from the skins. Németi adds that fermentation of Pét-Nat’s is very risky, which made them decide against spontaneous fermentation and use a yeast strain that can handle the pressure.

Németi is also a wine blogger and writes for A Művelt Alkoholista (literally “The Educated Alcoholic”), and has his own insightful English-language blog, Screwcapped.com, and plans to release his own wines in the near future.

Opening a chilled bottle of Pét-Nat, it’s wise to pour a couple of glasses immediately to avoid a build-up of pressure in the bottle and also to taste the wine clear, before it clouds up as the bubbles bring up the sediment. The further you top up your glass the cloudier it gets, while the texture gets creamier too.

Having tried the Kékfrankos Pink and Syrah Pink Pét-Nats, it was impressive how much they oozed the delicious primary fruit of the grapes. Serving the Kékfrankos in a Burgundy glass, led to a creamy head being maintained, which delightfully complemented the pure raspberry and cherry flavors.

Over in Tokaj, Dorka Homoky’s Pét-Nat is made from 80% Furmint and 20% Hárslevelű, and she felt confident enough to allow the grapes to spontaneously ferment, with the 2019 ending up with a touch of residual sugar (2.1 grams per liter), which served to take the edge off Furmint’s electric acidity.

The 2019 claimed 66th spot in Winelover’s 100 best Hungarian wines, and was a delicious bubbly bowl of primary (mainly) Furmint fruit of quince and Williams pear. It has sold out, but the 2020 is on its way later this month and will cost HUF 5,600 from homokydorka.hu. She delivers the wine to Budapest.

Elsewhere, also look out for the next vintage of P.A.N.K. from Attila Pálffy from the Káli Basin in the Balaton Uplands.

This article was first published in the Budapest Business Journal print issue of January 15, 2021. 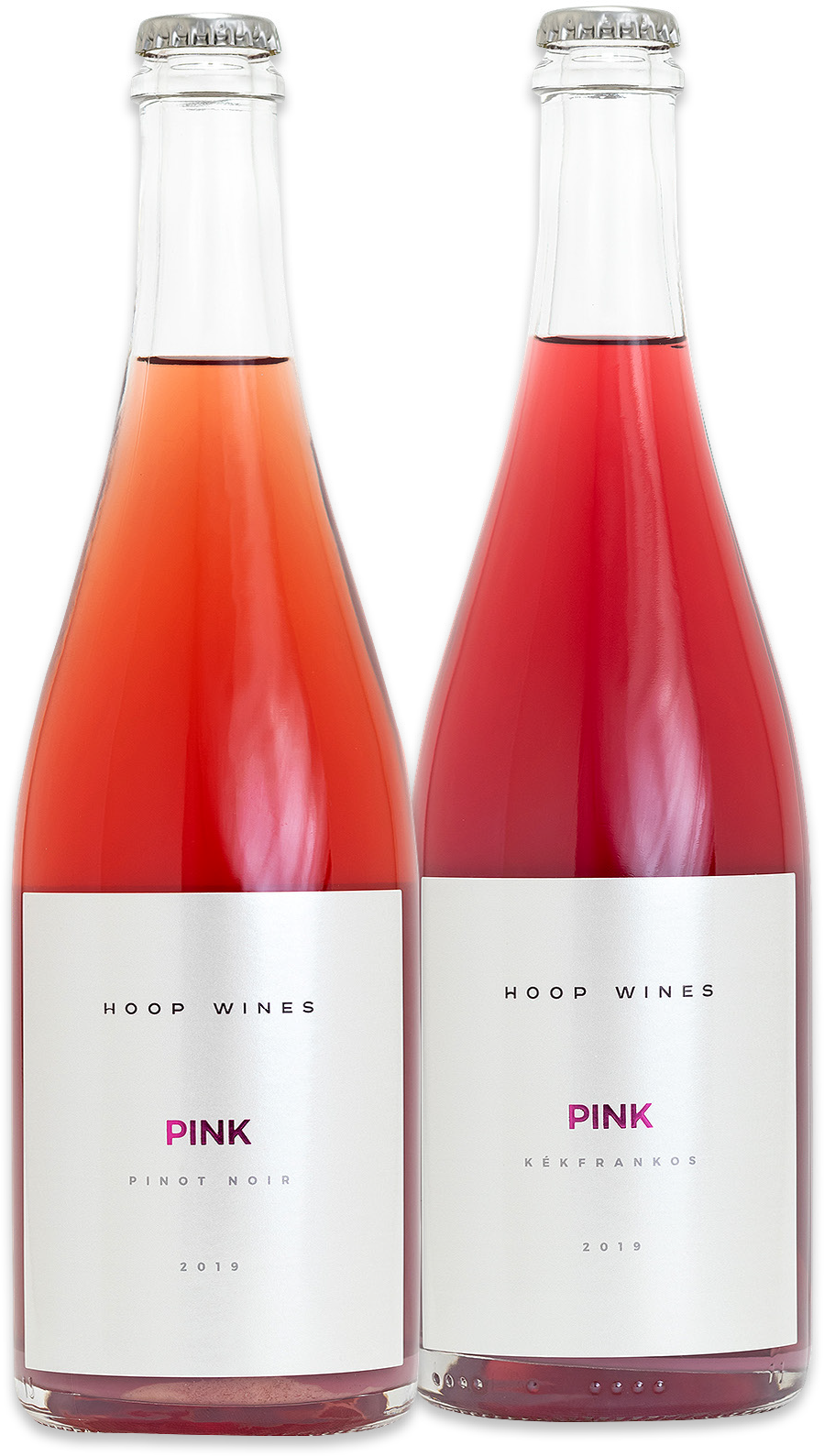