When it came time to look back over a career in music that spans three decades, superstar musician and DJ Moby had no intention of simply putting together a conventional greatest hits package.

His new album “Reprise,” released on CD, vinyl, and cassette on the prestigious Deutsche Grammophon label on May 28, finds this restless artist revisiting and reimagining hits from his past such as “Natural Blues,” “Why Does my Heart Feel so Bad?,” and “We are all Made of Stars.”

To help him reimagine his hits, he works with an eclectic list of guest artists, including Kris Kristofferson, Mark Lanegan, and our own Budapest Art Orchestra.

The highly regarded orchestra comprises world-class musicians from Budapest who have a feel for music from every genre. They record symphonic orchestral recordings for movies, series, albums, pop albums, jazz, and classical pieces.

While it proved impossible to ask Moby why he chose to rework his dance-oriented hits in classical music settings, he has written that “I long for the simplicity and vulnerability you can get with acoustic or classical music.”

The publicity material for the album describes exploiting “the bombastic potential an orchestra can offer.”

Intrigued by how the Budapest Art Orchestra came to feature on “Reprise,” I got in touch with the music producer and CEO of East Connection Music Recording Miklós Lukács, who organized the recording session at Studio 22 of the Hungarian National Radio building. 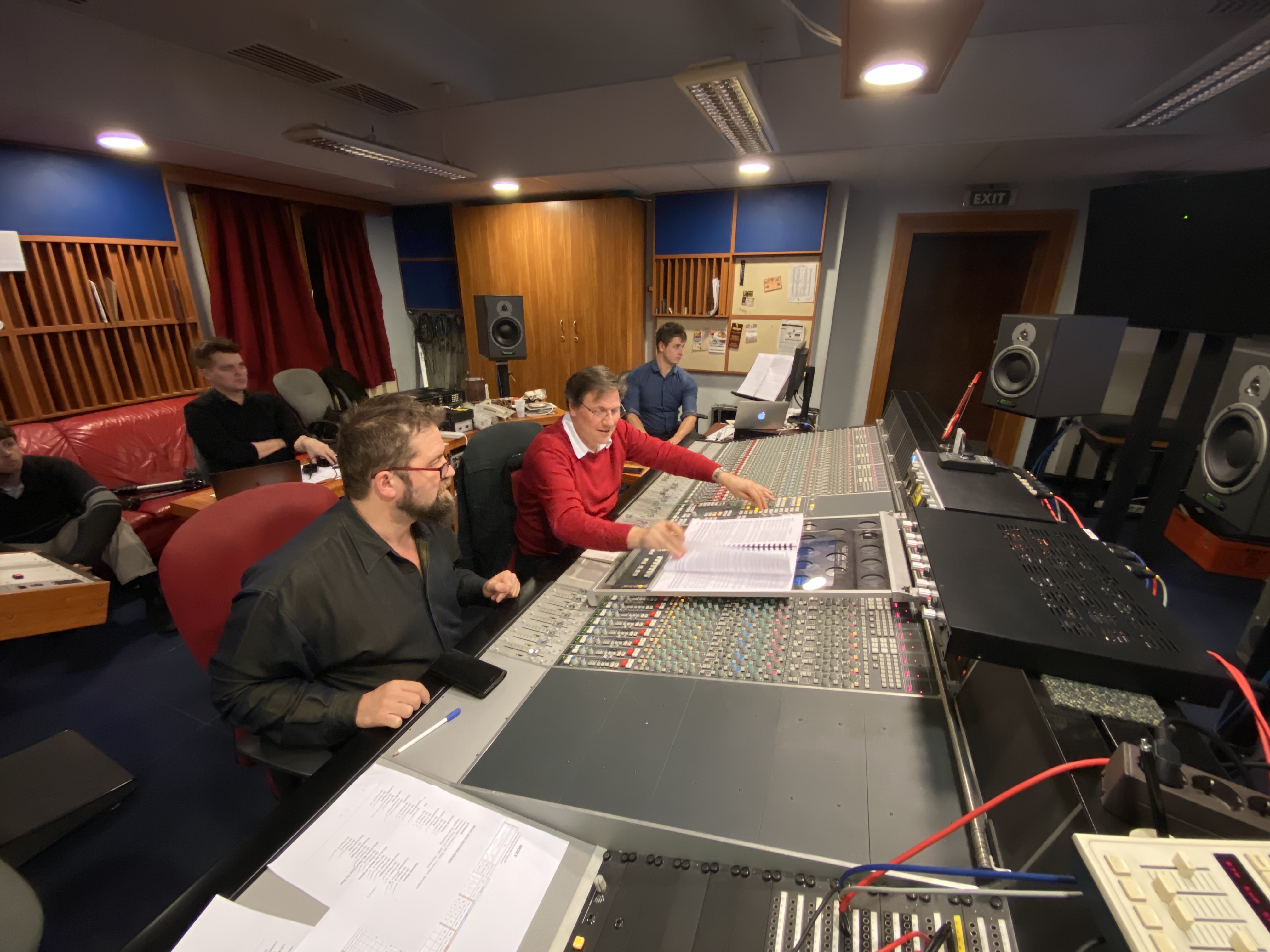 For the past 12 years, Lukács has been organizing recording sessions for the orchestra in Budapest for movies, TV series, and albums. One of his contacts will explain the particular orchestral line-up required for a session, the number of musicians and the instruments they need, and Lukács arranges the sessions.

“The sessions with Moby came about when one of our contacts in Los Angeles reached out to me and mentioned that they wanted to do something with him and us,” Lukacs told me.

“This was back in early 2020 before COVID-19 kicked in. The conductor, Joseph Trapanese, flew in from Los Angeles. Some technical personnel also came over from Air Studios in London, including Geoff Foster. We recorded the sessions over two days in February 2020, and Moby listened to them in Los Angeles later.

“Often, clients listen in to the recordings in real-time, but for this project, that wasn’t necessary because Trapanese, the conductor, was also the arranger and could judge right away if he’d got what he wanted.”

Trapanese has impressive credentials, having worked on movies as varied as “Divergent,” “Straight Outta Compton,” and “Transformers: Age of Extinction.” He previously worked with Moby in 2000 on sessions for “Porcelain” and “Natural Blues.”

The musicians themselves enjoyed the sessions, even though the tracks they recorded were originally dance music. As Lukacs says, “They’re open to playing in all kinds of genres and love this type of music.”

Budapest Art Orchestra is also extremely busy, so the musicians are playing to different briefs pretty much every day.

“Tomorrow, we’re doing a project with an artist from New York,” Lukacs explains. “After that, we’re doing a Belgian movie. Last week we worked on a Chinese animated movie. Every project is so different. Sometimes we’ll just have 20 string instruments, other times we’ll have 40 or 50, and on occasion, it might be a full 70-piece orchestra and a 40-piece choir.”

I tell Lukács that, although I’m aware of the high standard of professional musicianship in Hungary, I was nevertheless impressed and a little surprised to see the Budapest Art Orchestra playing with Moby.

“Hungarian musicians enjoy an excellent reputation, you know,” Lukacs says. “It’s because our musicians are really talented, and we have a great educational system for music in this country. Put this all together, and you have a high number of really amazing artists who can perform anywhere in the world at the highest levels.”

There’s no question that the contribution of the Budapest Art Orchestra helps elevate “Reprise” to a much more intriguing level than if it had just been a collection of remastered or unimaginatively re-recorded greatest hits.

For example, when the Budapest Arts Orchestra fades in midway through the dance number “Go,” they immediately turn it into something with powerful emotional overtones. On “Porcelain,” they help give it a cinematic grandness. Along with singer-songwriter Mindy Jones, the subtle coloring they add to a version of “Heroes,” the track by Moby’s hero and friend David Bowie that has become almost overfamiliar, transforms it back into something genuinely moving and poignant.

For me, the standout track, which powerfully illustrates Moby’s audacity in reimagining his songs, is “The Lonely Night,” originally on his 2013 album “Innocents.”

This version has vocals by gravel-voiced American singer-songwriter Mark Lanegan and the 85-year-old Kris Kristofferson, whose voice is impossibly rich and weathered. The playing of the Budapest Art Orchestra perfectly complements the grit in the two men’s voices and the poetic lyrics, which are about the dark night of the soul.

As Moby says in a “making of” video for the track on his website, the playing of the Budapest Art Orchestra is “phenomenal.”

You can read more about the making of the album “Reprise” and how Moby worked with the Budapest Art Orchestra in the “New” section of moby.com.

This article was first published in the Budapest Business Journal print issue of July 2, 2021.

Reality Check With High Hopes at the Opera

János Bródy: The Singer Poking the eye of the Establishment