‘Cloaca, Canals and Closets’ at the Kiscelli Museum

I recently discovered that the “Cloaca, Canals and Closets” exhibition at the Kiscelli Museum had been extended until the beginning of January 2022. It takes a particularly intriguing show to make me want to venture out on a chilly November day. But this one is sure to be worth it, not least because it involves a trip out to the Buda Hills.

For me, the Kiscelli is the most fascinating museum in Budapest. I was first taken to the somewhat battered but still grand baroque monastery housing the various collections that make up the museum by a friend who grew up near the Buda Hills. He spent his childhood roaming the paths and trails that crisscross the Hills and, on summer nights, barbequing in a leafy glade a short walk from the Kiscelli.

“Cloaca, Canals and Closets” examines the place of what my Dad used to call “the throne” and what we do on it in culture throughout history. My father also preferred the word “lavatory” over “toilet.” He insisted that the former was polite and the latter was vulgar.

While he may have been right in terms of etiquette, technically toilet is correct; it describes the thing itself, the porcelain chariot. Lavatory comes from the Greek word “lavatorium,” which means a communal washroom.

According to dear old Google, the Americans first popularized the term lavatory and relegated toilet to the status of an unmentionable. I believe, or at least I would like to, that it was the Americans who also came up with “bathroom stationery” as a euphemism for toilet paper. 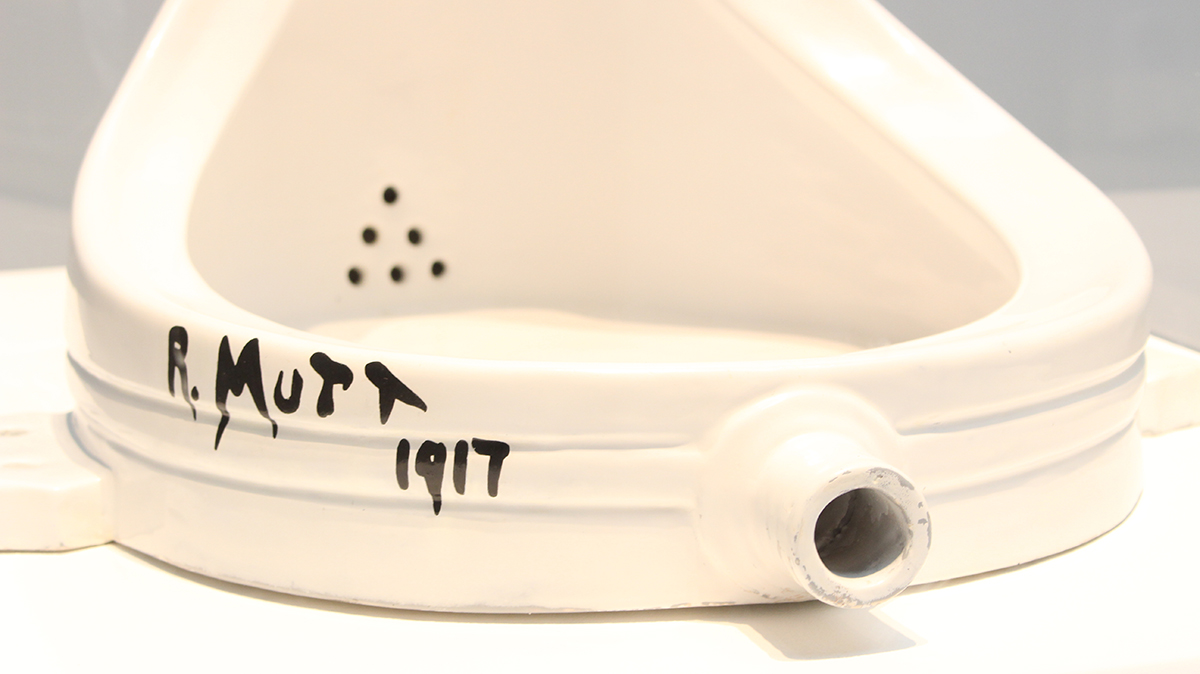 Alongside artifacts from throughout the history of sanitation, the exhibition references Marcel Duchamp’s 1917 “Fountain” artwork, a urinal signed “R. Mutt.”

Born in 1887, Duchamp was a French painter, sculptor, writer, and legendary chess player associated with the most revolutionary art movements of the early 20th century, including Dadaism, Cubism, and conceptual art.

Put simply, Duchamp, who died in 1968, helped shape modern art. Andy Warhol was a fan, and it’s not difficult to see how “Fountain” influenced the American pop artist. Warhol’s elevation of everyday household items such as Campbell’s Soup cans and Brillo boxes to icon status clearly owes a debt to Duchamp.

As far as I know, however, toilets and accessories like bathroom stationery don’t appear in the work of the notoriously prudish Warhol.

When Duchamp first presented “Fountain” to the American Society of Independent Artists in 1917, it was rejected. As The Guardian newspaper explains, “Duchamp, a member of the board, resigned. Alfred Stieglitz photographed it. The thing vanished, but conceptual art was born. In 2004 it was voted the most influential modern artwork of all time.”

This is hardly new to anyone interested in contemporary art. What you might not know is that “Fountain” may not have been Duchamp’s work. The same article in The Guardian alleges that the German-born poet and artist Baroness Elsa von Freytag-Loringhoven was the actual originator of the masterpiece. It was her who “found the object [and] inscribed it with the name R. Mutt.”

There’s substantial evidence that what seems like a preposterous allegation might, in fact, be true. Apparently, in a 1917 letter to his sister Susanne, Duchamp mentions being sent a porcelain urinal as a sculpture by one of his female friends. It was the tyrannic Surrealist leader André Breton who attributed the urinal to Duchamp in 1935. Duchamp began taking credit for “Fountain” and authorizing replicas only in 1950.

Now, if one were being charitable, it would be possible to argue that Duchamp was merely pioneering the art of appropriation that is today highly fashionable. The approach uses existing objects and images in art without changing them significantly. Think of Warhol’s Brillo boxes or some of the work of his descendent Jeff Koons.

The art of appropriation has a lot to do with questioning the notion of originality in art. But if Duchamp did steal – and not appropriate – “Fountain” from the Baroness, he was doing something rather less laudable.

Despite such convincing evidence that “Fountain” wasn’t Duchamp’s idea, museums such as the Kiscelli continue to attribute the object to him.

“Cloaca, Canals and Closets” also references the infamously disgusting toilet scene in the 1996 movie “Trainspotting,” a genuinely black comedy that follows the misadventures of a group of Scottish heroin addicts. The toilet scene comes about when the junkie Renton, played by Ewan McGregor, accidentally drops his heroin into the “Worst Toilet in Scotland.”

In case you were wondering, the cloaca used in the scene was cocoa or chocolate. When Renton disappears into the toilet, he’s sliding into half a loo with a concealed ramp. So now you know.

Contrary to popular belief, the flush toilet wasn’t invented by Victorian bathroom technologist Thomas Crapper. Credit should more properly go to Sir John Harrington, the godson of the English Queen Elizabeth I. In 1592, Harrington invented a water closet with a raised cistern and a downpipe. Water ran through the downpipe and flushed away the waste.

It was István Széchenyi, of Budapest bridge fame, who introduced the flush toilet to Hungary when he installed one at Széchenyi Palace in Nagycenk, in the Sopron region.

Go to www.kiscellimuzeum.hu to find out more about exhibitions at the museum. You might want to contact the museum first to make sure the show continues. I couldn’t find any reference to it on the website, so I’m going out there on trust.

To read more about the Duchamp “Fountain” controversy, search for the article “A Woman in the Men’s Room: When Will the art World Recognise the Real Artist Behind Duchamp’s Fountain?” on the Guardian website.

This article was first published in the Budapest Business Journal print issue of November 19, 2021.

New City Logistics Hall to Be Handed Over in Budapest