As one of the world’s leading investment banks, Morgan Stanley maintains a robust, secure and responsive IT infrastructure, running thousands of applications and systems around the world. Running the bank’s technology systems is a challenging task in normal times, but the onset of the COVID-19 pandemic created an extreme test for the organization last year. Tens of thousands of bankers, analysts, portfolio managers and other professionals needed to access complex systems from remote locations simultaneously, and, in doing so, ensured they were able to continue delivering a high-quality service to their clients. This is testament to the hard work and dedication of Morgan Stanley’s innovative technology department, many of whom work right here in Budapest, pursuing careers where their contributions have a direct impact on one of the world’s largest financial institutions.

If you work on the trading floor of a major investment bank, your workstation does not look like an ordinary computer: it will have live data feeds on a number of screens. If your job is reporting to financial authorities, you might be mandated to do so through a dedicated line which connects your workstation directly to the regulators. If you deal with extremely sensitive data, you might need to use an encryption device before you can start work – or maybe physically go to a secure site. If you are an analyst dealing with complex mathematical modeling, a normal laptop might not suit the complex software you use.

All in all, shifting a major financial institution to remote access is not a straightforward task. Yet, at Morgan Stanley, working remotely is not a new initiative. The firm believes flexible arrangements are a great way to improve the work-life balance of employees and also attract more diverse talent. For a bank, it is equally important to have contingency plans to continue operations safely and efficiently in case of unforeseen events. For this reason, the Technology Department at Morgan Stanley has built robust and secure systems that allow employees to access their virtual office desktops from their homes.

“Our systems were built to enable remote access for a large number of employees, regardless of the event or location,” says Balázs Kuti, who leads the Windows Server Operations team at Morgan Stanley. “However, even in our worst-case planning, it was difficult to imagine a scenario where these events could happen across all our locations simultaneously. When the lockdowns began in March 2020, this scenario became a reality. Previously, we never had a day when such a large proportion of the global workforce needed remote access at the same time. However, at times during the height of the pandemic in 2020, nine out of 10 Morgan Stanley employees worked from home. We are very proud of how the organization successfully overcame this challenge.”

Balázs Kuti leads a team of 10 technologists – normally from the banks of the Danube in Budapest. Morgan Stanley’s office in the Hungarian capital is one of the biggest technology hubs within the firm’s global network. Around half of its 2,000 employees work in IT. This group includes the Windows Operations team, responsible for granting reliable and secure remote access to 60,000 employees in New York, London, Frankfurt, Hong Kong, Mumbai, and dozens of other locations, and enabling the firm’s clients and counterparties to log on and do business with Morgan Stanley.

Balázs Kuti, a graduate of the Budapest University of Technology in Electrical Engineering, entered Morgan Stanley in early 2007. “I immediately knew I had come to the right place. My manager asked me to listen in to a conference call during an IT incident on my second day. No-one was blaming anyone, and everyone was constructive and focused on solving the issue at hand. This is still the predominant attitude in the Technology Department,” says Balázs Kuti. In over 14 years since joining the firm, he has seen the Budapest office grow from a small office into a large, dynamic hub, and has even taken over leadership of the team he joined as a junior associate.

“There are tremendous opportunities to advance and learn”

Operating the remote access infrastructure is only one facet of the work carried out in Budapest. Another team, Remote Access Engineering, is primarily responsible for designing and building these systems. It is led by Krisztián Égi, a former graduate from Széchenyi István University in Győr, who also joined Morgan Stanley in 2007. Before that, he taught computer science at a high school in the western Hungarian town. Morgan Stanley was among the first few international companies he applied to, and, as it was one of the pre-eminent financial institutions in the world, it was an intimidating prospect for the young professional.

“Any concerns I had subsided quickly during the job interview, which was more like a conversation between two enthusiastic, like-minded engineers,” says Krisztián Égi. “I enjoyed every second of it and this was when I decided to join the firm. Our culture is a meritocracy – if you work hard, you will feel appreciated. Some IT professionals are wary of joining a big bank but, for me, working at Morgan Stanley in Budapest feels more like working for a technology company with a relaxed dress code and a problem-solving attitude. Our Global IT department is 20,000-strong and covers many fields, from the cloud to storage and networks. It provides tremendous opportunities to advance and learn, and to see the things you build come to fruition.”

To build this infrastructure, a bank will either find the best tools on the market from vendors, and customize them, or, if the requirements are more specialized, develop the solutions in-house. That decision is made by a team led from Budapest. “Basically, our team plays a huge role in shaping the future of remote access for the 60,000 employees at Morgan Stanley. This is a huge responsibility, and it makes for a compelling career for anyone who wants to put their technological skills to work in a complex and interesting environment,” says Krisztián Égi. This year, both Krisztián and Balázs are looking for experienced engineers to grow their teams. Aside from Windows Server and scripting skills, they are also looking for individuals who would adopt Agile/DevOps methods and contribute to innovative cloud projects.

Following the sun: Budapest is a key location

The achievements of the remote access teams based in Hungary are highly appreciated across Morgan Stanley. “Budapest is a key location for us,” says Simon Ferguson, Global Head of End-User Technology Client and Infrastructure, who supervises both teams from the firm’s London office. “There are a lot of talented technologists in our Hungary office who play a key role in helping to develop and enhance the open and international culture of Morgan Stanley.”

Another advantage of Budapest is its time zone, situated conveniently between key markets in Asia and North America, and close to London, where Morgan Stanley has a great footprint. “Supporting remote access is like following the sun”, explains Simon Ferguson. “Business opens in Asia, Budapest take the baton, and hands it over to North America. This model allows us to shift capacities dynamically from one location to another. When we have a ‘log-on storm’ at 8:30 a.m. on the East Coast of America, we shift some capacity from Europe. We can do that because we have expert teams in Budapest. We spot things potentially affecting New York before New York has even woken up.”

This was important in March 2020, as the firm shifted to remote working within a few weeks. Infrastructure teams around the world worked closely together, taking over from each other throughout the day, and staying ahead of the curve as demand increased. They eliminated hardware and network bottlenecks as they arose. They built workstations to make sure bankers could work remotely. And they did all this while working from home as well.

Attracting more women to IT

As Morgan Stanley moves towards becoming a more agile organization, the line between the engineering and operations team is increasingly blurred. It is no longer the case that engineering simply hands over the systems to ops; they take on a support role, whereas ops teams have a bigger say during the development phases. 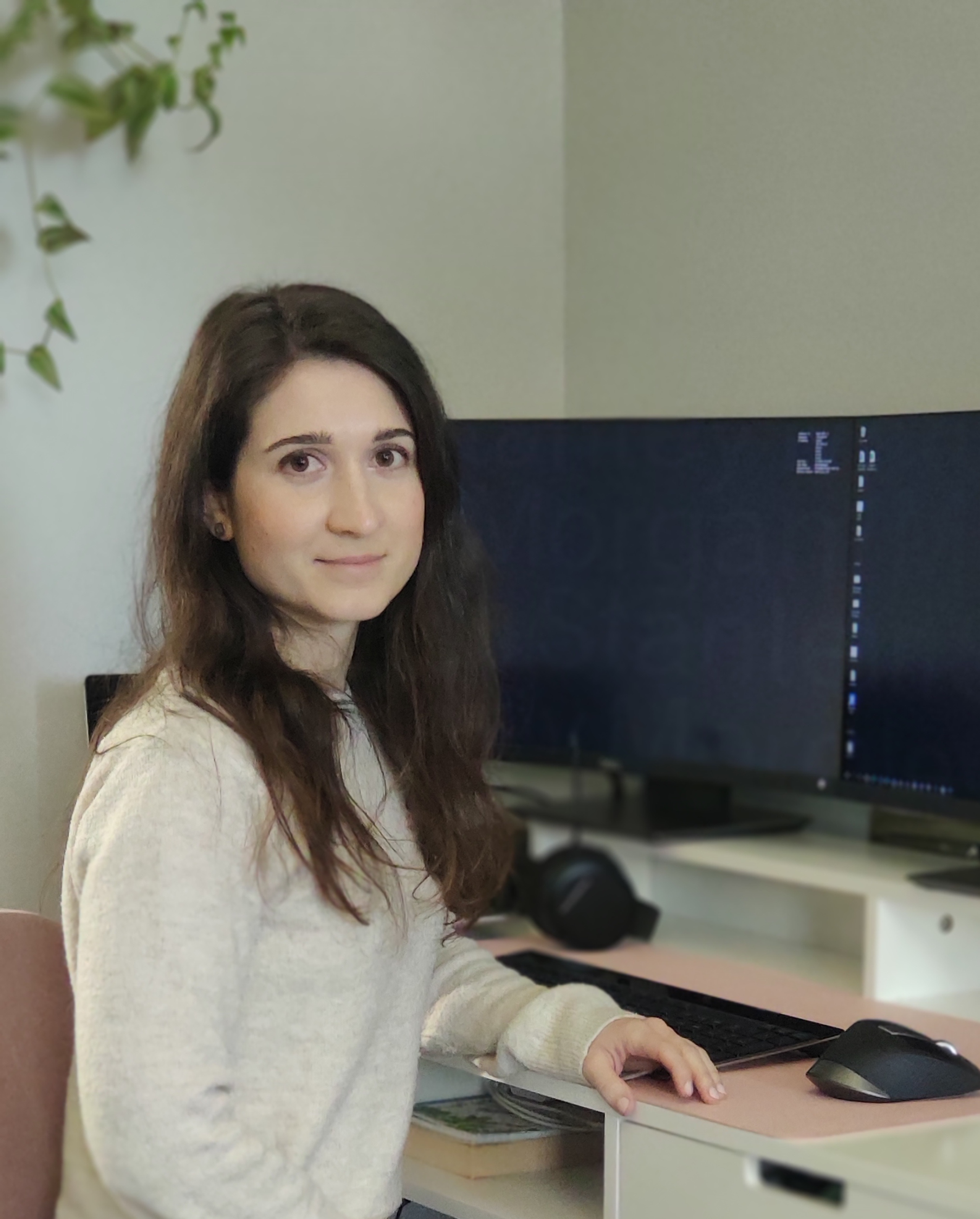 “When a lot of people hear about infrastructure, they think of the clichéd role which involves weekend maintenance and restarting systems during incidents. This is not the case at Morgan Stanley. In Budapest, our infrastructure and operations teams can work as system architects, which involves a lot of research and design,” says Júlia Balogh, a member of Krisztián Égi’s Remote Access Engineering team. She became interested in joining the firm during a SkillShare course given by a former Morgan Stanley employee. Her application was successful, and she got the chance to take part in a 14-week Technology Analyst program in New York before joining her current team.

“As a child, I could have never imagined such a career. Being a girl, I was convinced that IT wasn’t for me, and it was only after my high school graduation that I found out that women can be just as successful in this arena,” adds Júlia Balogh. “I am proud that Morgan Stanley encourages more young women to pursue careers in science, technology, engineering, and mathematics fields (STEM) through various initiatives. They also offer tremendous support to women within the organization, and I’ve really benefited from being part of the Women in Technology network here.”

Share of Hungarians in online education doubles during pande...