File photo shows European Commission Vice-President Frans Timmermans speaks during a media conference on strengthening the rule of law in Brussels on April 3, 2019.

The European Commission has promised to publish an annual report on rule of law adherence across its member states. But ahead of the second such study next month, Éva Kaszap finds that NGOs complain about the lack of specific recommendations, while the Hungarian government says its opinions were ignored.

The rule of law concept comprises an array of shared values, responsibilities, and universal principles that are fundamental to sustaining international peace and security. Practically, it means that no one is above the law. Democratically elected government ministers, lawyers, police officers, or mayors must follow the same rules.

The European Union is also based on the rule of law, which helps create its common identity. Independent courts that guarantee the protection of fundamental right and civil liberties, as well as a free media, are all recognized as the base for democratic societies.

However, concerned that these values are not equally applied in all EU member states, the European Commission established the European Rule of Law Mechanism in 2019. It aims to promote the principle by focusing on development and awareness in four areas: the justice system; the anti-corruption framework; media pluralism and freedom; and institutional issues linked to checks and balances.

Based on dialogue with national authorities and stakeholders, the European Commission says it will prepare a rule of law report each year, including remarks for each member state. Published for the first time in September 2020, the report identified substantial problems in all four fields in Hungary.

Regarding the independence of the Hungarian judicial system, the EC acknowledges the efficiency and high level of digitalization in Hungary. But it also expressed concerns over how the four-tier court system has been restructured since 2011, undermining its independence, the report claims.

It finds it worrisome that, despite its explicit mission to serve as a watchdog, the National Judicial Council faces trouble in counter-balancing the power of the President of the National Office for the Judiciary.

According to the paper, judges and lawyers have recently been subject to negative narratives in the pro-government media, undermining public trust and confidence in the justice system. 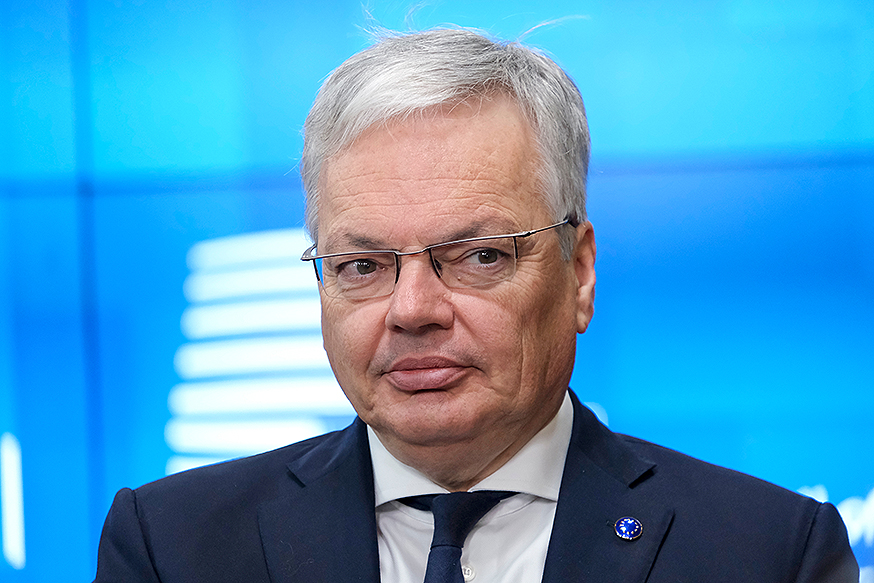 European Commissioner for Justice and Rule of Law Didier Reynders.

The report highlights that the system of judicial bonuses is not objective and transparent enough, raising concerns about the possibility for the authorities managing the courts to award bonuses to judges on a discretionary basis.

Some elements of the prosecution service also raise concerns, according to the paper. The Prosecutor General, for example, may remain in office after the expiry of his or her mandate, which is also outside the standard procedure and gives ground to political influence.

On anti-corruption issues, the EC says that in Hungary, these competencies are shared among different bodies, and there has been no determined action to prosecute corruption involving high-level officials, according to the report.

“The strategic anti-corruption framework does not include actions in areas relevant for corruption prevention, such as political party financing, asset disclosure, or regulation of lobbying,” the report informs.

When it comes to media pluralism, the report highlights that nominations in the Media Council are designed to favor the ruling party. The creation of the “Central European Press and Media Foundation (KESMA) increased media concentration to a dangerous level. KESMA unites some 500 portals, including two TV channels and almost all the regional print titles in Hungary,” it says.

The report emphasizes a of transparency in media ownership regulations and the growing political influence of the government through the unfair distribution of state advertising budgets.

Furthermore, the paper points out that in Hungary, public access to information is often hindered, and journalists are frequently barred access to certain public events. Media outlets that do not support government narratives face systemic obstruction, the report claims, citing the cases of anti-government radio station Klubrádó and news portal, Index.hu.

When it comes to the system of checks and balances, the EC paper says that in Hungary, the use of public consultations and impact assessments has diminished; in practice, these are rather formal and symbolic.

With the declaration of the “state of emergency” in response to the COVID-19 pandemic, the government was granted the right to set aside any law by decree, while certain emergency measures raised questions regarding their necessity and proportionality.

New rules on the constitutional complaint procedure were introduced, allowing administrative authorities to challenge before the Constitutional Court judicial decisions that have already become final.

The report raises concerns about the fact that the reaccreditation of the Commissioner for Fundamental Rights was deferred and that Hungarian civil society remains under pressure, especially when critical of the government.

On May 17-18, the European Commission held a high-level conference to promote the rule of law and follow-up on challenges identified concerning the COVID-19 pandemic and those highlighted in the commission’s first report. A second rule of law report is expected in June.

In shaping its second report, the EC says it has collected written inputs from a wide range of stakeholders, including academics, journalists, judges, and civil society organizations, to deepen its country-specific knowledge.

Hungarian NGOs, however, identified several points they felt were missing from the report, highlighting, among other things, that it “does not include recommendations for the national governments on how to tackle the problems revealed,” according to helsinki.hu, the website of the Hungarian Helsinki Committee.

“It does not cover the non-transparent nature of the case allocation system at the courts. Similarly, it does not address public procurement rules that allow for diverting EU funds, the corrupt system of informal payments in the public health system, and the governmental takeover of the public service media,” helsinki.hu adds.

Meanwhile, the Hungarian government says it provided what it considers a detailed, objective, and factual analysis to the EC. However, it complains that the commission ignored Hungary’s contribution in many parts. From its perspective, the judiciary in Hungary is independent, the anti-corruption framework is effective, the media landscape is plural, and the system of checks and balances is guaranteed, a 30-page analysis posted on the website of the Hungarian Ministry of Justice insists.

This article was first published in the Budapest Business Journal print issue of June 4, 2021.