In 2019, some 5.3% of Hungarians reported they faced a problem of crime, violence, or vandalism in their local area, according to data by statistical agency Eurostat.

The share of people reporting such problems is the fourth lowest in the entire European Union, well below the EU average of 11%. The only countries with lower rates are Croatia (2.7%), Lithuania (3.2%), and Poland (4.4%) 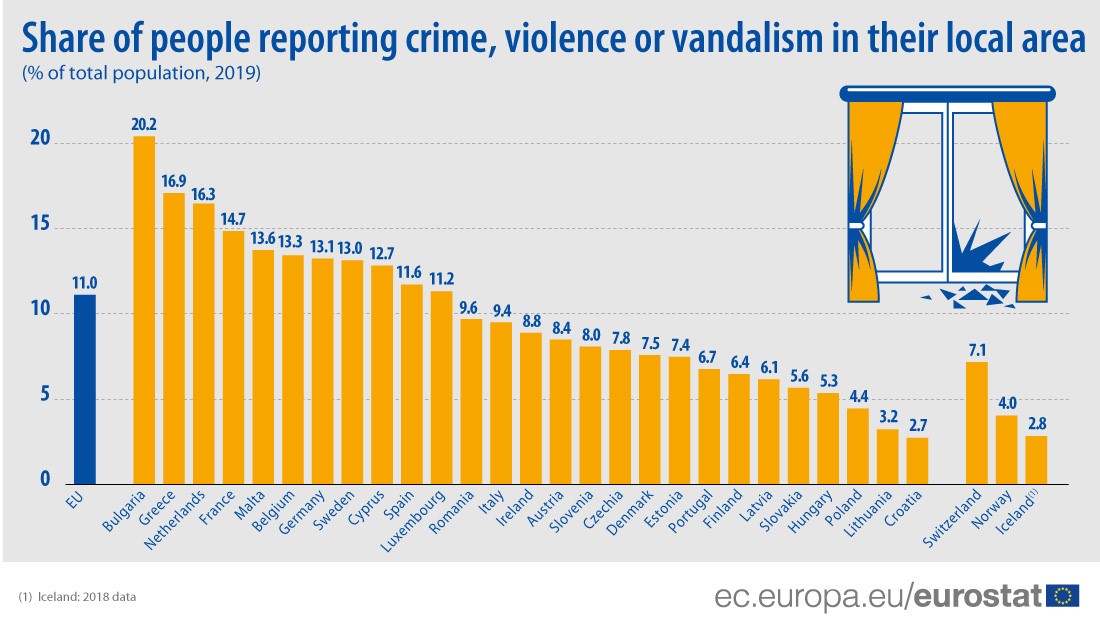 Romanian Salary up in June, Under Inflation