Relative number of marriages among highest in EU

In 2019, Hungary registered 6.7 marriages per 1,000 persons, which is the joint-third highest rate in the European Union, according to a report by Eurostat.

The EU countries with the highest number of marriages relative to the population were Cyprus (8.9 marriages per 1 000 persons), Lithuania (7), Latvia and Hungary (both 6.7), and Romania (6.6). Relatively high numbers were recorded in Slovakia (5.4), Denmark, and Malta (5.3) as well.

At the other end of the spectrum, the lowest marriage rates were around 3 marriages per 1,000 inhabitants, which were reported in Italy (3.1), Portugal and Slovenia (both 3.2), followed by France, Spain, Luxembourg (all 3.5). 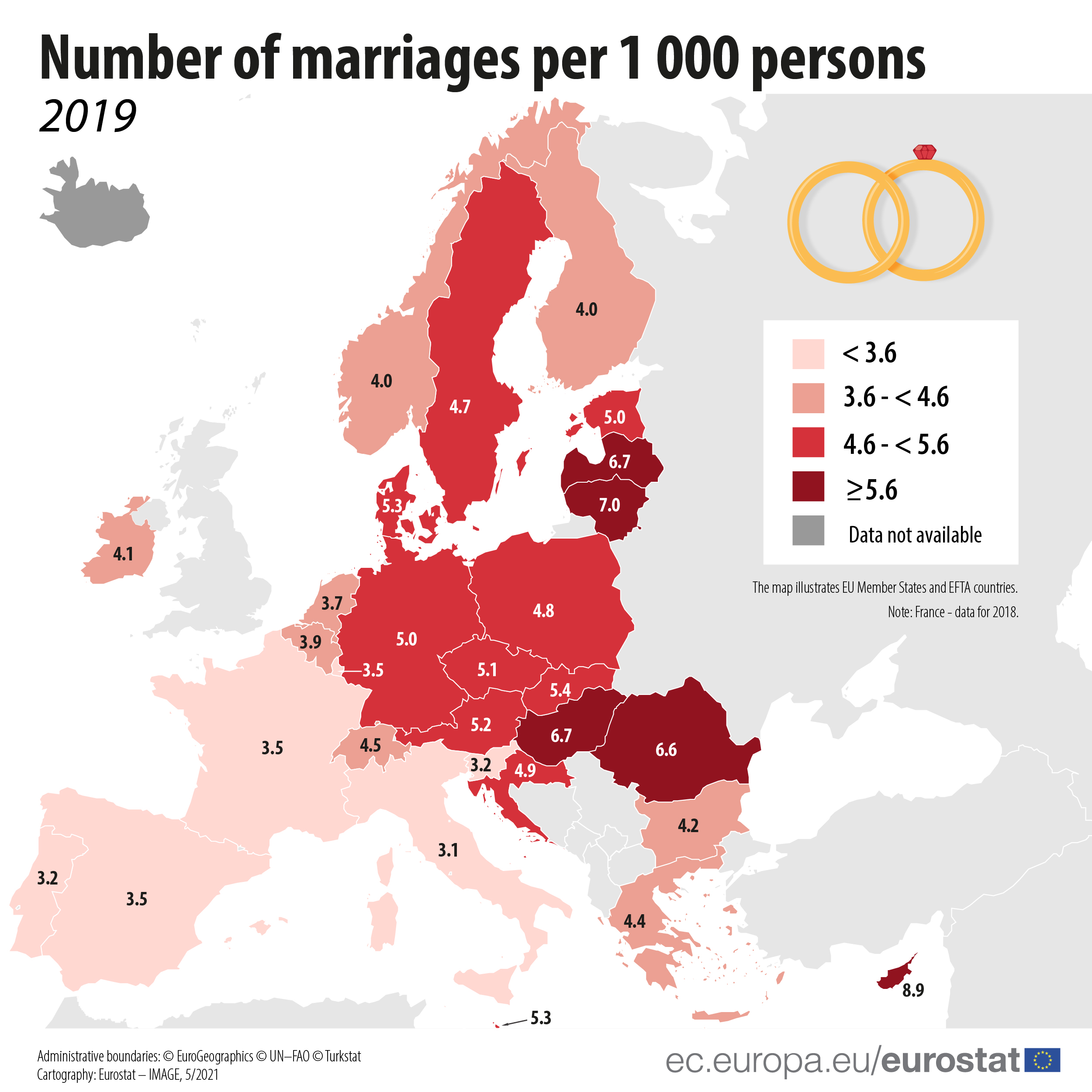 The long-term trend in the European Union shows that the number of marriages is decreasing, while the number of divorces is increasing. Since 1964, the marriage rate in the EU has declined from 8 per 1,000 persons in 1964 to 4.3 in 2019.