Yves Bonnefont, Stellantis chief software officer, on the left and László Kishonti, founder and CEO of aiMotive, on the right sign the acquisition agreement.

With the lingering effects of the coronavirus pandemic and the outbreak of the Russo-Ukrainian war, 2022 has seen struggling economies and a deepening energy crisis worldwide. Thus, global M&A activity was not as lively as in 2021, when it broke records. There was a slowdown in Hungary, too, although a major telecoms move will likely reshape the market, and one of the most significant deals in the region’s tourism sector has also been signed.

2022 will undoubtedly be viewed as remarkable by history, but by no means positively. The world seemed set to recover from one of the most devastating pandemics when Russia invaded Ukraine in February. The already ongoing energy crisis has deepened since, and the global economy is now heading towards a notable slowdown, with many countries on the verge of recession.

While the global M&A market reached new highs in 2021, breaking prior records, it is understandable that it hit the pause button this year. Early 2022 saw the value of large deals (more than USD 25 million or more) fall 24% from a year earlier, on a 12% drop in deal volume, according to McKinsey & Co.’s global M&A market report released this fall.

In Hungary, 2021 had seen a mixed picture: while the number of transactions was up by 25% from 2020, the combined deal value showed a 19% drop. Altogether, 132 transactions with a total value of USD 4.64 billion were made public in Hungary in 2021, with IT transactions dominating. So what was the story this year? 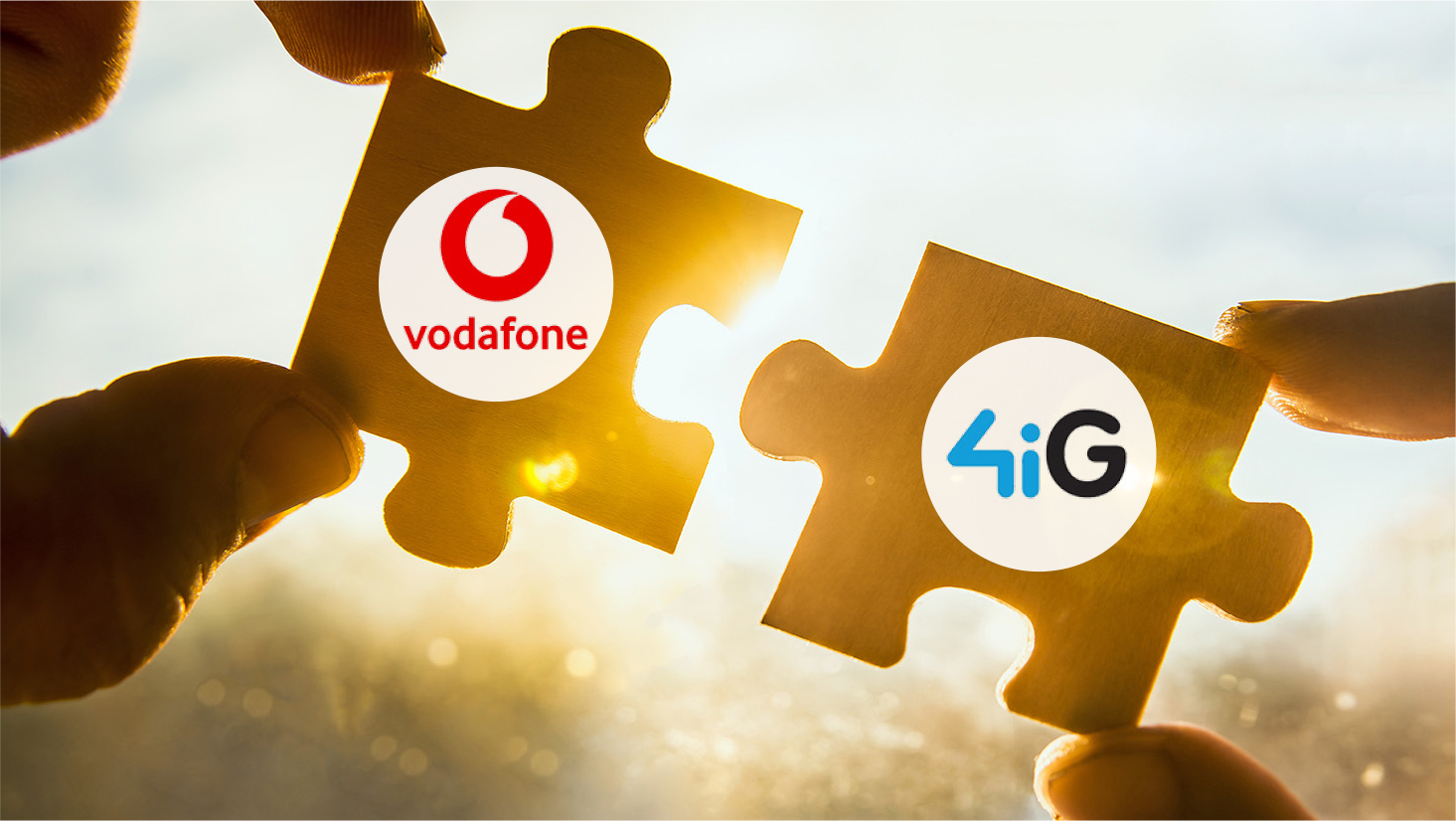 2022 started with the closure of one of the largest deals in recent years: Hungary’s 4iG completed the acquisition of cable service provider Digi. The company announced in November 2021 that it had agreed to acquire 100% of Digi for EUR 625 mln. Hungary’s government earlier declared 4iG’s acquisition of Digi of “national strategic significance,” thus exempting the transaction from the scrutiny of the competition authorities.

However, the appetite of a company seen as having close links with the government seems far from satiated: in August, 4iG chair and CEO Gellért Jászai announced that, together with the Hungarian state, it planned to purchase Hungary’s third largest mobile service provider, Vodafone Hungary.

“This will be the most significant market-shaping transaction in the telecoms industry in Hungary since the privatization of Matáv in the 1990s,” the company wrote on its website.

According to the acquisition plans, 4iG will become the owner of 51% of Vodafone Hungary, while the Hungarian State will take a 49% stake. Vodafone Hungary is being acquired for a total cash consideration equivalent to an enterprise value (EV) of HUF 715 bln.

“The acquisition will create a predominantly Hungarian-owned group of infocommunications companies and a clear number two operator in the Hungarian market,” commented Jászai in connection with the announcement.

However, things have changed a bit since the announcement. The parties promised to close the Vodafone transaction by the end of 2022. But it now seems the state might have a more prominent role in the purchase than initially planned. Both sides need to raise nearly EUR 850 mln to complete the deal.

According to the Hungarian news site Telex, the state part of the financing is relatively easily managed from some source or other. However, with regard to 4iG, it is questionable whether there is a better chance of forint or euro financing, in addition to the very expensive forint interest rates, the portal wrote early December.

It is now suggested the state-owned Eximbank also helps with a significant EUR 700 mln-750 mln bonds issuance. That would further increase the state’s role in the transaction, but arranging it will take longer. Until then, JP Morgan, which is organizing the financing, is looking for partners from domestic banks for some kind of bridging solution, such as a bridge loan, Telex says.

The government has a long-held aim to increase the share of national ownership in what it deems vital sectors. In recent years, steps have been taken in the energy, banking, and media sectors to achieve this, and the Vodafone purchase also fits into this picture.

But 4iG isn’t limiting its ambitions to conquering the terrestrial infocommunications market; it is also aiming for the stars. In September, 4iG signed a contract to acquire a 51% stake in Israeli satellite company Space-Communication over several years.

In October, 4iG also announced that the purchase of 75% of the Honeycomb Group was completed, meaning the company became the direct and indirect owner of 75% of the Crealive Advertising Agency and its subsidiaries.

But sometimes, even the big hitters fail to connect and knock it out of the park: after a lengthy negotiation process and a signed contract, the acquisition of MVM Net fell through in September.

Despite the financial burden that was caused by the fuel cap, Hungarian oil and gas industry giant MOL managed to seal a major deal in December. It entered the Polish market by acquiring 417 Lotos gas stations from Polish oil company PKN Orlen; the value of the transaction is USD 610 mln.

The deal is one of the conditions set out by the European Commission when it gave the green light to the PKN Orlen-Lotos merger. PKN Orlen and MOL also signed an eight-year fuel sales deal and a branding license agreement for Lotos petrol stations.

With the transaction, MOL becomes the third-biggest player in the Polish fuel market and could have more filling stations in Poland, a country with a population of 40 million, than in Hungary.

The acquisition means MOL has already exceeded its strategic goal for 2025 and expanded its network to around 2,400 filling stations in 10 countries.

Prior to the Lotos transaction, the Hungarian oil and gas firm had agreed on the purchase of Hungarian filling stations bearing the Lukoil brand with the operator Norm Benzinkút Kft. With 79 fuel stations, the company is fourth in the Hungarian market after MOL, OMV, and Shell, according to data from the Hungarian Mineral Oil Association (Mász). The Lukoil gas stations are among the 185 MOL will sell to PKN Orlen.

The Mészáros group, another government-friendly operation that forms part of the business empire of local plumber and village mayor-turned-billionaire investor Lőrinc Mészáros, further strengthened its energy portfolio by acquiring a majority stake in energy trading company Central Energy Trade. The deal was announced early in November, and if completed, it will join the Opus Tigáz and Opus Titász gas and electricity distributor companies in the Mészáros stable.

Stellantis, one of the world’s largest car manufacturers, announced in November that it had agreed to purchase aiMotive, a Hungarian company developing advanced artificial intelligence and autonomous driving software, to increase its technology development efforts.

Headquartered in Budapest, aiMotive has offices in Germany, the United States, and Japan, with more than 200 employees worldwide, including engineers with advanced AI and autonomous driving expertise. The Hungarian business will operate as a subsidiary of Stellantis, maintaining its operational independence and startup culture. Financial details of the transaction were not disclosed.

Elsewhere in this sector, AutoWallis Caetano Holding Zrt., founded by Hungary’s AutoWallis Group and its Portuguese partner, has gained ownership of Renault Hungária Kft., attaining the exclusive import rights for the Renault, Dacia, and Alpine brands in Hungary, the group said in a press release in October.

The AutoWallis Group did not stop with the purchase of Renault Hungária, however. The group acquired Net Mobilitás, owner of the No. 2 car portal in Hungary, JoAutok.hu, and car-bidding platform Auto-Licit.hu, from WAM Immobilia Zrt., the company announced this fall.

Mid-December brought two significant deals in the Hungarian banking sector. The first one was announced at the end of last year but only closed a year later. Austrian-owned Erste Bank Hungary had completed the acquisition of a 100% stake in German lender Commerzbank’s local corporate banking subsidiary Commerzbank Zrt., the company announced on December 12.

Another big player in the financial sector announced its plans to enter the Uzbek market. OTP Bank is to acquire the Uzbek Ipoteka Bank; the two parties signed the contract for the acquisition on December 12. The Uzbek Ministry of Finance currently owns Ipoteka Bank.

OTP has been in talks with the Uzbek government since the end of 2020 regarding the possibility of participating in the privatization of the country’s banking system, which has been a goal for the Uzbek leadership. The sale and purchase agreement between the two parties was ready months ago, but the Russo-Ukranian war intervened, and the deal was delayed until December.

Wirtualna Polska Holding, listed on the Polish stock exchange, will buy Szallas Group, which also operates Szallas.hu and has become an international player in recent years, the company announced in September. The Warsaw-based e-commerce and media company group is expected to pay EUR 82 mln to the ownership group. (For more details on this deal, see “Inside the EUR 82 mln Szallas Group Sale to Wirtualna Polska” on page 20.)

This article was first published in the Budapest Business Journal print issue of December 16, 2022.

Romania's Industrial PPI up in December