This is probably not the first time you have read that the coronavirus accelerated a transformation that had already been under way and the office is no exception. As the way we work has been changing, the environment we work in was also in need of an overhaul.

Companies have been aware of the deficiencies of the open-air environment, the predominant design of the past 15 years. They realized they could reduce space without hindering efficiency. With the COVID outbreak and the forced evacuation of offices, these processes have come forward. Firms were finally able, or perhaps it would be more accurate to say their hands were forced, to implement changes they had long been planning.

The most common one was, where possible, a reduction in office space, though this was by no means universal. With the exodus of workers, offices sit empty but rents still have to be paid. In most cases, though, companies had no choice but continue paying them.

Space reduction was also off the table due to contractual obligations. But that’s not case for new leases, or where the development of the space was ongoing. Here companies did not hesitate to move forward.

“We started designing an office for a large pharmaceutical a year ago that chose to go with an activity-based space,” Norbert Bányai, co-CEO of LEVEL Up Office Design told the Budapest Business Journal.

This approach means there are no designated workspaces for employees and the number of work stations is enough for 70% of the workers employed.

“These would include an ‘aggressive’ collaboration space, meeting rooms, lounges, a café – where anyone can work where they finds themselves most comfortable,” he explains. Then came the pandemic and for a while it looked that the company would stay with the initial design. Yet by the time summer came, like most, they took the consequences of the forced home working phenomenon and adjusted their requirements, Bányai says.

As opposed to the original space, already 70% of what would have been necessary in a ‘traditional’ office considering the headcount, they reduced the space even further. This new way of working not only brings with it a reduction to the overall space; the proportions within have also changed, Bányai explains.

“We designed a large ‘tribal area’, which is basically an office within an office. Here people or teams can collaborate, can sit down or hold a presentation around a large enough table, but it is also suitable for meetings and one-on-one discussions; an open but still separate project area.”

There is also a free-for-all, flexible zone where anyone can use a work station and a mix-and-match zone which can easily be adjustable to changing needs.

Flexibility and multifunctionality has been given much more emphasis in this new normal. It is important that offices are not rigidly structured, instead they can be easily repurposed by, for example, moving a table, or setting up a folding screen, the expert says.

To meet such requirements, designers use adjustable office furniture, tables with rollers, etc. There is still a need for meeting rooms where companies can hold “town-hall” meetings, but also areas that enable more focused work should someone’s home be not suitable for that.

However, not all thrive in an office environment. With this sudden shift to home, many realized how much more they can focus on work when they are not distracted by colleagues. Unlike in an office, people have authority over their home environment, says Bányai. This allows not only for a deeper focus with fewer distractions but more confidence in what one does.

New design approaches can only work if employees’ needs are thoroughly studied and understood, Bányai says. Especially given the limitations of a substantially smaller area, designers have to look carefully at the different functions and interactions in order that it would work in the end. 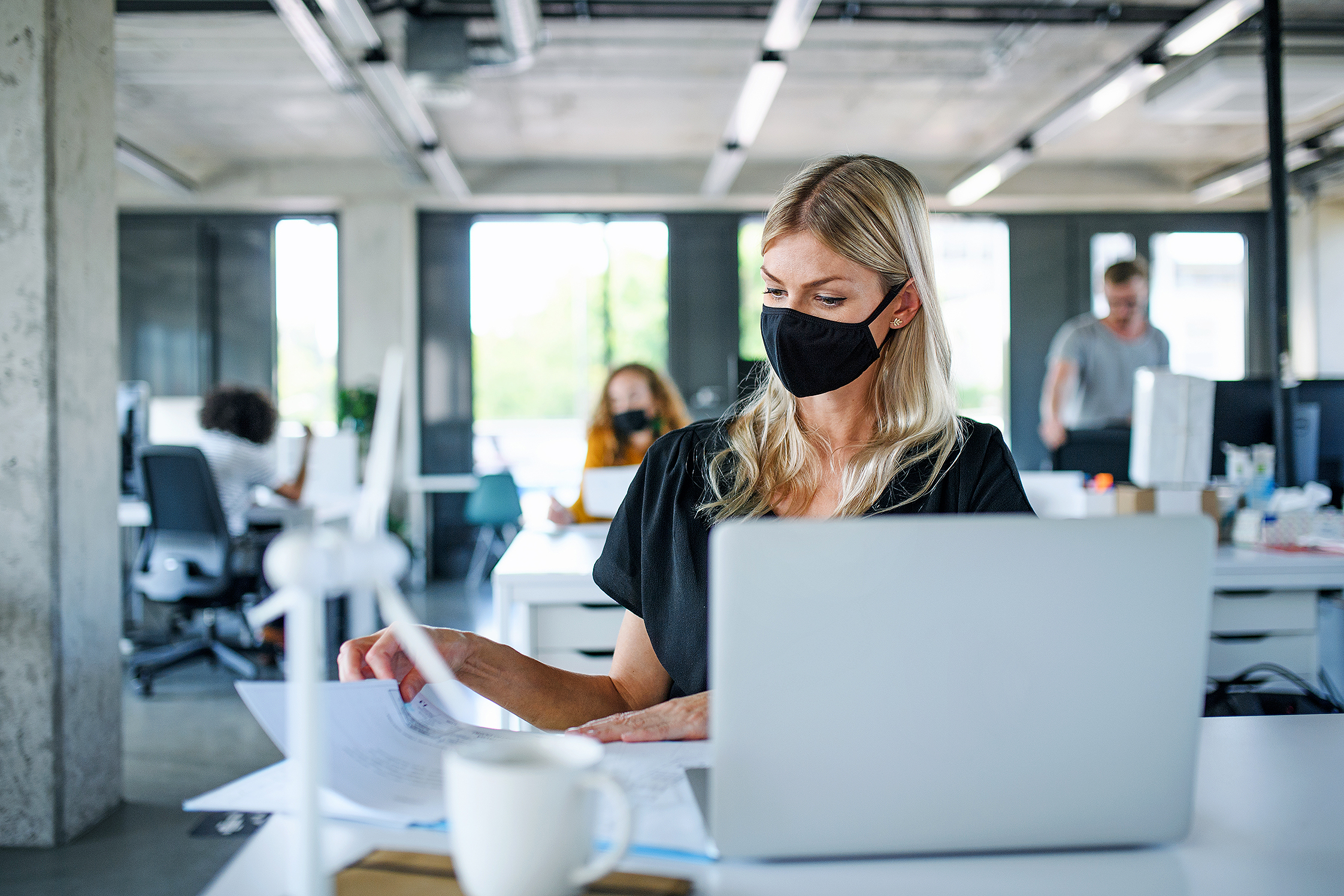 Though LEVEL Up has designed offices in several “A” category buildings, and has many multinational clients, it had to be even more thorough.

“We conducted a lot of interviews in advance, but even so, we have to pay much more attention to the relationship [between people and divisions],” Bányai explains, citing a telecommunication client who recently reduced its office space to less than a third of the original.

The optimization of space and the lessons learnt from the work-from-home phenomenon have made companies realize that there is even more room for reduction – and not only as far as office space is concerned.

“Many companies understood that work can be done efficiently from home and in general. So much so that they decided to let go of more people, and not only due to the economic consideration, but also because they can do with fewer,” Bányai says.

“These trends started prior to the pandemic,” he points out. “What the coronavirus did is it simply accelerated them and shifted focus. With people spending on average 2.5 days in home office, the purpose of the office has changed: instead of a space for (focused) work, their main function is to build and maintain community,” he explains.

And even though there is less time spent in the workplace, the office, as a major element of company branding has not lost its appeal, according to the expert. People may spend more time at home, but if the environment feels cozy and the office is well equipped, it remains attractive.

“People may come in to have a coffee and a chat with a colleague and when in, they may well stay and do some work at one of the working stations,” Bányai adds.

This article was first published in the Budapest Business Journal print issue of January 29, 2021.

Orbico Hungary to Move to H2Offices