BudaPart Offices: Much More Than a Workplace

This year has posed a number of challenges to the real estate market; therefore, it needs actors properly prepared for a changing environment to respond truly well to them. At BudaPart, along the Danube, Property Market is implementing the largest, city-scale development in the capital today, which is constantly advancing despite the pandemic.

In addition to the two residential buildings handed over last year, the first office building in the neighbourhood, BudaPart GATE, opened in February this year and, given its location, also stands as a symbolic gate to BudaPart. The building is already 90% occupied, with 12 domestic and international companies renting office spaces here: Novo Nordisk, Do TERRA, Serviced Office Belbuda, SEMCOM and Atradius, among others, have chosen this next-generation office building.

The primary aspect of modern-day companies is, more than ever, a green and human-centric, innovative approach, which the office buildings of the neighbourhood more than generously offer tenants. The offices have been built using environmentally conscious technologies and energy-efficient solutions, considering the criteria of the LEED “Gold” certification, which BudaPart GATE received a few months after the completion date.

City in the City

The location and the proximity of available quality services are increasingly important aspects for both employers and employees, and in the recent period, the need for a green environment has become ever more pronounced among tenants. BudaPart is centered around the community and the individual, with the aim of offering a mixture of active urban lifestyle with the relaxing beauty of nature, thereby becoming a place in the capital where both residents and workers love spending time. In this new neighbourhood within Budapest, in addition to the vibrant metropolitan environment and special architectural solutions, the residents and employees of BudaPart can also enjoy the calm  waterfront harmony of nature at their fingertips; what’s more, the 20,000 square meter office building offers a unique view of the waters of the bay.

BudaPart is undergoing a nearly 10-year development in the vicinity of the Kopaszi Dam, bringing along with it a constant expansion of services. In 2020, a restaurant named BudaPart GATE Melódin opened in the first office building, besides; “Grajnai the florist” recently opened on the shopping street level of the BudaPart Homes ‘A’ residential building, with a bakery, a supermarket and additional shops also soon coming along in the neighbourhood. The resulting services grant employees the advantage of significant time saved in everyday life with precious minutes or more to spare each day of the week. BudaPart employees can kick off their day with a morning run, arrange their banking, shopping or other to-dos during lunch time, dine with friends at a nearby restaurant, returning in the evening to their home inBudaPart, if they choose to reside here, just a few minutes’ walk from work. All this makes everyday life much easier, so the time saved on traveling or seeing to everyday routines can instead be spent on family, hobbies and relaxation, facilitating the development of well-being and leading to increased employee loyalty in the long run. 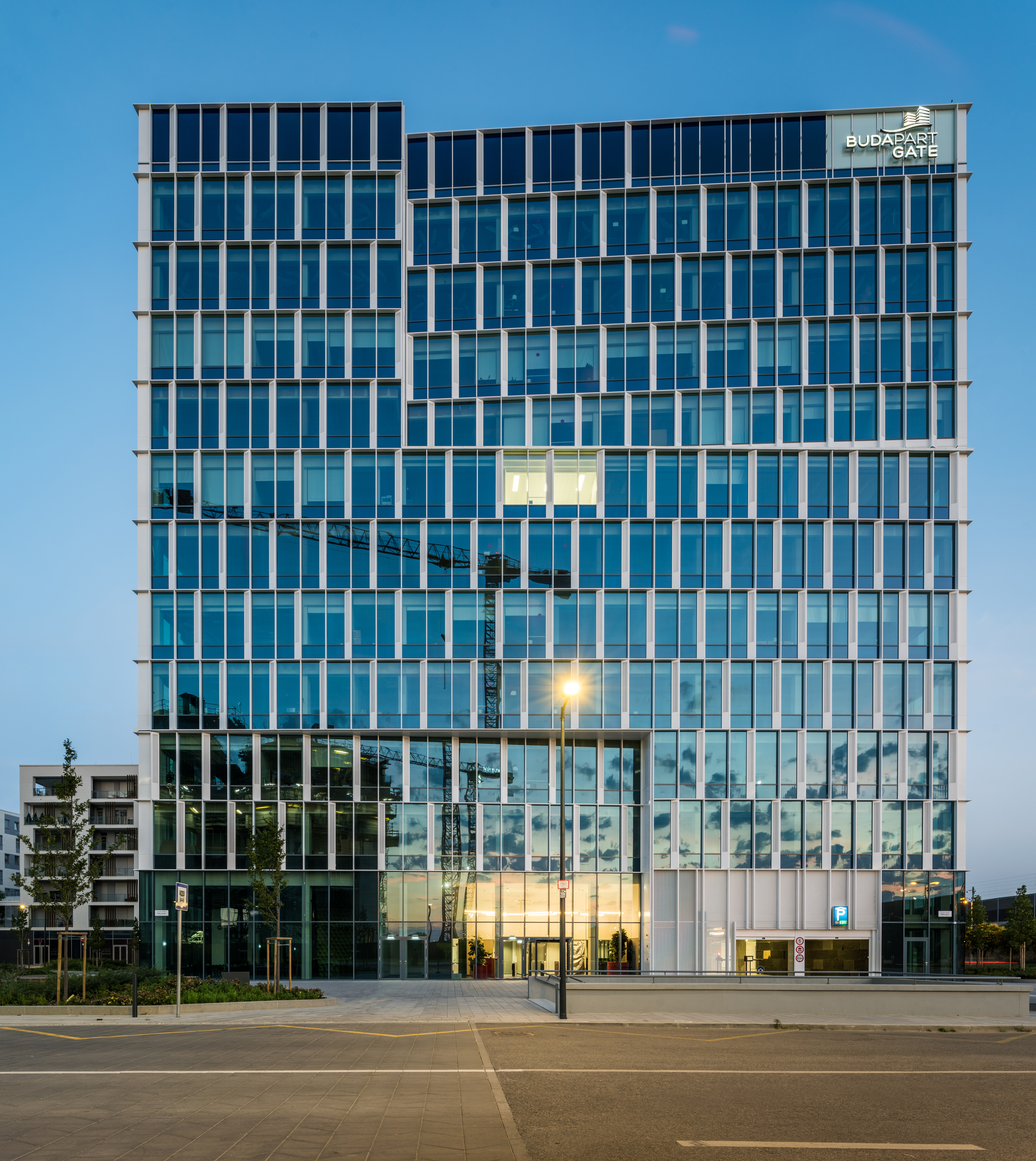 BudaPart CITY Ahead of Schedule

As of today, more than 15,000 sqm of office space has been rented, and the development is moving on as we speak: the second of the 13 office buildings, BudaPart CITY, reached the state of structural readiness in the fall, meaning the building, under construction by Market Építő Zrt., can be completed earlier than planned. The first tenants, including Bayer Hungária, who were among of the first to sign a lease for about 3,200 sqm a year before the handover, will be able to move into the six-story office building in the second half of 2021.

In addition to the office buildings and the hotel, 15 residential buildings and 15,000 sqm of commercial space are being built at BudaPart, along with the ongoing development of comprehensive infrastructure elements that make life even easier for residents and office employees, such as traffic light junctions, for example. As you would expect from an investment project of the scale of a neighbourhood, public transport opportunities are also constantly expanding: a MOL BUBI public bike sharing station was established on the side of BudaPart GATE in July, and the neighbourhood will be accessible by yet another bus service later this year, while the development plan of the Southern Circular Railway includes the establishment of a new railway stop called Nádorkert. Phase II of the development of the ‘Budai Fonódó’ tram network will begin soon; thanks to this project, besides bus services, BudaPart will also be available via an interconnected tram line directly from Szent Gellért tér. 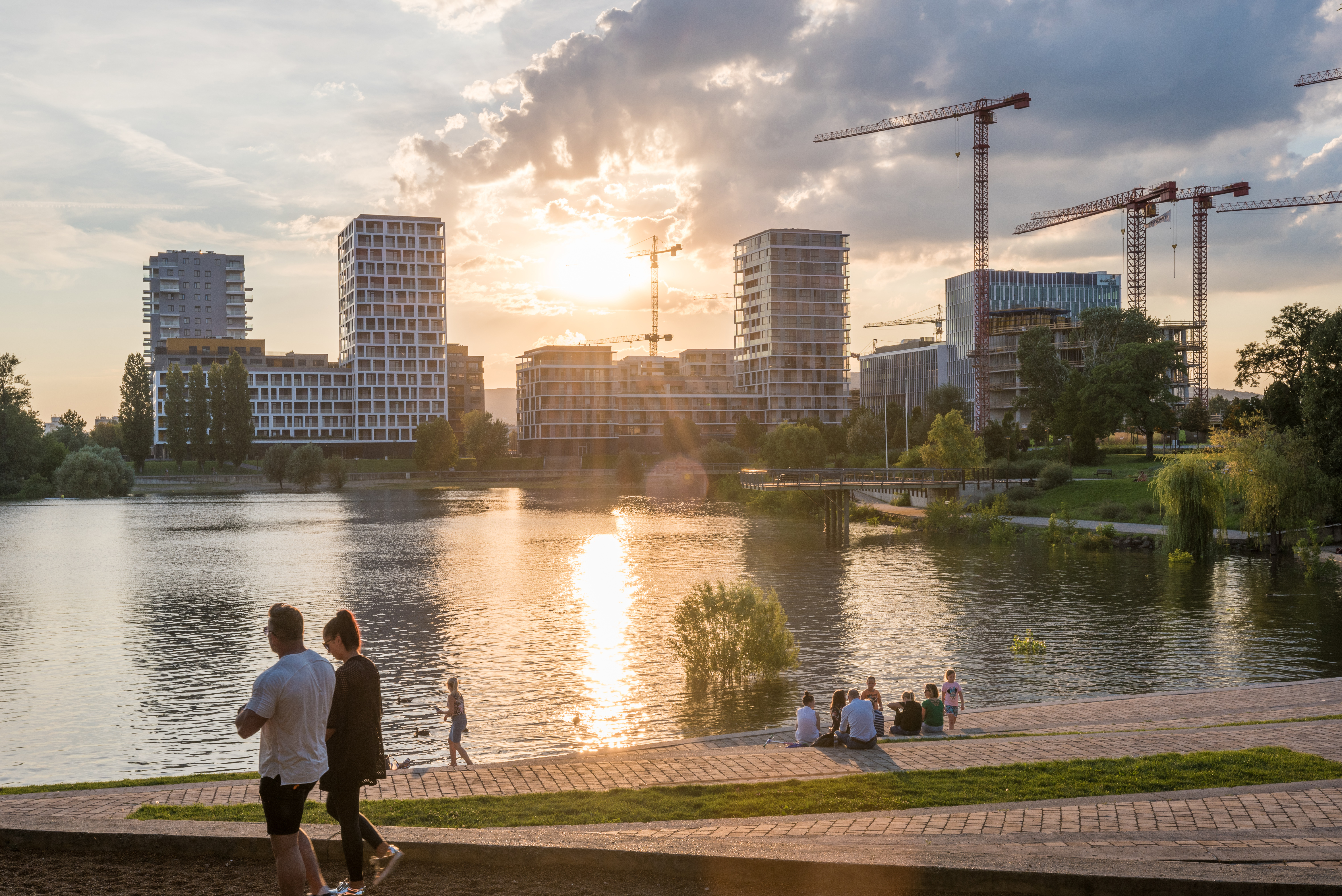 Uncertainty in the Investment Markets