Preparing for the 3rd Generation of Korean Investment

Ambassador Chulmin Park presents his credentials to the then President of Hungary János Áder on Jan. 20, 2021.

Photo by the Office of the President of the Republic.

Chulmin Park is the 13th ambassador of South Korea since Budapest and Seoul established diplomatic relations in 1989. Though accepted as “normal” today, at the time, this was a brave, pioneering move by Hungary, then a Warsaw Pact country. The Budapest Business Journal spoke with the diplomat about the state of bilateral relations.

BBJ: Relations between Hungary and Korea have come a long way since 1989. What do you see as the main developments?

H.E. Chulmin Park: I used to be the director general of European Affairs [in Seoul] from 2015-16. At that time, 55 countries were in my portfolio, including Hungary, which was a major country in the context of the V4 [Visegrad 4]. But seven years ago, the number one was definitely Poland, followed by Czech [Republic] and Slovakia and Hungary. In terms of investment size and scale, as well as in terms of people, the Korean community as well as the number of Korean companies, it was of relatively low standing [compared to] the other countries.

But, I came here, and was suddenly surprised. Wow! It’s a wonderful number! Investments are growing, and now the Korean community has reached 6,000 people. That is the fourth in all Europe! I can’’t remember the exact order, Germany, U.K. and France [have larger Korean communities], but Hungary is fourth!

The trade volume is growing at 20% each year, regardless of the pandemic. Last year, it was USD 4.8 billion.

This displays how strong the bi-lateral relations are now […] and that’s why I am, personally, treated very well by government officials and business leaders.

BBJ: But you have more than just the embassy here, you have the Korean Cultural Center, don’t you?

CP: I have very strong infrastructure [here], in comparison with my previous embassy in Lisbon, from 2016 – 2019. In Lisbon there was no KOTRA, the Korea Trade-Investment Promotion Agency. In Budapest, KOTRA has a separate building, with 10 people. And we have the Korean Chamber of Commerce in Budapest. There is very powerful investment, with more looking to come. We also have the Korean Cultural Center. In Lisbon, I had no organization like that. 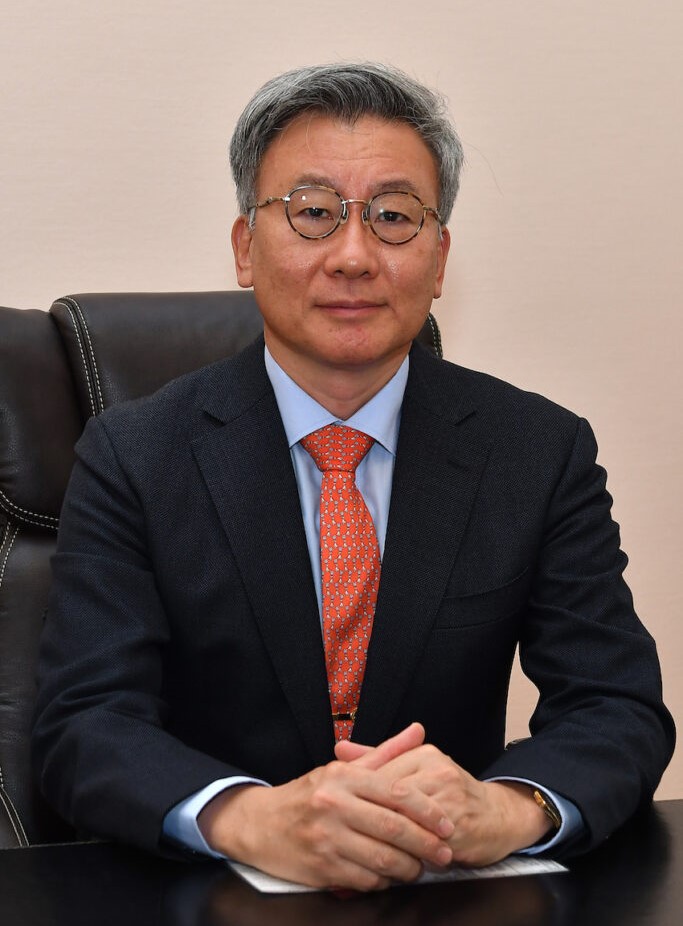 BBJ: Do those 6,000 Koreans mainly live in Budapest?

CP: I think so, 60-70%. Most of the Korean-established companies are based in Budapest and nearby, but now we have [plants] in Komárom and Debrecen, and coming in Iváncsa [30 km south of Budapest].

Students are a big proportion of our community, altogether 800, many medical students at the Semmelweis University in Budapest, and in Szeged, Pecs and Debrecen.

BBJ: Have you got investment figures?

CP: Figures from the authority here and from Korea are different, but based on my calculations, investment is USD 10 billion. In December last year, there were 270 Korean companies registered in our data, but this includes self-employed, one-man companies.

The first generation of companies here was in 1988-89, that was Samsung Electronics, followed by Samsung SDI, one year later, and the third was Hankook Tire. They invested here in 2005 or so.

Now, more recently, there is a second generation, with a huge amount of investment in the field of electric car batteries, [including] Samsung SDI and SK On. In 2019, for the year, we ranked as the largest investment country in Hungary. In 2020, according to the authority here, China was number one, and then, last year, we got the championship again. It was SK On; they announced a new investment, EUR 2.1 bln. This year, we should definitely remain the largest investor country in Hungary.

There are three companies this year: the first is W-Scope, with their battery separator manufacturing plant. The second is EcoPro BM, that is another approximately USD 1 bln investment, and the third is LG Energy Solution [in a joint venture] with Toray of Japan. It’s amazing. Mr. [Minister of Foreign Affairs and Trade Péter] Szijjártó is very active. He is the person who persuades [these companies] to come here.

We are now looking at third-generation investors, in biotechnology, R&D and cosmetics.

BBJ: I read an article that mentioned the Korean Cultural Center was the largest such center anywhere, except for Tokyo. I was shocked. Is this under your remit?

CP: Yes, I’m in control. The lady director joined me three months after I started here. Even during the pandemic period, she organized cultural programs online. She’s very active. We have 33 cultural centers, but in my assessment, this is number one, and I’ve been to Japan and New York. We moved into the building in 2019, but were hit by the pandemic. Now, we have no restrictions, and at this point they have implemented around 73 programs, with 1,300 some participants every week.

BBJ: And that’s a mixture of Hungarians and Koreans?

CP: No, Hungarians. They are the main target. The Koreans are a small portion. It’s a great success!

BBJ: In 2019 we had the Hableány cruise boat disaster, when 28 people died, including 26 Korean tourists. One body is still missing. What impact has that had on bilateral relations?

CP: At that time, I was the Presidential Secretary for Foreign Affairs and Trade at the Blue House, the Presidential Office [in Seoul]. I was summoned by the chairman of the National Security Council, and with the other, high-level people [the question was] how to deal with this? The decision was we had to send our technical people, soldiers, divers, and as soon as possible, meaning tomorrow.

But tomorrow is difficult to find the tickets, right? The answer was that we would send our military aeroplanes. But we were worried about this, how would the Hungarian government respond, it’s a sovereign country. But [the response] was a very warm-hearted embrace of all of us. And the cooperation was fantastic. We really appreciated this, it was not just lip-service, or a display of sentiment.

As the commemoration day comes, I witnessed this, how much devoted this government is.

BBJ: What about tourism?

CP: In 2018, the number was approximately 200,000. We thought it would go up, but [after the Hableány tragedy], people were worried. This area [was perceived] as very risky and dangerous, that’s why the numbers just stopped.

But, as COVID recedes, I’m expecting many Koreans will come. Even during the pandemic, LOT, the Polish airline, operated once a week [between Seoul and Budapest]. and very recently they extended to two per week. And we can see the Korean Airlines flying between the two capitals by the end of spring next year.

BBJ: What do you feel you have achieved here?

CP: I have just passed the half-way point [of a three-year posting] and I have already accomplished three big things. The first was the visit of my President [Jae-in Moon], this was the most important thing, last November. The second was the first Korean Day in Budapest, on May 21, Altogether, 10,000 Hungarian people attended. My plan is that this will continue [as an annual event]. And the third is that I earned the budget to enlarge the embassy here. There is more in the pipeline.

From Busan to Budapest

Chulmin Park was born and raised in the southern port city of Busan, Republic of Korea. He moved to Seoul to study for his bachelor’s degree and then to Florida, in the United States, for his masters in international relations. His diplomatic career includes stints in the Netherlands, Brunei, Moscow, New York and Portugal.

How Do We Combat the Uncertainty That Surrounds Us