Hankook Tire began construction of its first (and only) tire making plant in Europe in the village of Rácalmás, near Dunaújváros, 75 km south of Budapest, in 2006. Considered at the time to be “the most technologically advanced facility in the world”, according to Seong Hak Hwang, the current managing director, the plant has since more than tripled in size, with a capacity of 55,000 tires per day.

A member of Hankook’s Hungarian quality assurance team positioning a tire for the “plunger” test, checking the indentation of the tire.

BBJ When did production begin?

Seong Hak Hwang: Production started in June 2007. The Hungarian plant is a key part of Hankook’s European strategy, as it is the only production unit within the region.

BBJ: To date, what is the total investment?

SHH: Since laying down the foundation stone in July 2006, the factory has been continually expanded and updated, representing a total investment of around EUR 900 million. Production capacity has reached up to 19 million tires a year.

BBJ: How many employees are there today? Of the top management, how many are non-Hungarian?

SHH: Hankook Tire has around 3,000 employees at the Rácalmás facility. Already half of the top managers are Hungarian and this proportion is continually growing.

BBJ: Production in 2019 was, I presume, the peak year so far? What do you expect this year?

SHH: Actual production of tires varies depending on the types and sizes produced. We expect to reach the planned production numbers this year, despite major difficulties presented by the pandemic, thanks to the quick utilization of thorough health and safety precautions.

BBJ: Of production, what percentage is for export?

SHH: The Rácalmás factory serves the European market, only a very small percentage remains in Hungary. The biggest market in Europe is Germany.

BBJ: You are, of course, situated on a motorway, railway and even an international waterway. And you have an international airport 60 km to the north. How do you ship your production to the markets?

SHH: Since our factory serves the European market, we rely mostly on motorway and railway transport.

BBJ: Presumably there is a very wide demand for different types of tire, e.g. airplane, racing cars, heavy industrial, auto, lorries, etc. and all these require different performance characteristics. What is the production offering from Dunaújváros in relation to the “tire universe”?

During the past 10 years, the company has also strengthened its position within the medium and large size truck and bus tire segment in Europe. Mercedes-Benz and MAN selected Hankook as its original tire supplier in 2014, and Scania in 2016. Since 2013, we have also been providing tires to Schmitz Cargobull, the largest trailer manufacturer in Europe.

BBJ: That’s an impressive list. What’s behind all this success?

SHH: At Hankook, technological innovation drives tire development. For example, we have created our own Kontrol Technology philosophy, which we apply across the entire research, development and production process for all Hankook Tire products. The ‘K’ of Kontrol stands for “Kinetic” or, in other words, “movement.” Kontrol is based on the basic concept of being able to fully command the interaction between car, driver and the road.

BBJ: Well, safety has to be high on any tire manufacturer’s list of priorities.

SHH: In this regard, Hankook also developed Sealguard, an exclusive self-sealing tire technology, designed to increase safety. Since the self-sealing tires allow continued driving in the event of a puncture, this eliminates the need to change tires on the road side, and vehicles equipped with these advanced tires no longer need to carry spares, which frees up extra space.

BBJ: Not counting coronavirus, could you describe the two biggest challenges that had to be overcome in recent years and how you found a solution?

SHH: Challenges, small or big, present themselves constantly. However, due to our streamlined, inter-departmental communication channels and meticulously planned process continuity practices, we are able to swiftly overcome issues in such a way that supplying our customers is not affected.

BBJ: If I remember correctly, you had some labor disputes a few years ago. How were these solved?

SHH: Labor market turmoil caused difficulties at several major automotive companies at the beginning of last year. Fortunately, we managed to resolve the dispute through agreement.

BBJ: How has coronavirus impacted the company? Presumably production has declined. Have you had to make job cuts?

SHH: Our production is always based on market demand. We did experience a slight decline in the first half of the year, but presently we are running at full capacity in order to be able to meet all the requests of our customers. In terms of workforce, we do not plan any job cuts.

BBJ: You obviously have other plants around the world. Have any Hungarians been chosen to fill management posts in any of these companies?

SHH: There has been no permanent transfer; however, several of our colleagues worked in other plants of the company, supporting the set-up of new production, or participated in training programs in the R&D centers of the company.

We constantly focus on developing the talents of the best and brightest in every region. This is why we implement both short- and long-term training trips to our facilities around the world. Usually, the recipients return and take on positions in their native countries.

BBJ: What can you say about future plans? Are you prepared to expand production facilities, or are there constraints to expansion such as labor availability?

SHH: Hankook Tire, as all automotive companies in Europe, has been affected first by labor market shortages, then the pandemic, thus our expansion plans have been suspended. 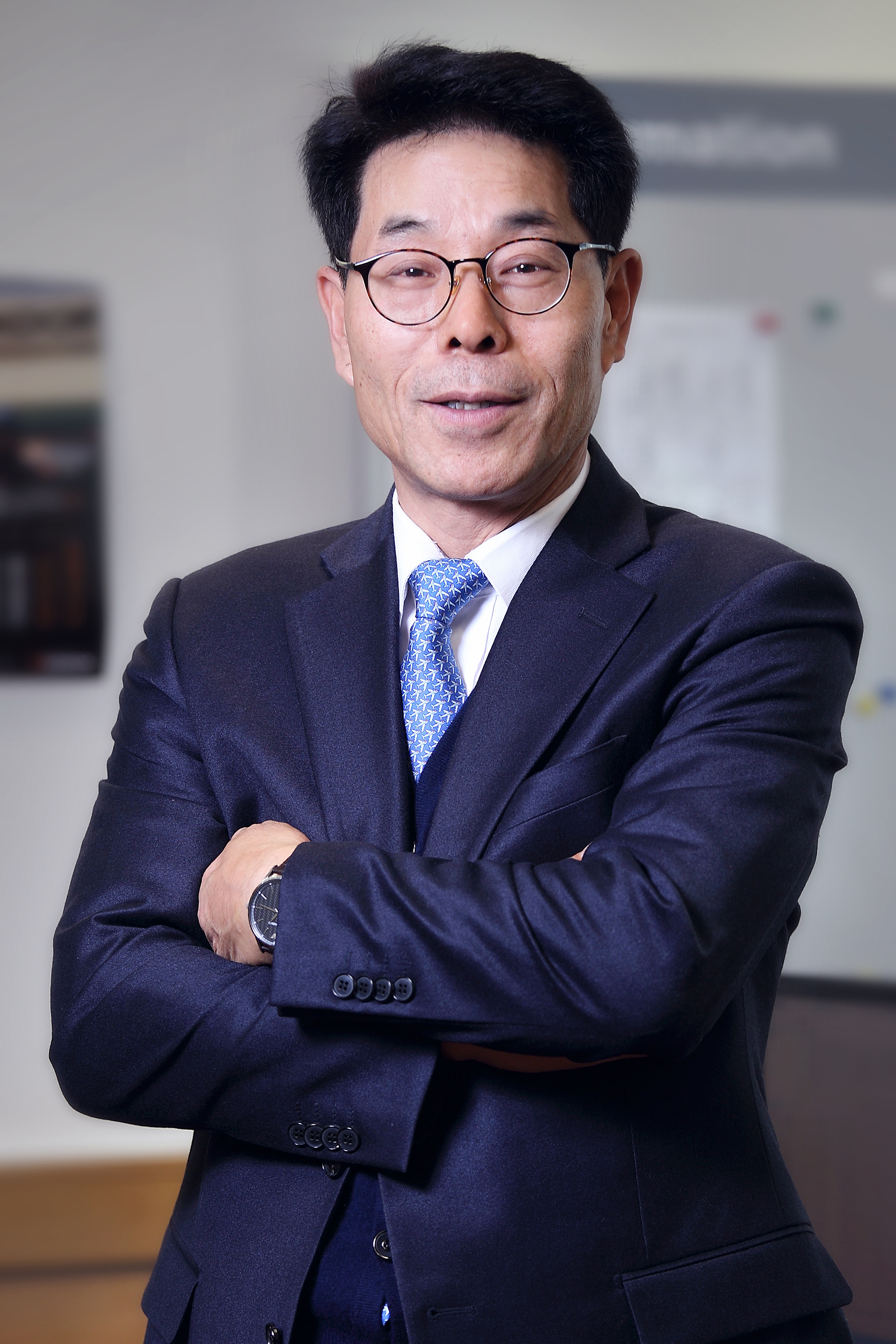 Seong Hak Hwang, MD of Hankook Tire Hungary, began his career as an engineer, and has headed Hankook’s sole European plant since January 2017. He has been with Hankook since 1987, and previously managed the company’s plant in Jiaxing, China.

Mercedes-Benz to invest HUF 400 bln at plant in Hungary