Onyx and Costes, two of Budapest’s finest Michelin-starred restaurants, recently pulled stunts to keep their name in the public eye. But, away from the spotlight, eateries with more modest ambitions are thriving.

In March this year, when COVID-19 shut down Budapest, Onyx, Hungary’s only two-Michelin-starred restaurant closed.

On its website, the restaurant promises something completely new called “Onyx Metamorphosis”. In the meantime, it has just concluded what it called “The Last Supper” competition.

Contestants had to say why they deserved to win a place at The Last Supper in a one-minute video message. The winners will dine on Onyx’s most “exciting dishes” for free.

To find out more about this ingenious stunt, I spoke to Anna Niszkács, CEO-owner of the family-run Gerbeaud Gasztronómia Kft., which owns Onyx.

“The Last Supper is a gag,” Niszkács told me, “a way of creating a buzz. It means guests can experience the Onyx environment with the same food and service as before for the last time before we metamorphosize into something different. This metamorphosis didn’t happen as a result of the pandemic. It was well underway by the middle of 2019.”

What was the idea behind inviting people to send in videos? “Due to COVID social-distancing measures, we would like to serve a limited number of guests. Normally, Onyx can seat up to 52 guests but The Last Supper will be much smaller. We didn’t want to give priority to the fastest paying or first to call guests, so we considered video application to be the fairest method.”

And what have the videos been like? “Some of have been very funny, others very serious. But every video is really kind. People really appreciate what we’ve achieved so far and they’re very curious to see what Onyx will metamorphasize into. At The Last Supper we’ll reveal some of our plans for the new Onyx.”

And what are those? “We have a manifesto for how the new Onyx will reemerge more beautiful when the time is right. Some of our aims are to create an immersive experience and more than just a restaurant. We will blend fine arts and food science into our creative process. We will develop new talent and forge a creative community. Everything we do will be guided by a sustainable approach.”

Another fine restaurant employing attention-grabbing tactics is Costes. For at least one weekend in October, the restaurant invited guests to dine on the Ferris wheel in the center of Budapest.

Speaking to international newswire service Reuters, Costes’ owner Károly Gerendai said “The Ferris wheel is ideal with its separate cabins so we can solve the issue of separate seating for guests.”

As stunts go, this isn’t a bad one, even if the restaurant at the Prater in Vienna has been doing it for years. I read the story on the U.K.’s Metro website.

The thing is, I’ve eaten at Costes Downtown and the ambience of the restaurant itself was as much a part of the experience as what we ate and drank. The photos on the Metro website didn’t make dining on the Ferris wheel look at all appetizing.

But that isn’t the point, I guess. It’s about survival. The interesting thing is that many restaurants in Budapest appear to be doing more than just surviving.

I recently dined at Irkafirka, a Hungarian place on Pauley Ede utca not far from Deák Ferenc tér, and the next night at La Coppola, a Sicilian restaurant on Károlyi Mihály utca, just down from Ferenciek tere. They were packed.

You don’t have to be a rocket scientist to figure out the reason why.

As Gábor Bánfalvi of culinary experience company Taste Hungary told me, “My impression is that local cafés and restaurants that were targeting local demand are doing fine, although demand is lower for them too. But Hungarians, including those who would be traveling to fancy places for vacations and long weekends are stuck here now. If they can’t go to their favorite place in Italy, they’ll spend their time and money in Budapest. Now local demand is high, and it would be great if it could stay like this. It’s the places that mainly depended on tourists that are in huge trouble.”

The lack of tourists has led to the closure of three of the restaurants Taste Hungary worked with. Gettó Gulyás, Centrál kávéház and Borbíróság, for example, have been closed since mid-March. “Some are planning to reopen when tourism returns but others might be closed for good,” Bánfalvi said.

It has also devastated Taste Hungary’s business. “We lost 100% of our business from one day to the next. We had to lay off 90% of our staff and have just two part time sommeliers left to serve the demand in our new wine store on Bródy Sándor and web shop selling wine to European clients. This was unimaginable before and is devastating. Fortunately, we own all of the properties that the businesses are in, so we have a chance to come back when things are back to normal.”

I’ve been told that, despite all of this, new restaurants and bars are opening up, which suggests that some people feel optimistic, or at least like a challenge.

“I’ve heard of one restaurant that just opened,” Bánfalvi said. “This is Szék on Andrássy út. And there’s Múzsa, the new cocktail bar at the Gresham Palace, which oozes confidence.”

And would Bánfalvi care to make any predictions as to the future of the Budapest restaurant scene? “At this point, I can no longer make any,” he told me. 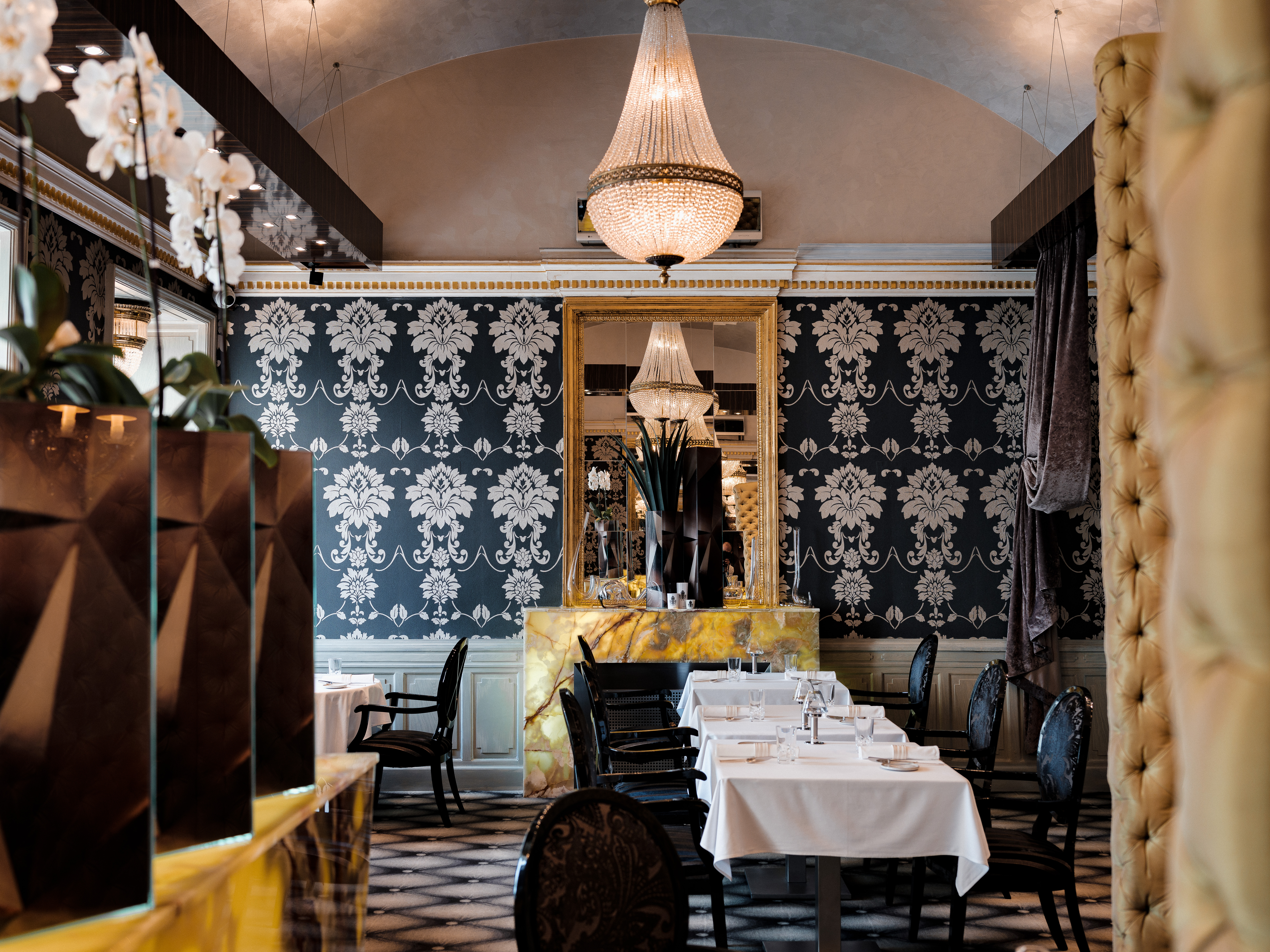 The Hanukkiah and the Tree: Celebrating a Hungarian-Jewish C...

MNB doubles down on Revolut position