Wine Events Stagger on but Gems to be Found

Fall in Budapest is usually a frenzy of fun wine events with venues vibrating with vinous energy and the buzz of bibulous imbibers. Walkaround wine tastings are as much a test of staying-cum-standing power, as they are of palate prowess, but now there’s also the background fear of coming away with something more than an unpleasant aftertaste, if any taste sensation at all!

With the intention of being first in, first out before it got busy and risky, I made my way to this year’s edition of Bormedence, which normally pays homage to wines from the Carpathian Basin, mainly (but not exclusively) made by Hungarian or ethnic-Hungarian winemakers from within and without Hungary’s present-day borders.

Bormedence 2020, held at the Magyarság Háza or House of the Hungarians in Duna Palota, District V on October 10, unsurprisingly featured only vintners from within these currently protected borders, with a particular focus on the Mátra and Bükk regions, from northern Hungary.

There were more than enough exciting new wines to ensure I ended up among the last out of an enjoyable, if not at all busy event.

Since the large companies dating back to the communist system have dissembled, Mátra has become awash with many miniscule producers who have taken over what is some very fine, often volcanic terroir, in ideally-situated cooler sites that are the place to grow grapes as the planet warms up.

The organic Páger Pince from Gyöngyöspata has just two hectares of grapes, but it is a case of small is beautiful, judging by the very polished and layered wines, including a zesty but deep Zöldveltelini (Grüner Veltliner) from the 2019 vintage.

This was spontaneously fermented and skillfully vinified wholly in new oak, without the wood dominating the wine but being nicely integrated and adding an extra dimension; letting you know it is there, without shielding the fruit. It was also kept on fine lees for 10 months, but not stirred, and bottled with a low amount of sulfur.

One might ask why a white wine like Zöldveltelini would need to go into new oak, but when a bijou cellar buys a new barrel, they’ve got to use it straight away, instead of breaking the barrel in by making bulk wine in it, for example.

If a white wine is actually fermented in an oak barrel as well as aged in one, then it can often be less oaky than if it were fermented in stainless steel and only aged in the barrel, due to the wood being more gradually integrated. That is the case here.

This wine is currently available at the cellar for HUF 3,800, while it should be available in Budapest in a month or so at the VinoPiano wine bar.

A new Mátra winery for me was René’s Wine Heaven. René Juhász is a former center-forward for the Gyönyös soccer team who has struck out into grape growing and winemaking, cultivating seven hectares, six of which are farmed organically.

His Bíborkadarka, which is a crossing of Kadarka and Muscat Bouschet created by Pál Kozma and József Tusnádi in 1948, basically as a grape to add color and spice to blends, was an exciting novelty: very aromatic and full of sweet spices, marzipan and dried-fruit Christmas cake-like notes.

However, it was a wine from the better known Olaszrizling grape variety that really lit up my palate. High in alcohol at 14%, this spontaneously fermented and unfiltered wine nevertheless had the body and concentration to carry it, and was pristinely pure, smooth, linear and balanced on the palate.

It is remarkable value at HUF 2,500 from the winery, which doesn’t even have a website, but Juhász does deliver wine to Budapest a couple of times a week (email: reneswineheaven@gmail.com).

One of the criticisms of Olaszrizling is that the acidity can drop off rapidly when the grapes are left out of the vine in the pursuit of full phenolic ripeness, leaving flabby, uninteresting wines.

The last place one might expect complex Olaszrizling to come from would be in the warmer southern climes of Hungary, but Zoltán Horváth of Planina Borház from the Pécs wine region has found an innovative way of packing in acidic punch, by planting different clones of the pan-Central European grape.

By vinifying grapes from clones of more acidic takes on the grape variety (specifically from Kutyevo in Croatia’s Slavonia region, where the grape is called Graševina, from the SK 54 clone from Fruška Gora in the Syrmia region of Serbia, and the Austrian A3-1 Welschriesling clone) he has succeeded in making a really vibrant Olaszrizling for the 2019 vintage from the now three-year-old vines that are planted together.

With lots of thirst-quenching green fruit, lime peel and a nice touch of nuttiness, it is a bargain at HUF 2,290 from Pannonborbolt.hu.

Nevertheless, wines from local clones growing in some of Hungary’s complex soils do have the knack of nicely retaining acidity while ripening fully. Another Olaszrizling that really hit the spot at Bormedence was Öregtőkék Olaszrizling 2019 by Balázs Káli, from the Káli Basin in the Balaton-felvidék.

It comes from 50-year-old vines from the volcanic basalt soil of Fekete Hill, near Szentbékkálla. It is expected to be available from Bortársaság soon (for between HUF 2,500-3,000), but for now the 2018 version is still available.

Balázs Káli will be one of 70 producers pouring 150 wines at the Grand Tasting of Olaszrizling Október, which will be held at the Corinthia Hotel on October 17, from 2-10 p.m. See you there, early doors of course! 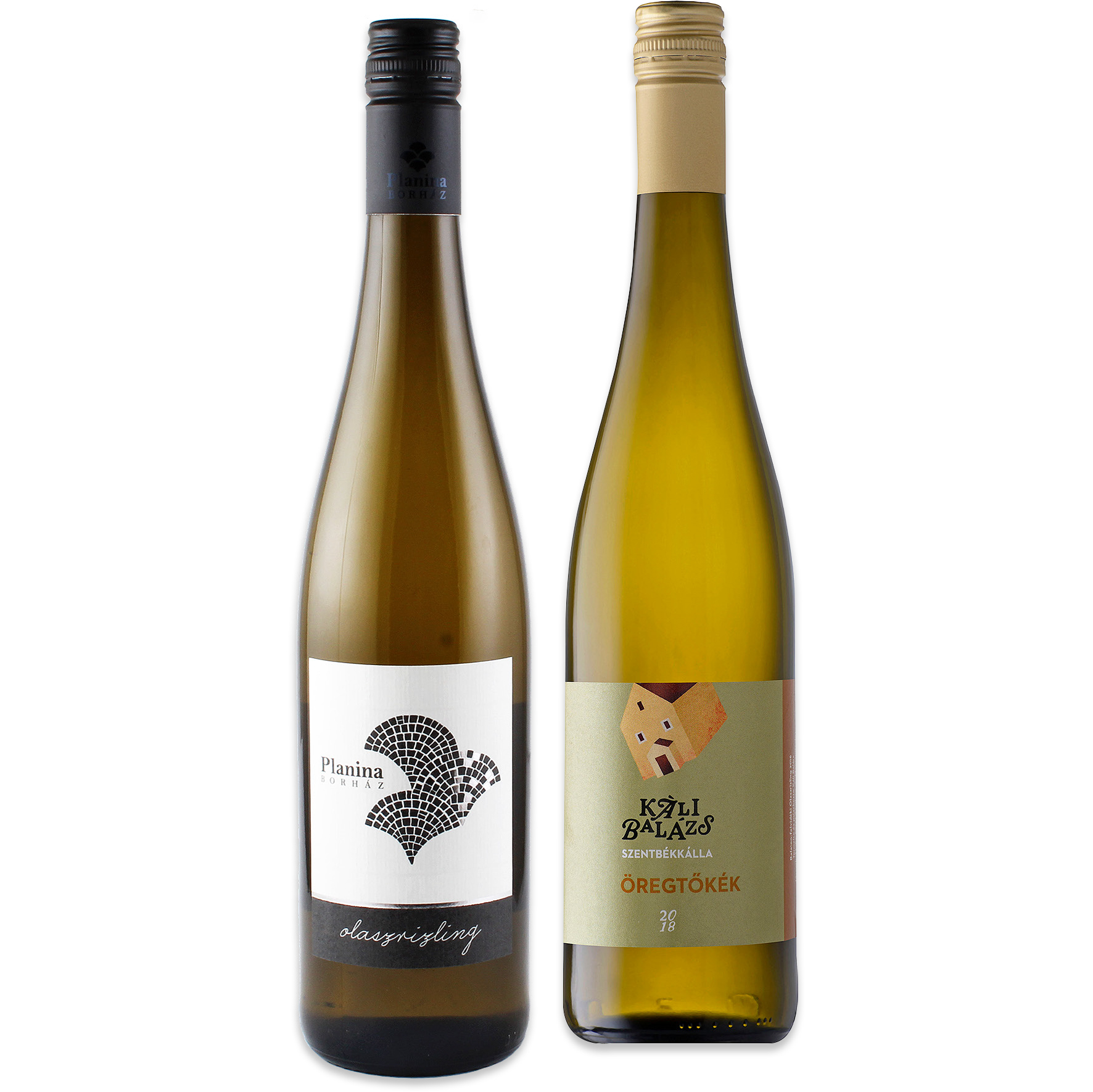 Off the Beaten Track and Well Beyond