In Pursuit of Pitch-perfect Pinot

Picky, high-maintenance Pinot Noir is not a grape that likes to put itself about across the wine world in the way that its fellow Burgundian partner in Champagne crime, Chardonnay, does.

While Chardonnay can thrive in cooler and warmer climates alike, Pinot is highly particular as to where it is willing to put down its roots and yield pitch-perfect grapes. A fraction of a degree too warm or a few rays of sun too many and it can come out jammy and flabby.

While it prefers cool climates, it can still be a challenge to ripen it fully and its thin skin makes it prone to fungal infections and rot, a problem in damper climates. However, get it right and the results can be mesmerizing.

Hungary may not be a Pinot paradise (it’s too hot for that) but there a few nooks and crannies from which skillful winemakers coax good quality Pinot and even channel the terroir into the bottle. A recent blind tasting by the Bormedence Borklub revealed some splendid specimens.

Ottó Légli is more renowned for his elegant whites than reds from the southern side of Lake Balaton in the Balatonboglár wine region. However, he’s succeeding in bringing similar refinement to Pinot Noir, which hails from a Loire clone planted in Gyugy and Szőlősgyörök where it grows on loess and limestone-clay plots, close to Central Europe’s largest lake, which likely exerts a moderating influence in the heady heat of summer.

Incidentally, back in Burgundy, the benchmark region to which all Pinot Noir is compared, the grape loves limestone, especially when it is combined with clay, when the high alkaline content of limestone results in wines that are higher in all-important acidity.

I remember tasting Ottó Légli’s Pinot years back and thinking it showed potential but was a little rough around the edges, but his 2018 is subtle and smooth. Fermented in open vats by indigenous yeasts, it was then aged for a year in 500-liter barrels and has a touch of oak that nicely enhances the supple red fruit. It is great value at HUF 3,290 from Bortársaság.

The top-rated Hungarian wine at the tasting, József Szentesi’s Nadap Pinot Noir 2017 (HUF 5,000 from the cellar or HUF 6,180 from wineloverswebshop.hu), is an organic wine that comes from soil with volcanic granite bedrock and limestone topsoil, from Burgundian (60%) and Hungarian (40%) clones, growing in Nadap, close to another lake, Velence, in what is officially the Etyek-Buda wine region.

This wine is rich and complex, yet balanced, with a floral touch of violet on the nose, then notes of red fruit (especially cherries and sour cherries), Christmas spices and tobacco. It’s got a pleasing combination of primary fruitiness and a tertiary touch of maturity, as well as a nice kiss of oak and round, ripe tannins (Pinot is generally low in tannins but this one not so much).

It has a high alcohol level at 14.5% but it is well integrated into this concentrated wine, which reflects its warmish place of growth, adding body rather than burn on the back of the throat. A small amount of sulfur, to preserve the wine’s freshness, was only added at the bottling stage, with no sulfur used elsewhere in the vinification. It was neither filtered nor fined.

Pinot Noir is also grown on Tokaj’s volcanic soils, but the wine made from it cannot be labelled as Tokaj, as it is not one of the six permitted varieties in the region, so it goes under the name of Zemplén, from the Protected Geographical Indication (PGI) that covers wines made from other grapes in the area.

It is notable that Sauska, which has wineries in both Villány, the renowned red wine region in the extreme southwest of the country, nestled next to the Croatian border; and in Tokaj, today an almost exclusively white (and sweet) wine region in the northeast – has chosen the cooler climate Tokaj to plant Pinot in.

Incidentally, red wine is nothing new in Tokaj. Purcsin, the somewhat Pinot-like red Tokaj grape that was prominent before the phylloxera louse arrived in Tokaj more than a century ago, has been saved from the brink of extinction and is being turned into wine by the likes of Szentesi.

The super experimental Sauska winery actually has two single vineyard Pinots from Tokaj, which both come from French clones. Sauska Pinot Noir Birs 2017 (HUF 5,950 from Bortársaság) comes from organically-grown grapes from the Birsalmás vineyard, which has undergone restoration work in the last few years with the stone walls being rebuilt at an angle to protect the terraces against downpours and soil erosion.

From clay-rich rhyolite loam, it was fermented for a whopping 28-35 days as a way of preserving varietal character. It was aged for 10 months with 80% going into used French barrels and 20% into ceramic “eggs.”

The bid to preserve varietal character has worked, with an abundance of Pinot’s pure red fruit coming through in this fairly intense wine, especially strawberries and red-berry compote, alongside complex herbal and spicy anise notes. It has fairly prominent tannins for Pinot, yet they are silky and smooth.

It came a close second at the Bormedence tasting. This is very impressive for a Pinot from young vines and will likely become increasingly sophisticated as the roots dig down further. It looks like a very smart choice to opt for the comparative cool of Tokaj, rather than the warmth of Villány, especially given the tendency of rising temperatures. Sauska’s other Pinot Noir comes from the Padi vineyard.

Other makers of Pinot Noir from Tokaj include prominent historian Krisztián Ungváry’s Váyi Pince, whose wine showed well in the tasting, and Izabella Zwack’s Dobogó Pincészet (not featured in the tasting).

The third-placed wine at the Bormedence tasting came from Stumpf Pince from Eger, whose Nagy-Eged 2017 comes from the pure limestone of the landmark hill that towers over Eger. It was hedonistic and a tad jammy for my palate, with the 14% alcohol really sticking out.

I found greater pleasure in another Eger Pinot: Kovács Nimród’s Monopole 777 Pinot Noir 2016, which was also ripe and concentrated but smooth, long and earthy.

This article was first published in the Budapest Business Journal print issue of  March 26, 2021. 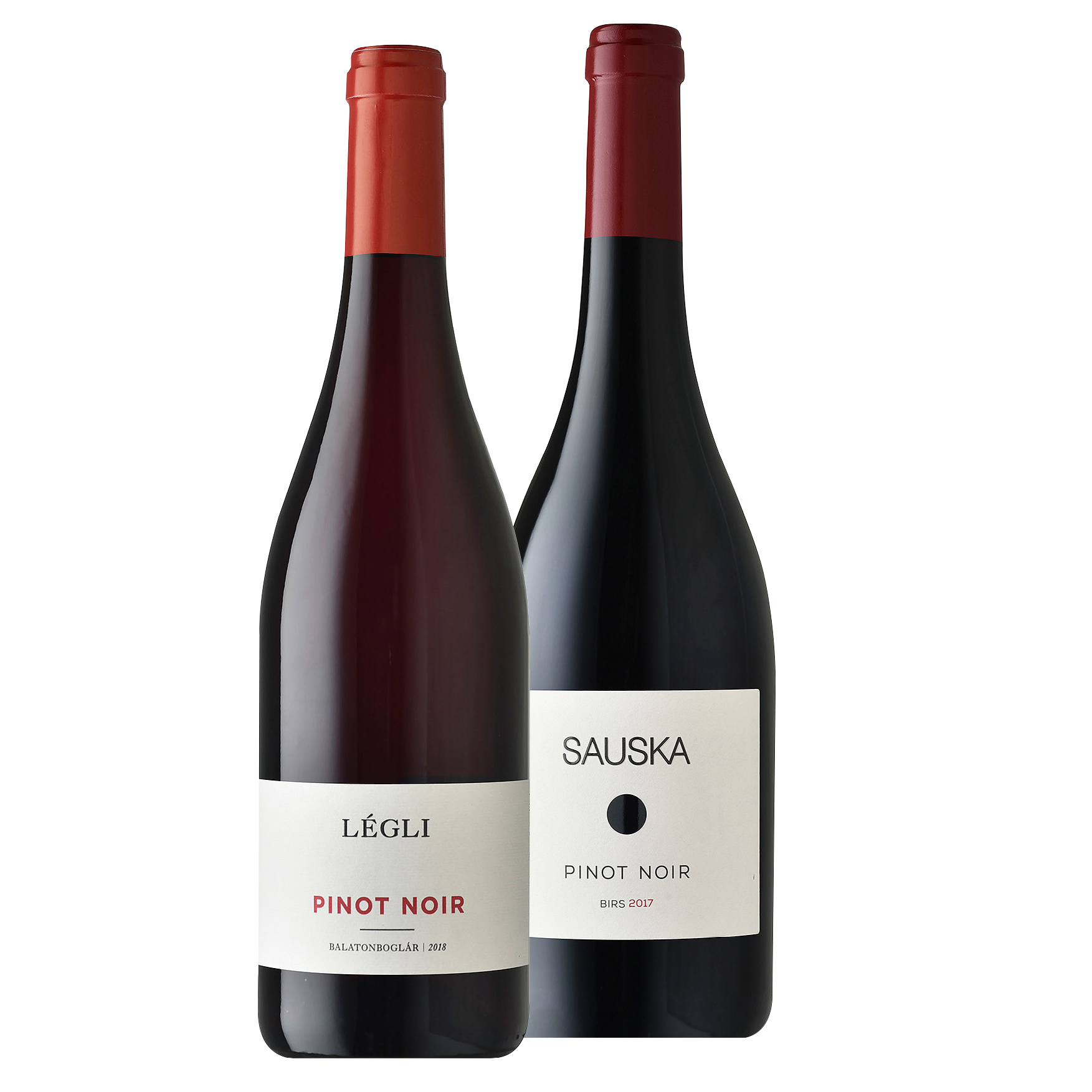