For the 2022 season, Margaret Island Open-Air Stage will once again host world-renowned stars and well-known Hungarian artists. As in previous seasons, the theater continues its mission to draw the attention of national and international audiences to Budapest with its artistic repertoire, which is internationally significant.

Who would not be stunned at the sight of such a line-up? Aida Garifullina, Maria Agresta, Valentina Lisitsa, Francesco Meli, Victor Solomon, Pier Giorgio Morandi, Eszter Sümegi, Gábor Bretz, and Mihály Kálmándy. The operas “Tosca” and “Attila,” the musicals “Stonehearted – The Baradlay Legend” and “Mozart!,” as well as “The Gospel of Mary,” the release of the album “Esthajanal” (Dusk), and a Pink Martini concert. And that is not all!

“For the open-air summer festival, Margaret Island Theater is preparing to open its gates to international and Hungarian artists while still paying attention to high quality. After all, we could say our audience has come to expect that of us,” states Teodóra Bán, manager and artistic director of Margaret Island Theater.

“We shall host many internationally renowned artists and even more home-grown talent. Our goal this year is to open our doors again to the Hungarian public and international spectators alike. After all, Budapest, together with its lush Margaret Island, occupies a distinguished place on the map of Europe as a destination for culture and tourism,” she adds.

Margaret Island has created its own productions and dramatically staged shows, operating in co-productions with respected professional partners such as the Hungarian State Opera House and the National Philharmonic, among others. This year’s premieres include new stagings of “Tosca” and “Attila,” as well as the popularly hailed “Opera Gala – Best Opera Songs” featuring a world-famous soprano. One of the summer’s most exciting premieres will be the musical “Stonehearted – the Baradlay Legend,” dreamed up by Vajk Szente. Also featured are the musicals “Mozart!” (a co-production with the Petőfi Theater of Veszprém), “The Gospel of Mary,” and “Elisabeth,” which arrives from Kecskemét. These musical spectacles will be realized on Margaret Island with remarkable casts filled with the best singers from the country’s musical community.

Ferenc Fegya Jávori and the Budapest Klezmer Band will hold a concert of their lifework. The Saint Ephraim Male Choir will celebrate its 20th anniversary with a 400-member chorus and will be joined by guest star Viktor Solomon. The Budapest Gypsy Symphony Orchestra will commemorate the 35th anniversary of its formation, dedicated to its Roma prima violinist founder László Berki, on Margaret Island’s imposing stage. The first program in May will present the history of the group Irie Maffia, similarly celebrating an anniversary, with a symphonic concert. They are followed by the returning Magashegyi Underground formation. Popular performer Miklós Fenyő, 75 this year, will perform on Margaret Island for the 25th occasion.

Margaret Island Theater’s season has expanded to include four months’ worth of programs. Check out the theater’s website, www.margitszigetiszinhaz.hu, for information on events. 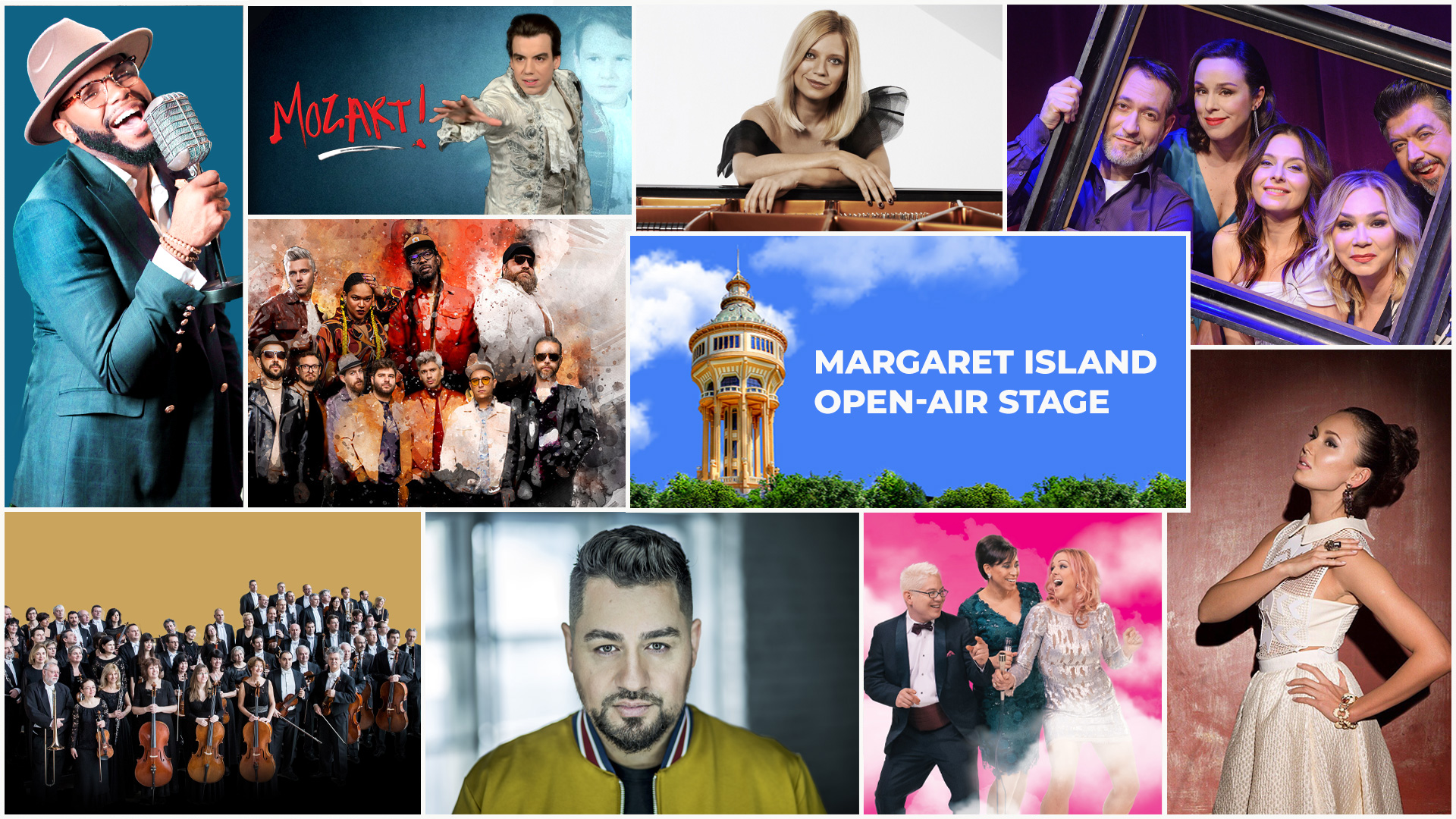 The featured artist for this year’s traditional Opera Gala will be none other than Placidó Domingo’s discovery and partner, the enchanting and justly world-famous soprano Aida Garifullina. The conductor for the evening will be Pier Giorgio Morandi, who regularly conducts in the world’s most extraordinary opera houses. Francesco Meli, the exceptionally talented tenor with a fabulous career, will perform Puccini’s “Tocsa,” together with local stars: Eszter Sümegi and Mihály Kálmándy. After 18 years, a new production of Verdi’s “Attila,” a sweeping opera with a connection to Hungary, will occupy its rightful place on the main stage of Margaret Island. Debuting in the title role as the King of the Huns will be Gábor Bretz, a constant guest at international venues who has won over this country’s opera fans with his commanding voice and character. He will be joined in the role of Odabella, daughter of the Lord of Aquileia, by the dazzling Maria Agresta, whose appearances in the world’s most respected venues are always crowned with success. Meanwhile, master pianist Valentina Lisitsa, known for her wild, pounding renditions, is certain to enchant the audience at the opening concert by the National Philharmonic Orchestra, conducted by Domonkos Héja.

The Margaret Island Theater also invites visitors to the heart of Budapest on an exciting journey and adventure. The summer theater, nestled in the island’s incomparable natural setting, boasts unique features and proportions: a 3,000-person auditorium, a theater shuttle boat and a wharf, and the registered Water Tower (which also serves as an exhibition space). It provides an impressive home for artists and demanding, culture-hungry audiences alike.

More than threater, it’s an adventure!

For more details about productions: www.margitszigetiszinhaz.hu

This article was first published in the Budapest Business Journal print issue of April 22, 2022.

Korean Air Launches 2 Flights a Week Between Budapest and Seoul