The government’s priority is to maintain economic growth in Hungary despite the adverse effects of the war and sanctions, Minister of Finance Mihály Varga told the eighth Business Meets Government conference jointly organized by the American Chamber of Commerce in Hungary and the Hungarian Investment Promotion Agency in Budapest onOctober 24.

In his keynote speech at the conference, subtitled “Steering Through the Crisis,” the finance minister highlighted the government’s measures, including the introduction of a price cap on some staple foodstuffs and fuel, the preservation of the value of pensions, the freezing of interest rates until the end of the year, and the introduction of a HUF 350 billion support program for small- and medium-sized enterprises.

After the Hungarian economy grew by 7.3% in the first half of the year, gross domestic product is expected to expand by 4.5% overall this year; a slowdown is thought likely in 2023, but positive trends can be expected from the second half of next year, Varga said.

He recalled that the deficit target for 2022 had been lowered from 5.9% to 4.9% last year, government investments that could be postponed were rescheduled, budgetary authorities were ordered to be more frugal, and consolidation measures were announced in the spring to help balance the budget. He said it was a “huge achievement” that the deficit had hardly increased since May and that the public finances were in surplus in September. The cabinet hoped to achieve the same in October, he added. 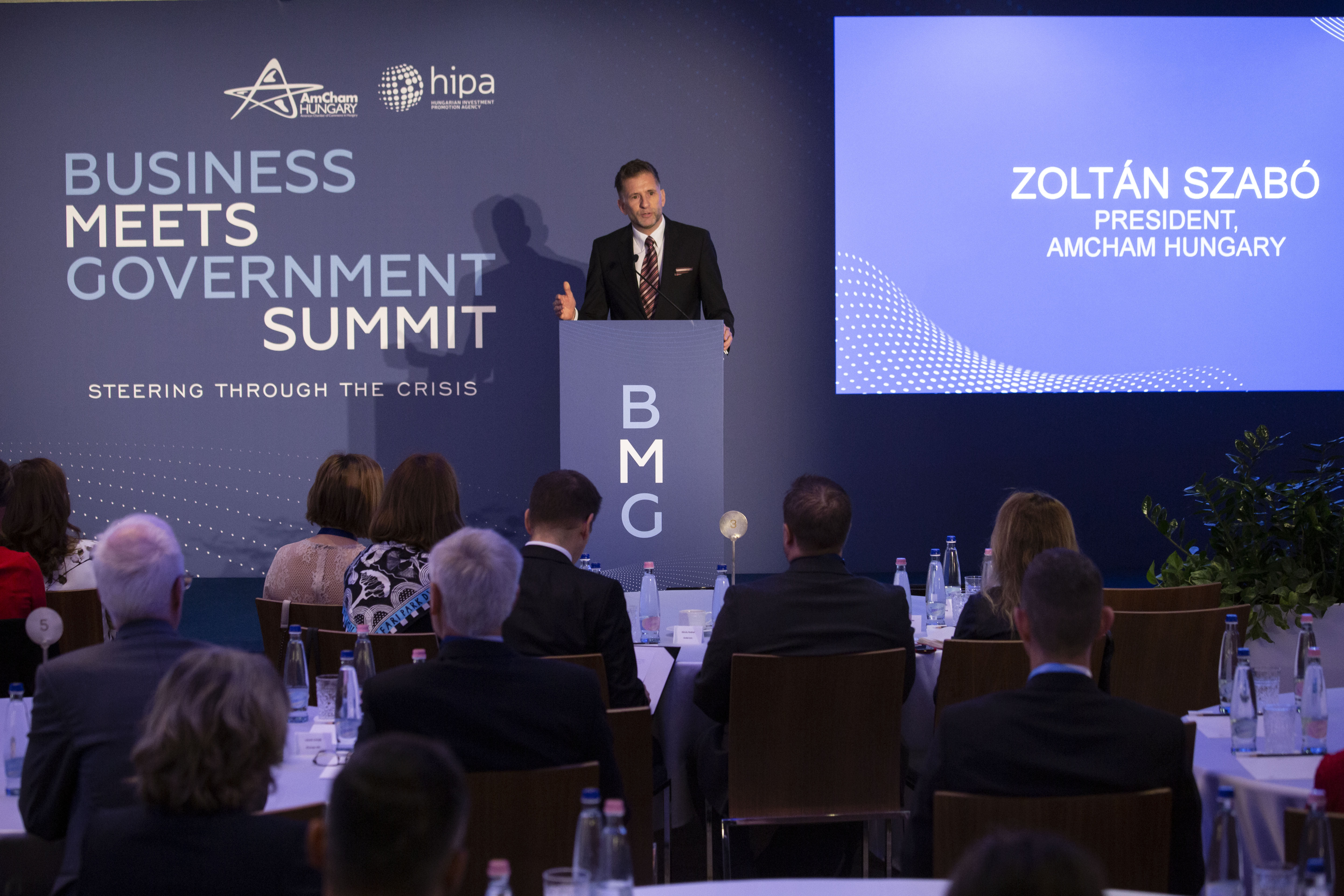 He said that the government was in the “final phase” of negotiations with the European Union. As a result of the “constructive dialogue,” it has developed an “ambitious recovery plan,” which covers demography, the green transition, sustainability, infrastructure and digitalization. The finance minister stressed that some of the plans would be implemented by mid-November as agreed, opening up the possibility for recovery and cohesion funds to be accessed by the country this year.

Varga said that Hungary had emerged from crises in recent years stronger in economic terms, and he was confident that this would be the case again.

“Even though we are physically close to the war in Ukraine, in the medium term, the economic outlook is better than in many other EU countries further away,” he said, pointing out that the Hungarian economy could achieve one of the highest growth rates in the region this year.

Varga also stressed that the United States is one of the country’s most important commercial partners, with bilateral trade worth USD 7.1 billion last year, of which Hungarian exports accounted for USD 4.2 bln. He noted that more than 1,700 U.S. companies are present in the country, 92 of which have entered into strategic partnerships with the government. In the first year of the epidemic, 2020, these companies created 2,496 new jobs here and another 1,000 in the following year, he said.

In a statement issued to mark the conference, the Ministry of Finance said that the rise in employment from 3.7 million to 4.7 million people over the past decade, record low unemployment, and sound investment were all excellent reasons to counter the effects of Russia’s war in Ukraine.

It pointed out that the government is providing the resources for tax simplification, a factory bail-out program, and targeted support for energy-intensive small firms in a way that preserves fiscal balance. Thanks to these measures, Hungary’s financing is secure despite the deteriorating external environment, with Hungarian papers selling at auctions multiple times oversubscribed, the ministry said.

The other keynote speaker was Susan Danger, CEO of AmCham EU and chair of the umbrella AmChams in Europe organization. She took as her subject “Why we Need the Transatlantic Relationship in Times of Crisis.” Apanel discussion on the European business outlook for this year followed featuring Danger alongside Sapthagiri Chapalapalli, head of Tata Consultancy Services Europe, and Liam Benham, vice president of government and regulatory affairs in Europe for IBM, and moderated by Márton Dunai, the Southeast Europe correspondent at the Financial Times.

This article was first published in the Budapest Business Journal print issue of November 7, 2022.

Climate Leaders to Meet at the Budapest Climate Summit on De...