Chances are, if you’ve ever spent more than 15 minutes in conversation with a Hungarian, he or she will mention either Ferenc Puskás or the Treaty of Trianon. Quite possibly both.

Géza Jeszenszky, three of whose grandparents were born outside the present borders of Hungary, while the fourth was killed in an early battle of in World War I, was, as a result, a history buff from an early age. His latest book, published this fall, covers the period from 1894-1918, but it is really about Trianon, even if that was only signed in 1920: Puskás was born seven years too late.

The young Jeszenszky was soon pondering a truly Magyar enigma: How was it that Hungary won much admiration from liberal Western countries (especially Britain) after its 1848 revolution against its absolutist Habsburg rulers, seemingly maintained much of this kudos until the early 20th century, only to end up geographically savaged by these same powers not two decades later, after World War I?

The Treaty of Trianon left Hungary bereft of two-thirds of its historical territory and with more than three million Magyars outside the newly defined rump state. And this despite the high principles proclaimed by U.S. President Wilson that self-determination would be the foundation of the post-war settlement.

Things like this don’t just happen, Jeszenszky thought: He determined to find out why. The first result, “Az Elveszett Presztízs”, (“yLost Prestige”) was published in Hungarian in 1986, only to be revised and republished again, ultimately to result in this new English-language volume.

By 1894, Hungary was feeling the positive economic effects of the stability created by the Ausgleich, the compromise reached with Vienna in 1867 that created the Austro-Hungary Empire.

Yet in the Hungarian part of the Dual Monarchy, these same positive developments were also having negative consequences; people began to take things for granted, forgetting the misery caused by political instability so prevalent in the first half of the century.

More nationalistic Magyars began to view the Kingdom of Hungary’s success as their own, and were demanding more, if not complete independence from Austria. Yet the population of Hungary was only about 50% ethnic Magyar: the remainder saw themselves as Romanian, Serb, Croat, Slovak, Ruthene and German, among others. Similarly, many of these wanted more independence from Hungarian rule.

Jeszenszky takes the reader through this heady mix in some detail, mostly through the prism of British writers and politicians. In the first decades after the Ausgleich, Hungary was viewed in Western Europe as a stable, progressive force. But as its leadership increasingly responded to the demands of its minorities with nationalistic repression, most especially from around 1905-06, while simultaneously clamoring for similar concessions for itself from Vienna, Britain and more liberal Western countries began to change their assessment.

And when Austro-Hungary sided with Germany in 1914, it proved impossible to reverse the decline. Unfair it may have been, but ultimately the result was Trianon, in part because of the need to create large successor states as a bulwark to any German revival.

Anyone reading the title of Jeszenszky’s book (“Lost Prestige: Hungary’s Changing Image in Britain 1894-1918”) might infer it is a sub-niche contribution (i.e. a study of British views) to an already niche subject, that is a mere 25-year segment of Hungarian history.

This would constitute a series of mistakes: first, Britain was, at the time, the global super power. It saw danger in an aggressive, fast-developing Germany. London had a strong interest in seeing a balance of power in Europe, seen as essential to maintaining peace and progress, and Austro-Hungary was a crucial element in this.

British media, particularly The Times newspaper, was a revered source of information globally. Hence Henry Wickham Steed, its correspondent in the region, wielded enormous influence, well beyond the shores of the British Empire.

Similarly, the writings of R.W. Seton-Watson, a British political activist and historian, had an inordinate impact on Anglo-Saxon and international perceptions of Hungary. Both sympathized with Hungary initially, only to become ardent critics later.

Jeszenszky frequently cites both throughout the book, but equally, he refers to the policies of other nations, including those of the United States, France, Germany and, inevitably, Austria, where it matters.

Perhaps more importantly, the author provides profound insights into how the Hungarian parliamentary system, or the parties within it, differed in their fundamental understanding of what democracy was about.

Hence, while many of the Magyar political elite expressed admiration of, and often sought to compare Budapest favorably to, the London parliament, in practice the comparisons were frequently superficial and Hungarian politicians’ own behavior all too often failed to imitate their Western counterpart in practice.

As just one example, Jeszenszky notes (page 27): “A further notable difference [between Budapest and London] was that parliamentary obstruction, as something alien to the spirit of the parliamentary system, became confined to very narrow limits at Westminster under a series of measures (the ‘guillotine’) between 1881 and 1887, whereas in Hungary such tactics were notoriously rife and often led to grave crises, a fact that often drew British criticism on both theoretical and practical grounds.”

Indeed, the willingness of politicians to put party politics before the greater good was all too common in Hungary. As the writer notes, one of the best (or worst) examples was when the opposition insisted that the language of the army in the Hungarian portion of the Monarchy had to be Hungarian, rather than German, as elsewhere across the Empire.

This was a move the Emperor would not, and in practice could not, sanction. Thus political activity in Hungary was frozen for months and resulted in a sharp decline in the country’s image in the West.

By highlighting such abuse of parliamentary procedures, Jeszenszky illustrates the crucial element required for the success of any genuinely democratic system, which, at its core, is a compromise based on trust.

In the final chapter, he examines the reaction of Hungarians to the “lost prestige” of their country in Britain and the West, and its role in fashioning Trianon.

He writes: “For most Hungarians at the time, there was an obvious explanation for this change: the critics were hirelings, paid to ruin the Hungarians’ good name by the nation’s enemies [namely] certain groups in Vienna, the national minorities in Hungary, or perhaps the malevolent neighboring countries.”

Nationalist media outlets soon supported such conspiracy theories, with “lurid charges”, while Seton-Watson was branded as “the mouthpiece of influential Austrian parties and circles”. The British historian certainly had contacts with critical minorities and parties, but, says Jeszenszky, he did not become their tool or mouthpiece.

In short, most Hungarians reacted to criticism from foreigners with knee-jerk, ad hominem attacks, rather than meaningful self-examination or reflection as to their veracity. Sounds familiar? Jeszenszky certainly thinks so. He urges Hungarians today to learn from their past.

No historical study of Hungary is a light read, but Jeszenszky does a remarkably good job. Crucially, his book reads as if written by a native, rather than the many translation disasters that litter book shelves.

It certainly makes an excellent primer when meeting a Hungarian who brings up Trianon in the first 15 minutes. 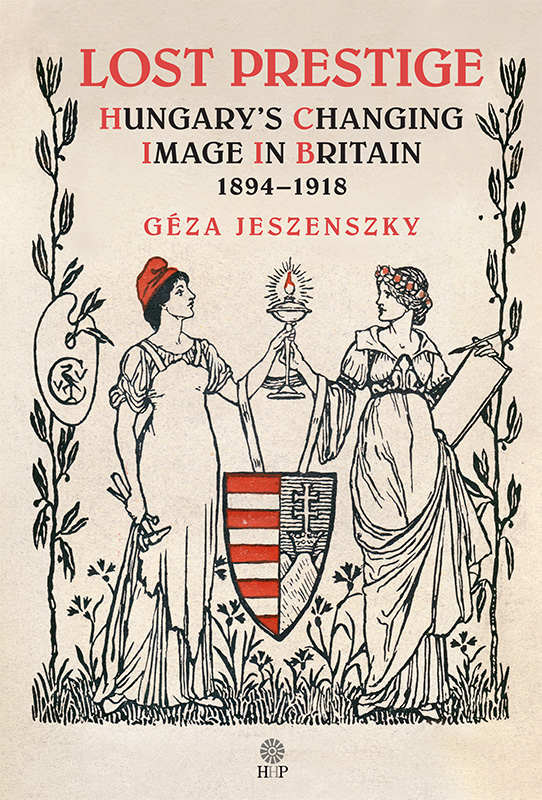 The author is a historian and was foreign minister in Hungary’s first post-communist government of 1990-94. He later served as ambassador to both the United States and Norway.

Phone books phased out in Hungary