From Charming Budapest Art Deco to the Social Surgery of drMáriás

Wandering around the superb Budapest Art Deco. Posters. Lifestyle and the City (1925-1938) exhibition at the Hungarian National Gallery I had the thought, admittedly not exactly life-shattering, that what I saw as purely decorative was once cutting edge and contemporary.

Exquisite as the work was, it was also aspirational and promoted products, holidays and escapist movies and theater at a time when Europe was in turmoil and things were about to get much worse.

It occurred to me then that I know embarrassingly little about contemporary Hungarian art. Through a friend, I was introduced to the work of painter and visual artist, novelist and musician (he fronts the band Tudósok) drMáriás.

This polymath artist came by his name when, “In the chaotic pre-war world of the 1980s, I was studying at the University of Art in Belgrade,” he tells me. “I was protesting against the oppression led by Milosevic, and it was time I chose an artist’s name. My father, who was a doctor and the head of the hospital in Novi Sad, wanted me to become a doctor,” he continues.

“I decided to take his name but changed it by adding a small “d” and “r,” so it became an artist’s name rather than a professional title. I play the role of a doctor who wants to heal society with his art. It’s social surgery. By becoming a musician, I was also following in the footsteps of my mother, a jazz pianist. I describe my music as kicking jazz punk.”

When he began, aged 18, drMáriás was making graffiti-like art. His work then became more meditative, symbolic, philosophical and metaphorical. But, after he realized that “there’s one topic you can’t run away from: social pressure and injustice, ideological tyranny and [the] constant lying being called politics,” he slowly began reflecting this in his work. For the past 20 years, he’s mainly been painting politicians, criminals, artists and celebrities. 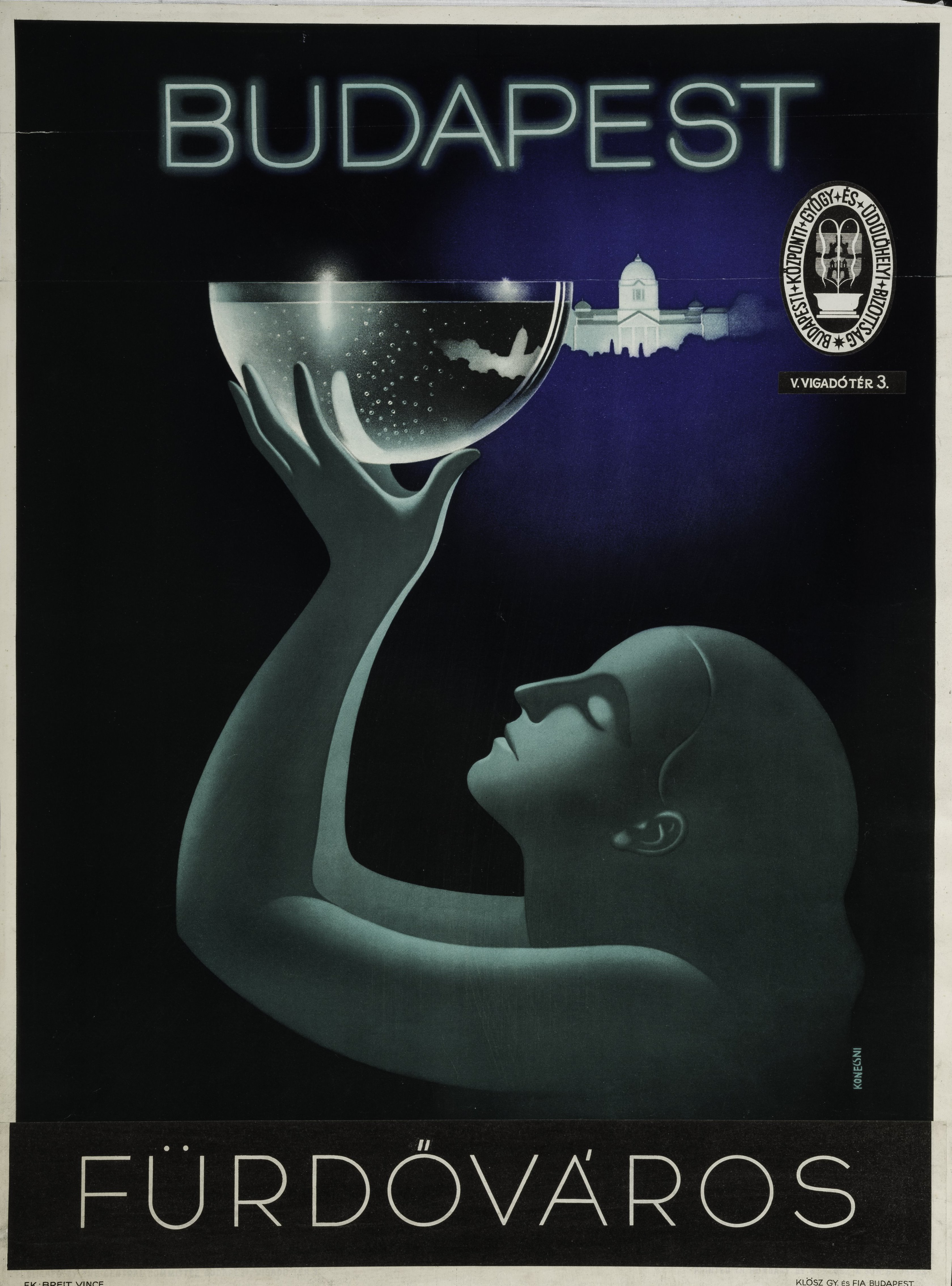 “It’s a punk gesture,” he explains. “I’m showing them as they really are while protesting against their power.”

His work certainly has a rough and ready punk quality. But it also, rather deftly, acknowledges his fine art training. His satirical depictions of contemporary politicians are combined with references to artists as diverse as David Hockney, Egon Shiele, Seurat and Matisse. drMáriás cites all of these artists as influences as well as Hungarians such as Imre Bukta, László feLugossy and István efZámbó. He’s also inspired by the great punk artist Jamie Reid, mainly known for his work with the Sex Pistols.

“I’m twisting elements of classical and modern art to end up with an effect that causes the viewer to question whether there’s something wrong with their eyes,” drMáriás said. “I mix two worlds: art with its beauty and the political-historical context with its horror.”

Today, drMáriás’ income comes mainly from his visual art and some from his music. He’s also the editor of the website of the A38 Ship, the boat permanently moored on the Danube in Budapest which regularly hosts great music. If you’ve never checked out A38, you most definitely should.

When I mentioned to my Hungarian partner that I was interviewing drMáriás, I was surprised she knew who he was. I thought I’d discovered a provocateur who did his subversive work deep underground but, in virtual reality, he has a large following online.

This came about when drMáriás realized that “my art is way too problematic for the official exhibition spaces. I began publishing it on social media. In the beginning I was frustrated because I couldn’t show my work in its original quality,” he says.

“But then I understood that, because I aim to communicate and interact with people about important social issues, I should post my art online together with words. I’ve now built up a relatively large online community interested in politically critical art and in my openminded attitude.”

That’s not to say drMáriás doesn’t have a real-world presence. He’s currently showing at the Godot Gallery on what I’m assured is the achingly hip Bartók Béla utca, up from the Gellért Hotel. I’m waiting to visit the Godot, which is among the top private galleries in Hungary and has been representing drMáriás for almost a decade.

“It’s the only place in Hungary where I can regularly have completely free solo shows every year,” he tells me. “Gallery owners Gábor Kozák and Zoltán Sáfár are among the most inventive, active, free spirited and successful players on the Hungarian contemporary art scene.”

drMáriás also exhibits outside Hungary. A few years ago, a young man by the name of Bálint Németh, a Hungarian living in England, visited his studio to buy a painting. drMáriás takes up the story.

“We talked and a friendship developed. Németh came up with the idea of presenting Hungarian art with a critical perspective in England, where people aren’t even aware it exists. Németh opened the 89 Gallery in London to show work by people like myself and Péter Weiler, a famous Hungarian artist.”

For people such as myself, finding interesting art and performance in a city and country we don’t know that well is always a challenge. drMáriás suggested I head for “the outskirts of the cities and festivals like Fishing on Orfű, Ördögkatlan, Bánki Tó, Fezen, Szigliget Várudvar or, in Budapest, the Tilos Maraton at the Dürer Kert in mid-June. But there are always pop-up venues with great music and art run by young and inventive artists in places like ruin bars, art studios and pubs or even ‘music garages.’ You just have to keep your eyes open and your ear to the ground.” 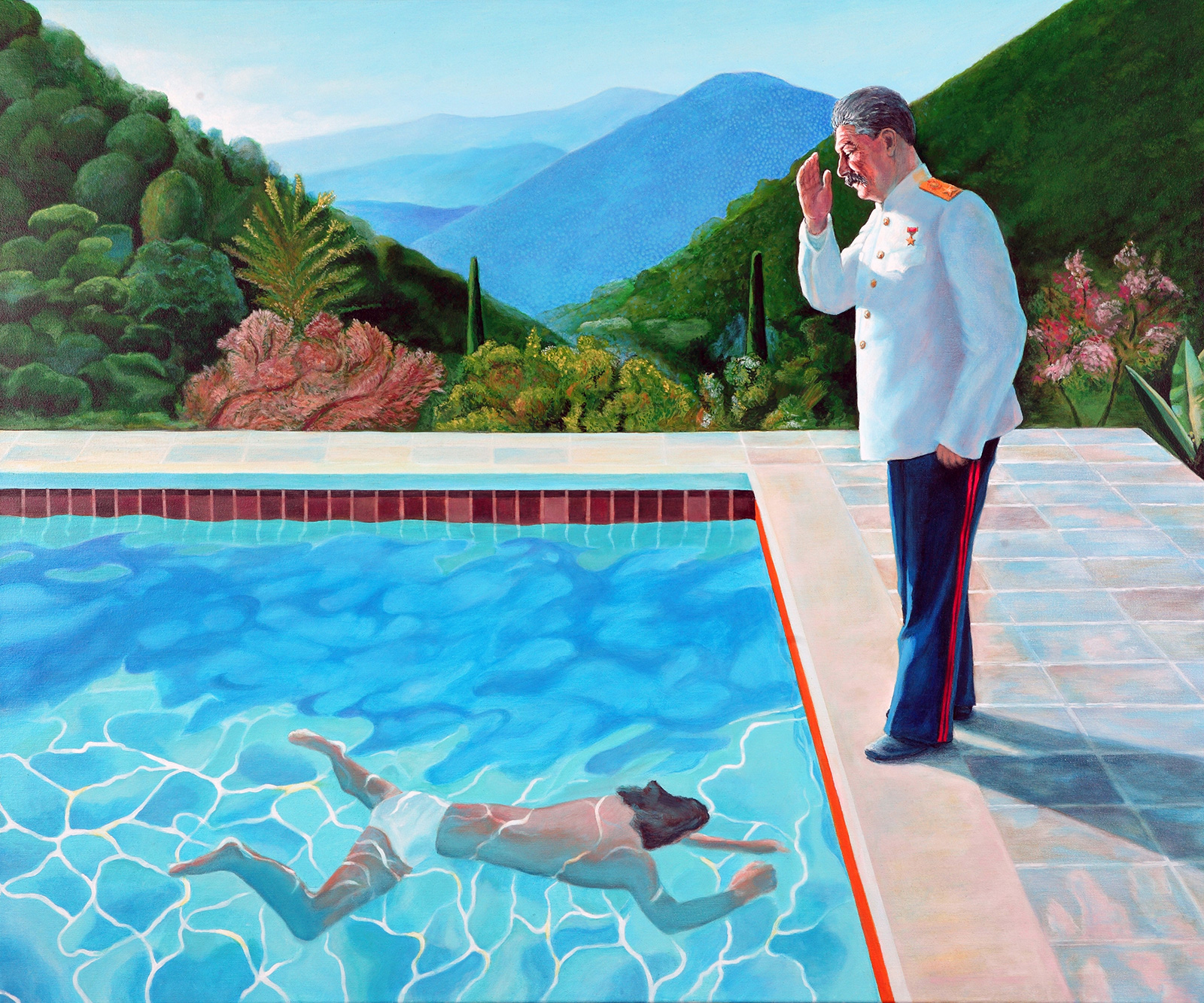 Have a good swim comrade! – Stalin in Hockney’s studio

You can view and buy drMáriás’ work at www.drmarias.hu. To find out what’s currently showing at Godot Gallery, go to www.godot.hu. The wonderful Budapest Art Deco exhibition is at the Hungarian National Gallery until August 28.

This article was first published in the Budapest Business Journal print issue of June 17, 2022.

Matisse Masterpieces Offer Another Fine Arts Exhibition in B...